A select crew made a very smart choice to fly under the radar during TC Gita, and reaped the rewards.

By now we’ve all seen the theatrical and spectacular performance Kirra put on under the spotlight of the TC Gita swell. However, by no means was Kirra the only place that lit up during the swell.

While everyone’s gaze was transfixed on the Gold Coast, a select crew including Bede Durbidge, Asher Pacey and Luke Hynd snuck out of town and headed to a fickle and undisclosed pointbreak on the off chance of scoring uncrowded perfection.

Boy did it pay off! The crew joined a handful of locals and together they shared an epic session.

Photographer Simon ‘Swilly’ Williams was on hand to shoot a few frames and sent through the following images. He’d also like to extend his thanks to the gracious local crew who welcomed them to the lineup and were kind enough to share the waves with them on what was an unforgettable day. 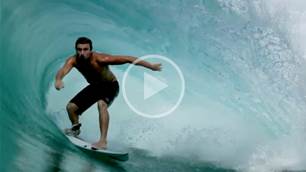