Over the last week the NSW coast has copped a battering from a powerful south swell event. It was raw and wild, leaving most places pretty much unrideable. Such is the curse of the south swell. They are plentiful in number but usually low on quality.

That is unless you live somewhere that possesses one of those rare spots that can harness the south swell energy. A corner, a bay that the swell can wrap into, not so acute that it loses the energy, but just enough to make the associated south winds more off than onshore.

Scott Dennis has just such a spot he frequents in just such a swell/wind combination, and he’s usually the only one who wants a piece of it cause it’s wild, as you can see in the images.

He got out there earlier this week for a few bomb runs, and convinced photog Simon Punch to swim out with him to capture the action.

Here’s a few frames from the mayhem.

All photos by Simon Punch 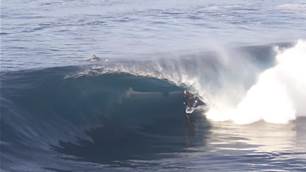 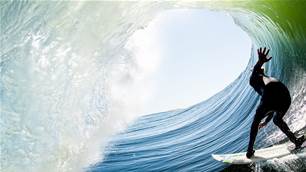 On the Chase with Scott Dennis 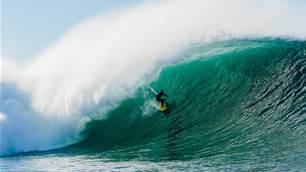