A weekly look at what the waves are doing in our fave Indonesian Archipelago.

It’s around this time of year that a good percentage of Aussie surfers begin getting itchy feet. No we’re not talking about a fungal infection from dirty wax, but rather the maddening bite of the travel bug. As Winter slowly rolls in we look north to Indo and start planning our escape. The lure of tropical tubes and Bintangs under Indonesian sunsets too much to bear.

To further entice, we’ve decided to run a weekly visual report on what the waves are doing in the Telo Islands. Tracks photog Simon ‘Swilly’ Williams is holed up a Resort Latitude Zero for the winter and every week he’ll be stuffing a scribbled report and a USB stick full of images in a bottle and tossing them into the Pacific to ride the currents all the way to the Tracks office.

For my last week at Resort Latitude Zero we scored a bit of a mixed bag. Waves were mainly in the three foot range, with very light winds and steamy equatorial days.

There were plenty of fun sessions had, and the best part was there was no one around. Three foot glassy waves on our own? I’ll take that!

The Latitude Zero guides have this place dialled like no other and always sniff out the magic on offer day in & day out no matter what the forecasts and conditions toss up. A big thank you to them for putting us in the spot and making it all happen.

Keep an eye peeled in Tracks for the shots.

Swilly would like to thank the following for their support:

Check out his site at swilly.com.au 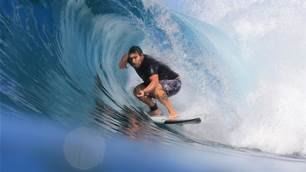 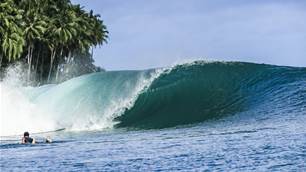 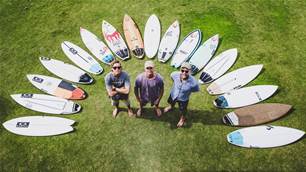