Burrow tangled with fellow Australian Lincoln Taylor as they both paddled into a Mainbreak peak. 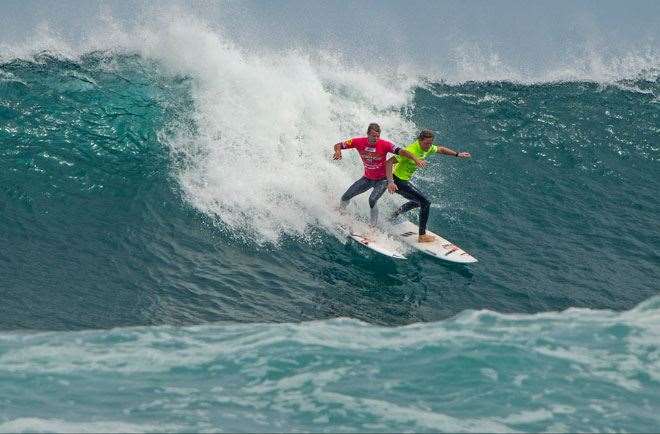 Number 2 seed and local favourite Taj Burrow was controversially eliminated from the Drug Aware Margaret River Pro late this morning.
Burrow took to the water in the first men’s heat of the day as competition resumed after three lay days.  In clean, solid 4 to 6 foot waves Burrow found himself tangled with fellow Australian Lincoln Taylor as they both paddled into a Mainbreak peak.
Taking off left, Burrow came into contact with Taylor who had also taken off on the wave.  In a margin call that could have gone either way, the judges made a controversial double-interference call, blaming both Burrow and Taylor and docking them both half of their second scoring wave.  Despite an 8 point barrel ride shortly after, the penalty proved too much for Burrow who was eliminated behind Brazilians Jadson Andre and Caio Ibelli.
“I've never been so confident in my life that the interference was not on me, ever, and they called it," commented a disgruntled Burrow post heat. "You’re in a four-man heat, you expect it, but you don't expect the call to go against you, it kind of seems like the judges should have a lot more experience with calling interference."
The elimination of Burrow follows that of Number 1 seed and reigning World Champion Joel Parkinson, who also was dealt with an interference call earlier in the week.  "It happens that regularly that you'd think they'd get it right and that definitely wasn't right," continued Burrow with his disappointment at the judges’ decision.
The result does not impact the 2013 WCT Title hopes of Burrow or Parkinson as the Drug Aware Margaret River Pro remains an ASP Prime event for the men this year.  However, next year it will return to the World Championship Tour for both the men and women.
The excellent swell forecast looks to continue, possibly peaking at over 3.5m on Saturday with a perfect 2.5m swell and offshore winds for the final day on Sunday.

Keep updated and watch the action live online at www.margaretriverpro.com 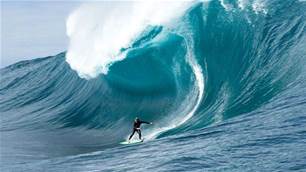 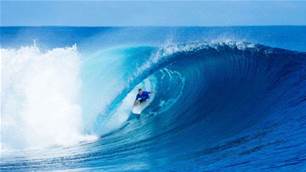 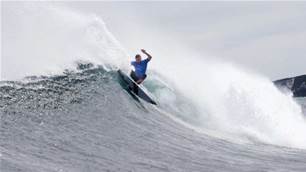