J-Bay means crunch time for some of the newbies and opens up huge opportunities for others.

One of the most perfect waves in the world is actually pretty complex to surf. It’s the sort of wave that really likes experience, and surfers who understand the wave and flow with it more than against it are by far the most enjoyable to watch. Who do we think is going to stack up out of the rookie class?

Ezekiel Lau is the rookie who is going to kill it at Supertubes. He is powerful, stylish and gung-ho, and his surfing has so many of the attributes necessary for big scores at JBay. He lays it on the rail like few others, he surfs with 100% full commitment at all times, and he hunts for raw power moves in the pocket when others might be looking further down the line. At the Ballito Pro last year Zeke had something else that is quite rare, and that was the one-move push, when on a few occasions he put absolutely everything into a single move, to the detriment of the possible points for a combo, entrusted to the fact that if the move was big enough the judges would reward enough. They did. He finished 3rd, pretty much qualified as a result, and vindicated his power to reward theory. He’s going to be great to watch at six-foot high-tide Supers.

Connor O’Leary is a bit of an unknown at Supertubes, but his performance last year in Ballito left little doubt as to his skills on his backhand. O’Leary has much going for himself, including Big Match Temperament as seen in his runner-up position at the Outerknown Fiji Pro, and there is a very good chance that he could progress through to the final at the Corona Open JBay. His vertical approach and total utilization of wave speed will play into his hands at Supers and his low-key approach and determination to succeed are all factors that could see him excel.

When the Billabong Pro JBay, as it was then known, was downgraded to a 6-star WQS event, Joan Duru showed that he is a force to be reckoned with in a variety of conditions at Supers. The contest period started off with firing surf, solid enough to snap the leg of South African charger Royden Bryson. The final day was poor, rainy cross wind and small, but Duru got a runner-up slot next to Adriano De Souza, showing the world his fast and vertical backhand surfing.

Ethan Ewing has got incredible potential to do well at Supers, as anyone would do who gets compared to AI, which is an attempt at irony. We don't like the comparison to AI, because Ewing is a brilliant surfer in his own right. Whether he will align his skills and motivation into a good performance at Supers is anyone’s guess, but it is clear that he wants a big result. Currently at 36th on the Jeep Leaderboard, he knows that he needs a huge performance to stay inside the bubble, and this might be the extra motivation he needs.

Portugal doesn't produce many world-class surfers, but when she does, those surfers are, well, world class. Tiago Pires was one fine example and Frederico Morais is following suit. An incredibly smooth style with power and innate tube riding skills, and the full gamut of innovation make him a worthy foe for any CT surfer at JBay, but his lack of competitive experience out here on a CT level might hinder him a little more than the rest of the rookie class.

While we are massive fans of Leonardo Fioravanti, for some reason he doesn’t excite as much as the hype. Perhaps it’s his terrible performance thus far this year with 4 x 25th placings, and a 5th that is holding the love back, but he is not appearing as the desperately hungry rookie out to win at all costs. Still, he is an incredible surfer and could easily outpoint any Championship Tour surfer on any given day, but he just needs to worry more about his performances instead of that of his competitors. If he works on his brain game and figures out the route, he could be unstoppable.

Ian Gouveia comes from fine surfing stock, and Fabio Gouveia had such a beautiful style at Supertubes when he was competing full time. On top of that he was a true athlete, reserved and polite with media and an all round true representative of Brazil two decades before the storm. Ian has the moves, but if he is anything like his dad as a person then he has the ability and personality to do well, and will be liked for it. Ian is a raw surfer and his results come from pure exuberance, so his Achilles heel might be a lack of ruthlessness. 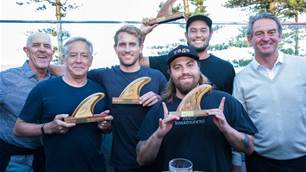 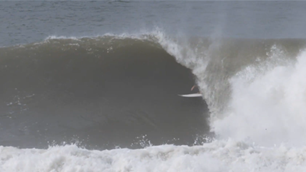