We talk to the key players on a trip that changed surfing.

It’s almost 20-years since Tracks first broke Shipsterns. Pre-2000 the wave had been surfed. Local charger Andy Campbell had surfed it, on his own, for a good chunk of the 1990s. In 1999 Rasta and Margo had traveled to a wave they called “Fluffy Tonkas” with Campbell, the footage appearing in Justin Gane’s 2000 film Pulse.

Yet no photos had appeared in print, until Tracks organised a trip with Tasmanian photographer Sean Davey. Koby Abberton, Kieren Perrow, Mark Mathews and Drew Courtney signed up and, well, the rest is history. Here the key players on that trip talk through the mission that unveiled one of surfing’s all-time big wave slabs.

“It was May 2001, just after the Margaret River contest, and myself and Koby arrived in Tassie early. The first few days though were stormy and the surf was horrible. That night on the TV news there was footage of perfect waves at Kirra during a cyclone. As soon as he saw that Koby booked a flight to the Gold Coast, bailed and left me.” Mark Mathews

“KP turned up, who I’d never met. We were sharing a room and everything he owned was neatly folded and in a row, I was like, ‘Fuck, this guy is the biggest dork I’ve ever met.’ I had absolutely no idea that this dork was the biggest charger I’ve seen in surfing.” Mark Mathews

“I actually mistimed the jump and the surge slammed me into the back of the wall. My board hit me so I was bleeding from the mouth before I was even in the line-up. Not ideal, given how sharky the place is.” Kieren Perrow

“On the first set, they were almost all cleaned up on the inside. The wave jacked from a solid eight to 12-foot and we suddenly saw how serious it was. My local mate Dave, who had taken us in there, was calling the boys in. We just thought it was way too dangerous.” Photographer, Sean Davey

“Just getting a handle on the wave was so hectic. That step is so unpredictable. It doesn’t happen every wave and it doesn’t happen on the same spot. It took a while to get our heads around. And in each set it was getting bigger.” Kieren Perrow 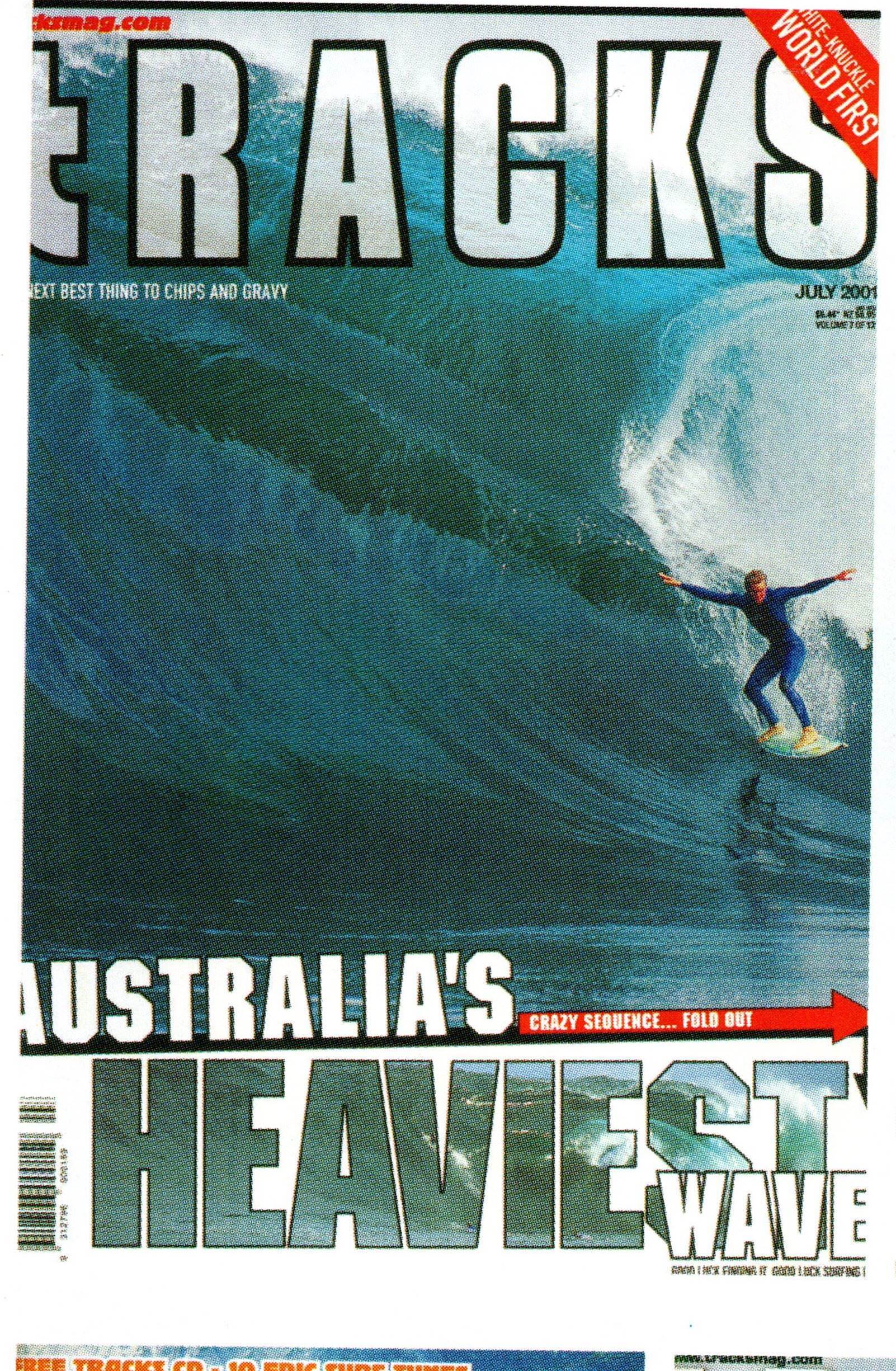 Kieren Perrow going down what would become surfing's most famous staircase, on the cover back in 2001.

“Around that time the Kelly Slater Playstation game had just come out where you could get a point of view footage riding the hugest waves that didn’t even look remotely real. I remember getting a barrel out at Shippies and that thought flashed through my head. It looked exactly like that game and I was blown away.” Mark Mathews

“That remains the biggest, thickest barrel I’ve ever ridden. The sheer scale of it is burnt into my memory.” Kieren Perrow 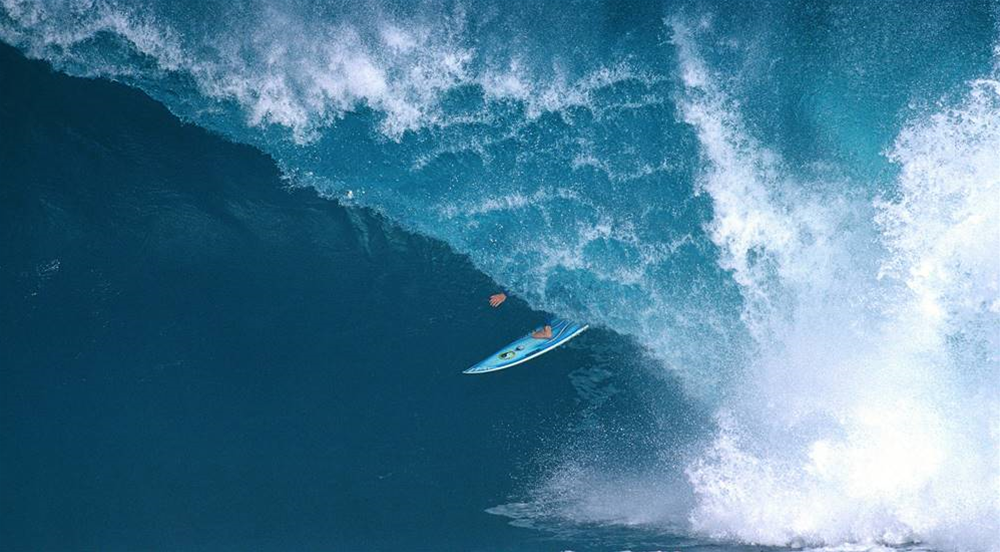 “I knew immediately that this was a really special wave. I also knew that this session would change surfing. At the time there were so many slabs around the world that surfers were looking at, but were convinced were unrideable. Shippies showed what was possible. It was the birth of serious slab hunting in many ways.” Sean Davey

“Everyone had their own ideas, but that trip pushed that thinking forward. I mean just on equipment it changed my whole mentality on what boards to ride at Pipe for example. I walked in there with a 7’6” for God sakes!” Kieren Perrow

“Off the back of the exposure I got sponsored. Prior to that I was working bars. I immediately quit the day jobs and started chasing swells. I’ve been doing that ever since really.” Mark Mathews 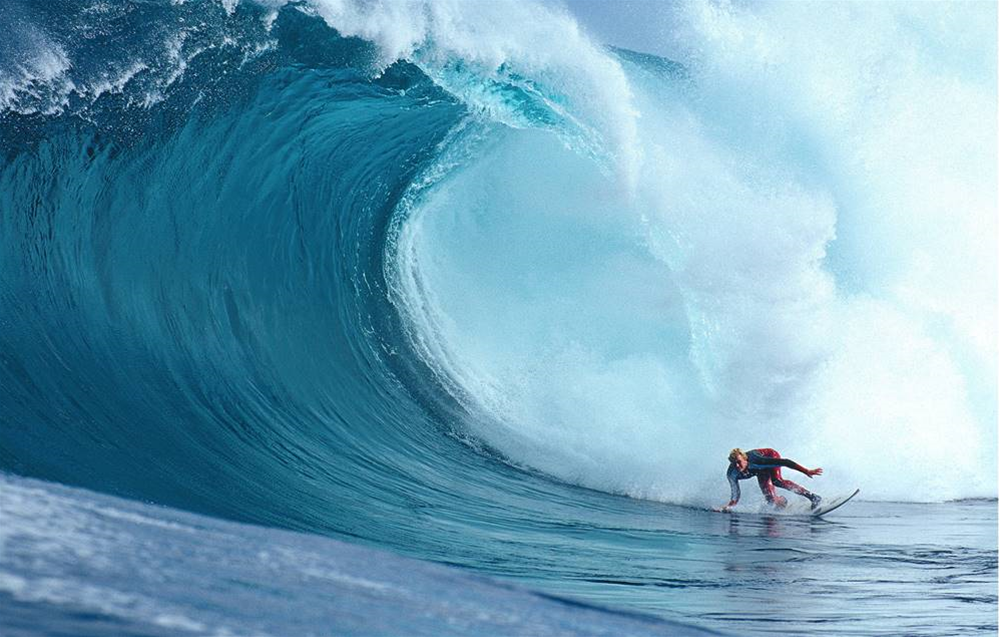 Mark Mathews scooping into a life-changing cave during his maiden session at Shippies.

“It was film back then, so it took about a week before we could check the photos out. That night Davey was saying, ‘You guys are going to be stars. That was the craziest shit I’ve ever seen.’ We were like, ‘Yeah whatever Davey.’  And then we saw the photos and I couldn’t believe what we had ridden.” Kieren Perrow 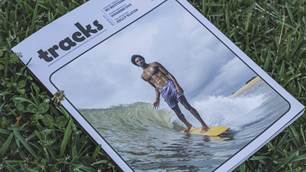