Thoughts in the wake of the tragic murder of Sean McKinnon.

My partner and I travelled New Zealand by campervan ten years ago. Or the north island at least. And it was twelve years ago in fact. But still.

Raglan is one of the first stops for a surfer. You fly into Auckland, hire your vehicle and two hours later you’re there.

The afternoon we arrived I surfed Manu. It was three-foot and fun, a little cross-shore, a little crowded. I didn’t get as many good ones as I would’ve liked but when do you?

Afterwards we drove out and parked in a little car park on a high headland where the wind howled and the ocean was a long way below us. It was desolate and beautiful in the late afternoon and we ate our dinner in the light of the burning sunset.

The wind howled into the night and shook the van. The bed was smaller than we would’ve liked and it was hard to get comfortable. Sleep was a broken thing and then at some lonely hour a car pulled up next to us, its headlights forcing their way into the little corner of the earth we’d tucked ourselves away in. My partner was spooked. I didn’t say it at the time but I was too. We lay there listening, hearing the powerful sound of our own breathing. Eventually the headlights went out. Through the curtains I could see the car next to us in the murky dark. Someone was in there, less than two metres away. We listened harder. Eventually we fell asleep.

The next morning we woke and had brekky. In the daylight the car next to us was just a car, the person in it just somebody sleeping. Somebody else who’d been looking for a little corner of the earth to tuck themselves away in. We left them there and I went off to surf Whale Bay and Indicators. In my head the fear that’d arisen the night before seemed trivial. But we didn’t sleep there again. We slept on a street somewhere, close to houses and people.

Some years later, on another trip, on an island in Brazil this time where nothing aroused fear in us and the whole experience was quite idyllic, I read Bill Bryson’s A Walk in the Woods, about his experience walking America’s Appalachian Trail. I remember one part vividly. He described coming upon a part of the woods that stuck out to him, struck him as disarming and beautiful, and then described finding out some months later about two girls who evidently thought the same thing, camped there, and were murdered in their tents. That stayed with me. Haunted me in a way that certain reading moments – like certain surfing moments – can.

I don’t know what it’s a reminder of.

I wish his family and loved ones my deepest condolences. 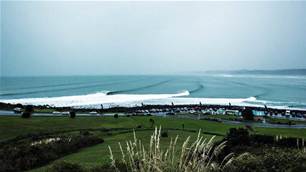 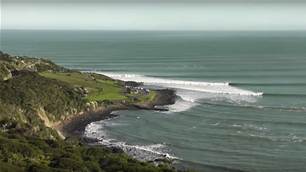 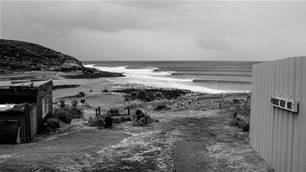 Byron, Raglan and Tofino: A Love Affair With Three Sisters