A diminutive dynamo who is the son of a karate champion and grew up in the less-sexy part of Oahu just revolutionised the way we look at the WSL tour. Keanu Asing grew up in Ewa Beach on the southwest side of Oahu. While his dad travelled overseas for karate tournaments, Keanu spent most of his time travelling to the south shore to surf Ala Moana and Kewalos. In Hawaii he would be called a “Towny” and his surfing roots probably share more in common with Gabriella Medina than they do with John John Florence.

Today Keanu toppled them both with a performance that zoned in on the section of the criteria, which calls for speed, power and flow. Asing’s linkage between his low centred, rail cleaves and tight hooks was often seamless. Perhaps those who lust for more progressive trickery wouldn’t have liked it, but fans of silky surfing that involves choreographing a series of manoeuvres into a delicate weave, were applauding. 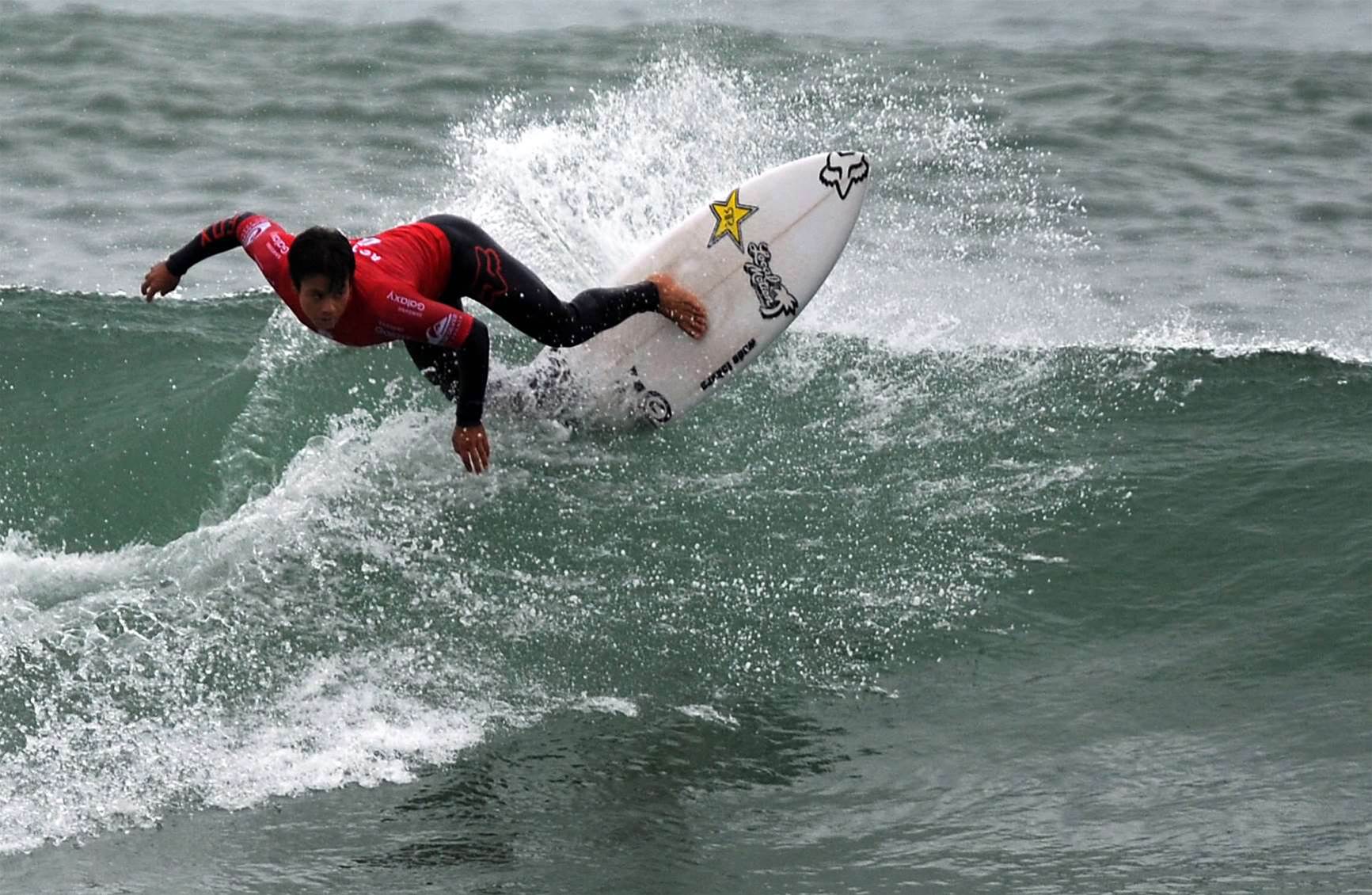 On a rail and prayer – Keanu Asing en route to vitory in the Quiksilver Pro France.

The win sends a strong message from the judges – they’re just as willing to reward well executed power surfing as they are innovation. In simple terms they arte sticking to the mantra that it’s not so much what you do but the way that you do it. Asing’s victory also comes as a slap in the face to those who suggest there should be fewer surfers on tour. Keanu, like Matt Wilkinson earlier in the year, proved that any member of then top 34 is capable of claiming an event. Hopefully someone had a speculator bet on him at the start of the Quiksilver Pro because the odds would have been sensational.

In terms of the world title race the results in France suggest that both in terms of momentum and mathematics the advantage is very much with Medina and John John.

It’s the kind of rivalry we want to see in the modern surfing world with arguably the world’s best natural footer pitted against the world’s best goofy-footer. Results to date this year suggest there are unexpected twists to come, but all we can really do is hope the waves for the final two events do justice to the compelling scenario.