We examine the Championship Tour of the future with a few surfers missing from the current paradigm.

Joel Parkinson burst onto the professional surfing scene in JBay in 1999, winning the Billabong Pro JBay as a wildcard. His surfing was fast and radical, and that victory was the one that got him recognized, as well as boosting his confidence level to that of one of the best surfers in the world.

His world tour presence culminated with a world title in 2012 as well as the title of Pipe Master that same year. Not that he has slowed down much since then, with a win at the Oakley Pro Bali 2013, and a constant Championship Tour qualification since.

It has been a long time having him on the tour, and after 20 years he will leave a huge gap, but there’s no doubt that Parko will continue having a massive presence, as arguably the world’s most naturally gifted surfer is not going to go gently into that good night. 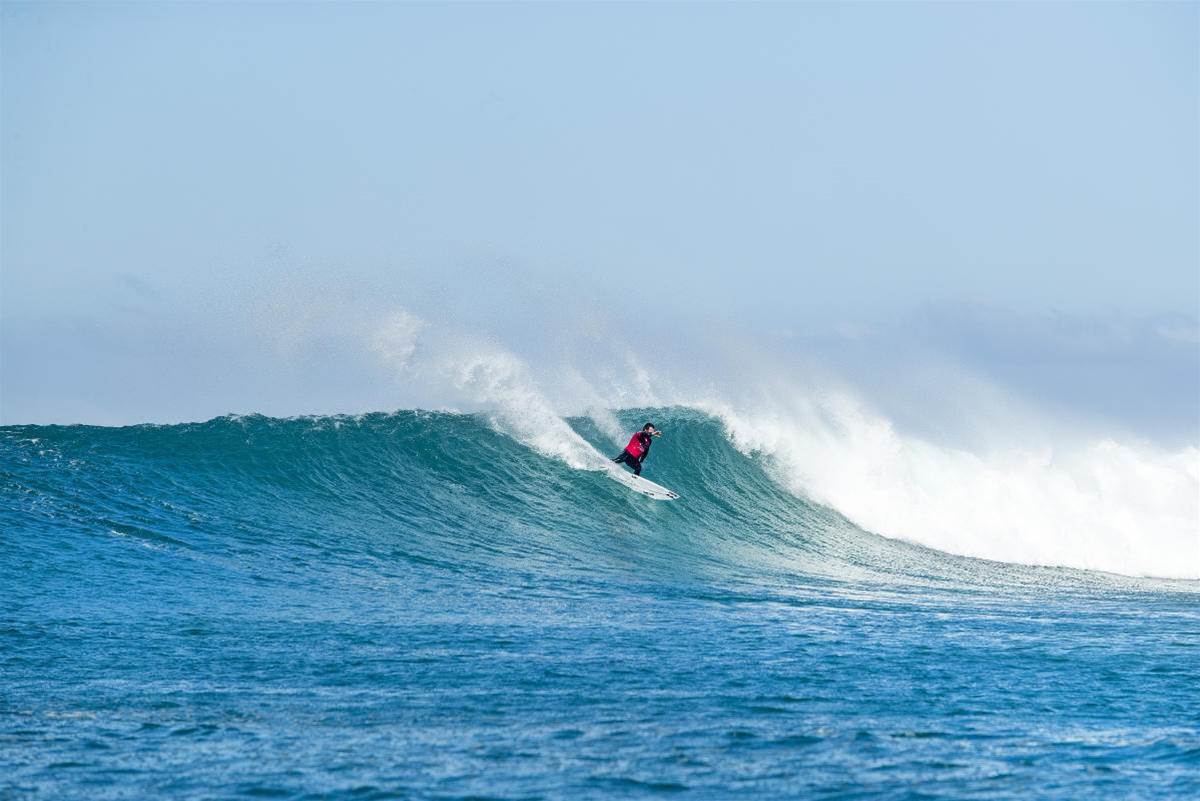 The sight of Joel Parkinson on rail will be sorely missed. WSL/Cestari

Mick Fanning has been off the tour since Bells this year, and he too has had a massive presence over the years on the Championship Tour, a presence that includes three world titles (2007, 2009, 2013) numerous contest wins and a fistfight with a Great White shark in JBay in 2015.

He was also known as ‘the fastest surfer on the planet’ and his white lightning speed and polished surfing was often too much for his competitors who often gave up the fight before the fight was over, totally intimidated by his fierce surfing and calculated determination.

Since departure, he has been on Rip Curl Search missions again, including a return to The Snake and trips to colder climates, and we will be seeing much more of him in surf media going forward.

Matt Wilkinson is looking a little bit suss for requalification at this stage as athlete number 34 on the Jeep Leaderboard. He will need a massive push and a whole lot of luck to requalify for the next season among the zealous surfers above him, who want nothing to do with people below them, and are all hell-bent on securing their own slots. Wilko has had a fairly obvious run of poor luck this year, and he has also made a few mistakes and possibly a few poor judgment calls – his performance at the Surf Ranch Pro was particularly disappointing – but he is an incredibly talented surfer and one of the most popular characters on tour. Apart from dressing up in various crazy designer wetsuits, wearing roller blades to the Surfer Awards and racking up the biggest bar tab ever seen on the pro tour, he has a savage backhand attack and lays it down when the surf gets solid. The tour will be a lot quieter without him, more’s the pity. 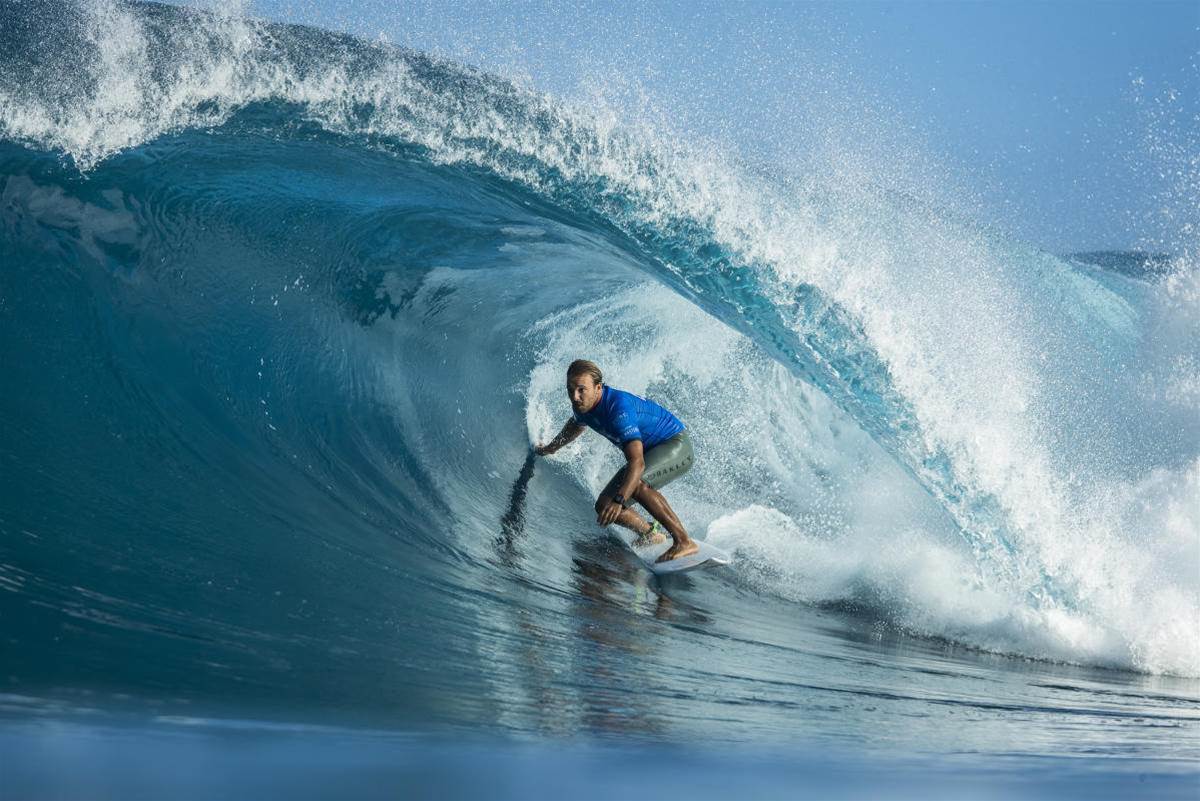 Ciao Ibelli's busted foot pits him against Slater and John John for the injury wildcard slots in 2019. WSL/Poullenot

The 2016 Rookie Of The Year, Brazilian Ciao Ibelli, is on the forefront of the Brazilian Storm and has been there since it became a thing. A genuine broken foot has seen him unable to compete since Margaret River / Uluwatu Pro. Invariably he down the ratings to a dismal 38th place, after the Surf Ranch Pro. He has only one way to get back onto the tour an that’s via an injury wildcard, and that’s pretty complicated with both John John and Kelly Slater* hoping for the same. 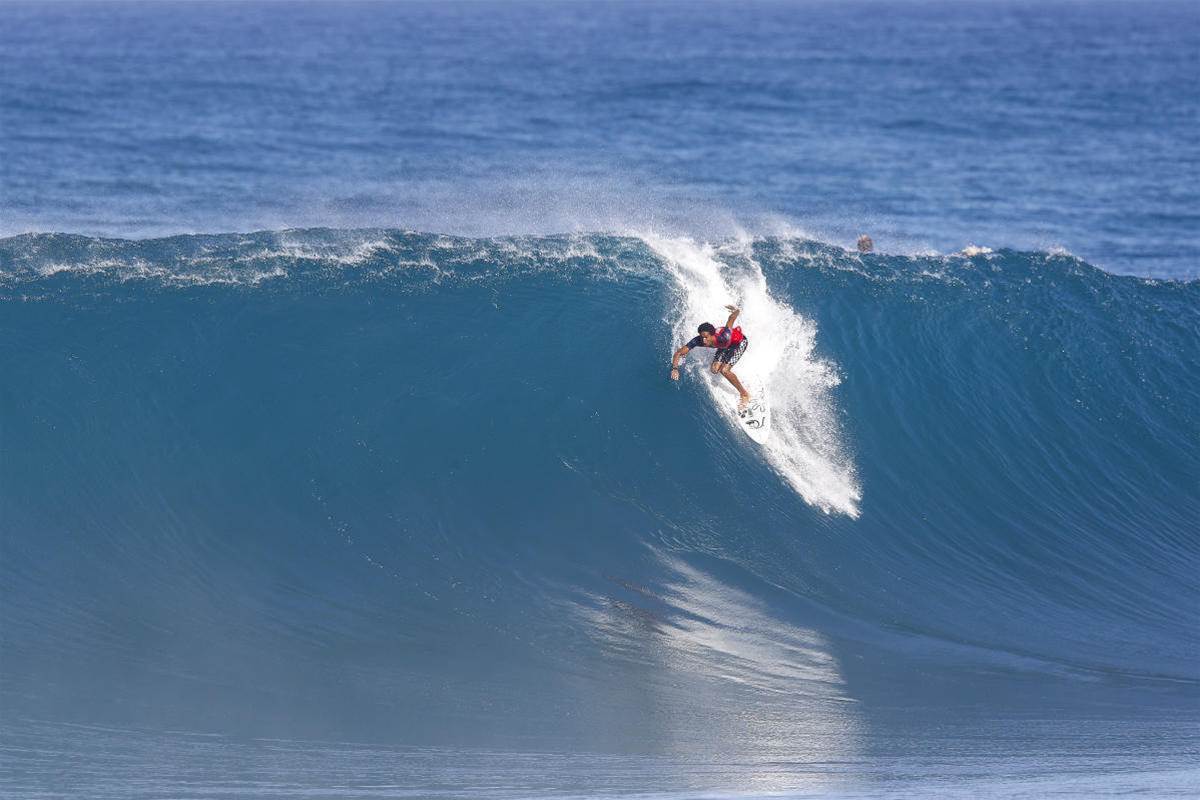 Mikey February will have to perform well in the final three events to cement a slot on the 2019 WCT tour. WSL/Poullenot

At 27th on the Jeep Leaderboard, all is not lost with young Mikey February. Mikey’s general vibe has been one of ease of transition and of someone having fun. He hasn't had the best results, but it’s not really because he was surfing poorly or because he was not on his game, but more a lack of luck, a couple of bummers (breaking a board on a late take-off) and generally getting a few poor calls going against him, but he is still stoked, very happy to be where he is and he seems to be approaching all his events with a good mindset and competitive spirit. February can easily kick in over the last few events and climb that ladder, but he will need to be on his A-Game from here on out. Let’s hope that he finds the motivation needed, the same motivation that got him on the tour in the first place.

* There is much talk about Kelly Slater’s injury that allowed him to surf to third place at the Surf Ranch Pro yet sees him possibly pulling out of the European leg, but the talk is moot, because it is totally impossible to imagine a world tour without Slater.