Revenge is sweet for the South Americans. 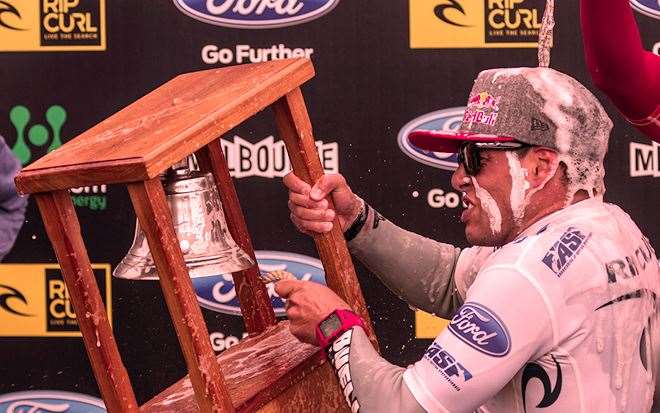 Adriano literally rang the Bell off the chain. Pic: Leyshon

There will be surfing punters who curse the day a “Brazo’” hoisted aloft professional surfing’s most sought after trophy.

However, before you buy into the Brazo bagging camp it’s probably worth considering one or two things about Adriano De Souza. Two years ago at the fiftieth anniversary of the Bells Easter classic, Rip Curl hosted a ball in honour of past Bells legends. Almost every winner [men’s and women’s] of the event was present. The Ball coincided with the release of a book by distinguished author, Michael Gordon, titled Bells The Beach, The Contest, The Surfers. The historical occasion and fine publication were appreciated by none more than Adriano De Souza. Like a fan-crazed grommet Adriano spent the evening doing laps of the room to ensure every past winner signed his copy of the book. The actions of the diminutive Brazilian made one thing clear that night – he thoroughly respected the history and mystique associated with Bells. That gesture proved he was a worthy recipient of the trophy and today his surfing earned him the title.      De Souza’s low-slung, explosive tail-blows and power carves bring to mind the Brazilian martial art of Capoeira, which incorporates acrobatic cartwheels and rhythmic, dance-like moves. Adriano’s dogged, fight tactics didn’t quite knock out Nat Young, but they were enough to outpoint the American’s thunder thigh snaps. Adriano deserved victory but it was certainly refreshing to see another goofy footer prove they are capable of making finals in an era that has been dominated by the left-foot forward brigade.

On the podium an emotional Adriano thanked his new sponsor Pena [apparently one of the first Brazilian surf companies] for backing him at a time when other companies had deserted him. He wanted to say more but was so overcome with the moment all he could bring himself to do was claim the coveted trophy. “I’d like to thank more people but I just want to ring the Bell,” he stated. 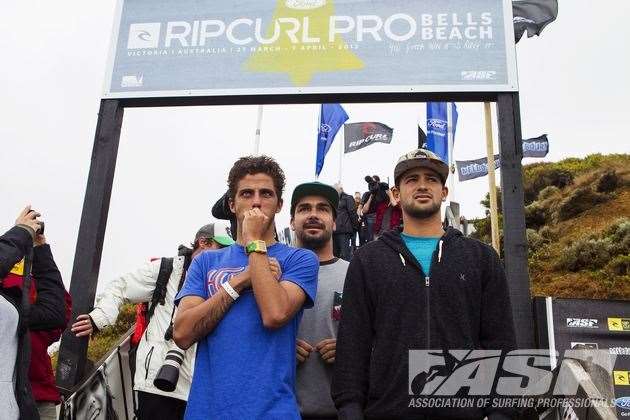 Adriano proceeded to ring the Bell with the enthusiasm of ten Quasimodos. He rang it of the chain – for himself, for his Brazilian peers on tour and for his thousands of fans back home.

Adriano certainly claimed his own prized scalps in Mick Fanning and Jordy Smith but he can also thank his Brazilian, pro-tour accomplices for making the task a little easier.

When Willian Cardoso paddled out against Slater in round three some suggested he was little better than a boadriders surfer. Meanwhile Willian decided to dismiss his critics and the status of his competitor, and ruthlessly slay away at the Bells bowl. His pot-bellied, Homer Simpson hacks instantly made him the hero of heavy-framed surfers around the world – the every-man who beat the best surfer ever. Kelly found the illusive Bells barrel but Bells is was a wave where he has complained, “Your board never feels right and you can only do cutbacks.” Despite being a multiple Bell-ringer, eventually his lack of reverence for the wave was going catch up with him. 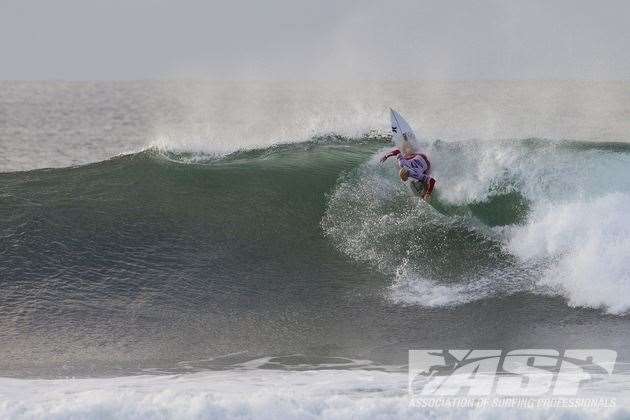 Nat Young with one of his thunder thigh snaps. Pic: ASP

Then there was Raoni Monteiro, another Brazilian brawler with a touch of class. In the absence of major sponsors the natural footer was surfing for prize money against Parko and no matter how much the fans adore the current world champ, they couldn’t deny that Raoni earned every cent of his round three victory.

Finally, flying Filipe Toledo surprised everybody by making it to the quarter-finals without a rail barely leaving the wave.

The event belonged to the Brazilians and there in lies the real danger for the rest of the tour’s competitors. For so long the surfing world has made Brazilians the whipping boys of the professional sport. There is no denying that an anti-Brazilian sentiment often simmers away beneath the politically correct surface. However, such prejudice can fuel a desire for revenge and revenge is a powerful motivation. It’s also likely that the Brazilians on tour will work together – functioning more like a Tour de France bike team than a series of self-interested individuals. If one Brazilian establishes himself as a clear frontrunner in the title race then the others will rally behind him and do everything within their powers to get him over the line first. They all know how much a world title would mean for Brazilian surfing and how much it would lift their collective self-esteem. And amidst all the negative sentiment there is no doubt that all of the Brazilian surfers would savour that singular “F$&k you!” moment a world title would bring. 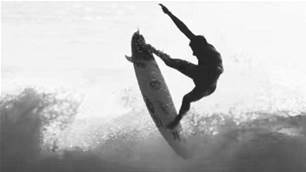 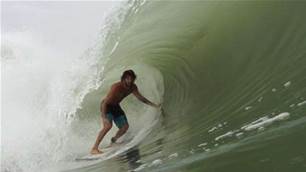 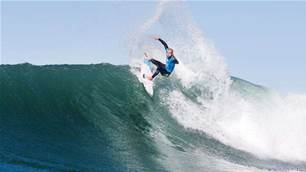 How The World Title Race Looks, According To Mark Richards