Stop No. 8 of 10 on the 2009 ASP World Tour, the Billabong Pro Mundaka experienced an array of conditions for the event, from clean surf on the opening day at Mundaka to a lengthy seven-day wait before a marathon 24-heat session yesterday, culminating into today’s dramatic finale.

“I don’t have words to express how happy I am right now,” De Souza said. “I have been working so hard for this ever since winning the ASP World Junior Championships and the ASP WQS. To finally win here in Mundaka, where the culture is so rich and the people love surfing so much, is an incredible thing. This is the most special day of my life.” 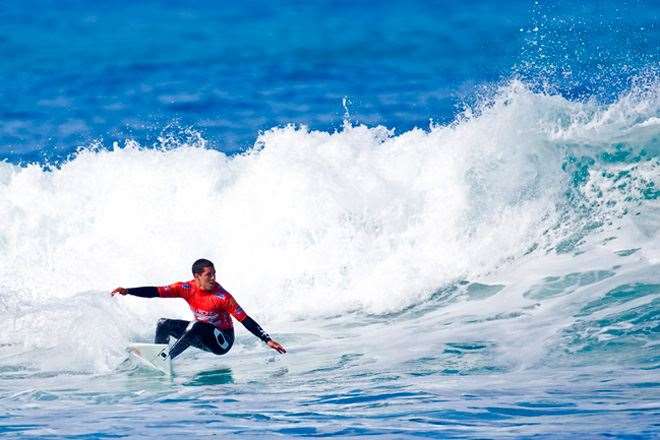 The young Brazilian dominated the crumbling lefthander of Sopelana, racking up an insurmountable 16.40 out of a possible 20 to overtake his Australian opponent, resulting in his history-making win as the first South American to take out the prestigious event win.

“The conditions have been hard for this event but we surfed the best waves that were available to us,” De Souza said. “Davo (Chris Davidson) is such a strong surfer and he has been going after a win for so long. When he beat C.J. (Hobgood) in the Semifinals, I knew it was going to be a battle. I was able to get the better waves today and that’s why I won.”

The victory rockets De Souza into a solid 3rd place on the 2009 ASP World Tour ratings, putting him within striking distance for a shot at the ASP World Title.

“I’m not thinking about the world title right now,” De Souza said. “I am just enjoying my win. This is the biggest win of my career and have a lot of confidence heading into the next events.”

Davidson, who’s storied career amongst the world’s best surfers has seen him qualifying and falling off tour multiple times, secured his best ever result today with his Runner-Up finish at the Billabong Pro Mundaka.

“Everything has felt special at this event for some reason,” Davidson said. “Everything has clicked and I’ve felt confident in every heat. Couldn’t find the waves in the Final, but congrats to Adriano (de Souza) – it’s a truly deserving win.”

The win vaults Davidson into 20th position on the 2009 ASP World Tour ratings, well within the requalification cutoff for 2010.

“It was a really crucial event for me in terms of the ratings,” Davidson said. “I was on the bubble heading into this event and knew I needed to pull something out of the bag. I’m frothing for the next event and the rest of the year.”

“I’m really stoked for Davo (Chris Davidson), but it’s disappointing at the same time,” Hobgood said. “I’m happy that I matched my best result this season, but was hoping for better. I felt like I prepared well and surfed conditions similar to this most of the week, but in the end, I couldn’t edge into the Final.”

Kelly Slater (USA), 37, reigning nine-time ASP World Champion, was in stunning form throughout the event despite nursing an Ilio-tibial band strain in his knee, only losing to eventual winner De Souza in a tightly fought Semifinal bout.

“The knee felt okay today,” Slater said. “It was sore walking downhill but felt okay out in the lineup. I guess I’m still in contention (for the ASP World Title), but we’ll see how it pans out.”

The race for the 2009 ASP World Title is far from over and the world’s best surfers will battle it out in the remaining two events. 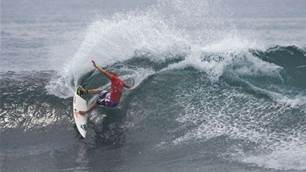 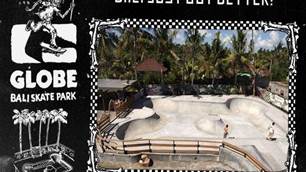 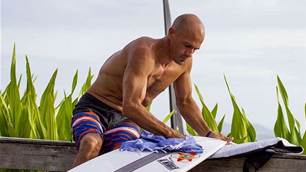