Can the inflatable reef Trump the pool?

While the pool party has been in full swing at Melbourne’s URBNSURF wave lagoon this week, an ocean-based, wave- generating concept is set to be revealed soon. Unlike the power-hungry wave pools, the Airwave inflatable reef will aim to sculpt ocean swells into dreamy A-frame peaks using what looks like a submerged UFO.

Airwave designer, Troy Bottegal, sent Tracks an image of the inflatable reef that will be used in a live trial, at Bunbury in West Australia, some time in the next couple of months.

Bottegal was confident that the first trial would be a success. “We’ve assembled a good team and we’ve also got people who are emotionally invested,” he told Tracks.

The airwave, which is twelve metres in diameter and 1.6m tall at the highest point, will be filled with a mixture of sand and air and dropped approximately 45 metres off the low tide mark, just to the south of Bunbury surf club. A team of three divers and a boat is all that’s required to install the reef, but Bottegal explains that they are waiting for optimal conditions to give the Airwave trial every chance of success. “We want that summer sand pattern – nice and flat. We don’t want to lay it over an undulating bottom with any new scoring.”

It seems Bottegal and his crew have taken everything into consideration including the type of sand they will pump into the Airwave to anchor it the seafloor. “It’s washed, coarse beach sand. It’s got the right properties that we want for that slurry. It’s got a better drop factor and won’t cloud.”

Although this is only a trial Bottegal has a clear vision for what kind of wave he expects the Airwave reef to produce.

"I’m expecting a back peak and then a peel ... It’s going to be like having a small, wedging peak. Then once it gets over three or four feet it should create a large heaving beach break scenario.” 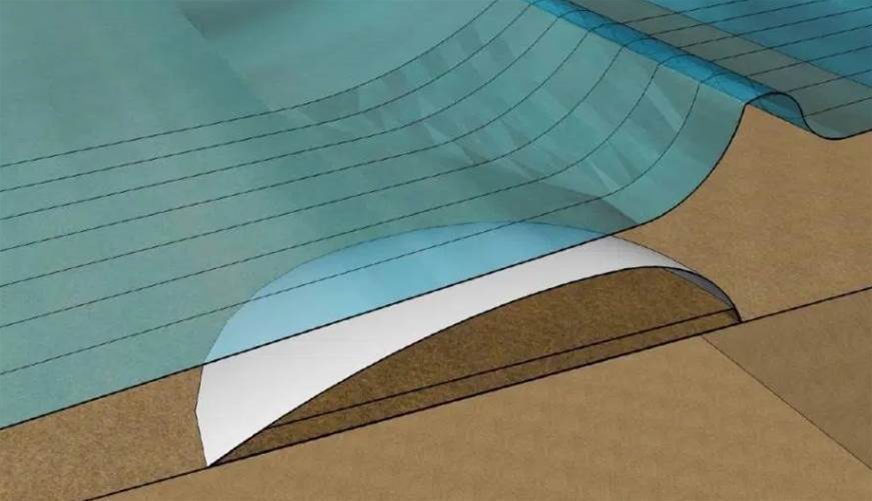 He also hopes that the smooth texture of the Airwave will have some additional benefits. “We should have perfectly smooth returning water coming over this… It may create a perfect little chip in and turn onshore waves into glassy faces.”

The Airwave concept is being viewed by Bunbury council as more than just a case study in bathymetry. The council and the community have thrown their support behind Bottegal’s initiative and see it as an opportunity to stimulate commerce in a coastal town that finds itself playing second fiddle to Margaret River, further south.

While it’s never had a reputation as a wave magnet, a recent study suggested Bunbury gets 150 days a year with rideable swell. The council has already suggested it will commit to multiple reefs and has also installed a state of the art webcam to let the world know in no uncertain terms what the Airwave is like. “It features hard-wired optical cable as opposed to Wi Fi,” indicates Bottegal. “It’s one of the best webcams in the world and will be accessible on my website.”

West Australian University has committed to a full twelve-month study of the reef, while local tertiary institutions have been tapped to complete a full study on the economic impact of the reef. If it proves successful the concept will potentially be sold to councils around the world as an economic stimulant for coastal towns.

Bottegal freely admits that he has a lot riding on an idea he has invested more than a decade of his life in.

“I’m feeling the pressure a little bit… If you keep focusing on the good things that come out of it that’s a better mindset.” And if the first live trial isn’t a success then he believes it will illustrate what needs to be adjusted to make the Airwave work. “We’ll know so much after we drop the first one.”

There are plenty of skeptics, but if the Airwave does work then it has the potential to rapidly revolutionize surf culture in a way that is far more cost-effective and energy-efficient than wave pools ever will be. Watch this space. 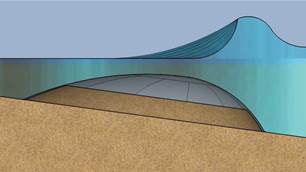 Inflatable Artificial Reef is Ready for the Ultimate Test 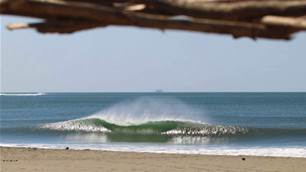 Can the 'Airwave' Turn Closeouts Into Barrelling A-frames? 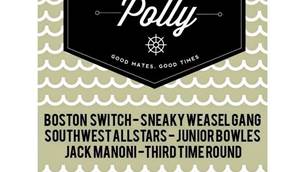