One of his first underwater cameras was originally designed for filming World War Two aerial bombing raids that he fashioned into a homemade fiberglass waterproof housing and attached to his wrist to tackle Hawaii’s infamous Banzai Pipeline.

Four decades later Jack McCoy used an underwater jet ski to shoot stunning never before seen images from behind waves in tropical Tahiti which featured in a music clip for the former Beatle Paul McCartney.

Award winning director, producer and cinematographer Jack McCoy's career has been at the forefront of innovation as he’s tracked the development of surfing as an art form over more than 40 years, documenting the greatest surfers in history such as Gerry Lopez, Tom Carroll, Andy Irons and Kelly Slater. His story of filming Laird Hamiton’s Millennium Wave, one of the most famous rides in surfing history, is a classic you do not want to miss.

McCoy will be sharing his life's work in a one night only special event at Perth's UWA Octagon Theatre, April 7, 2018 at 8pm.

The genial Hawaiian born film maker is world renowned for 25 iconic and award winning surfing films that have entertained fans with beautiful images, exotic locations and cutting edge performance surfing. His interactive lecture/conversation events around the world have held audiences captive with a mix of story-telling, film clips (some never before seen publically) and photographs from his illustrious career.

The Perth show will also have a special guest Wayne Lynch to join the program. McCoy and Lynch have worked together on film projects including the WA sequence from the iconic film Storm Riders and the opportunity to have an exchange on the night with this surfing legend is as soulful as it gets.

A DVD copy of one of Jack’s films is included in the ticket price. 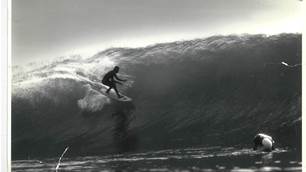 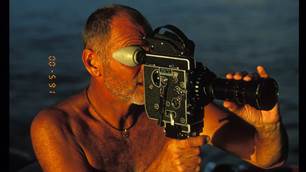