John John and Zeke look sleek in red. Leo and Joan have their own thing going on.

Ok, admitted they have no functional justification but they can provide a great placebo. Stroll down to your heat with a killer spray job under your arm and maybe it will give you the super-hero sense of invincibility you need to dominate on the WSL. In any case pimped rides certainly make the viewing experience a little more fun for fans.

With a few notable exceptions the pro surfing front-lines have in recent years been dominated by tooth-paste-white boards. Mick fanning experimented with blue pin-lines at J-bay last year and who can forget the ill-fated, yum-yum yellow DHD, the board sometimes blamed for his shark tussle the year before. For a long time Owen Wright rocked the signature claw spray but we haven’t seen his ghoulish hands on boards for a while. 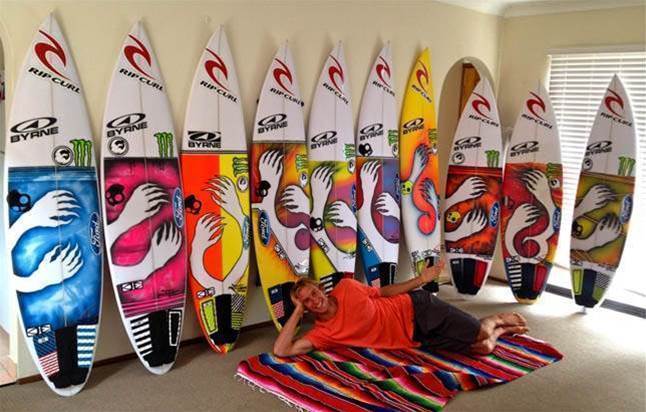 Owen Wright in an era when the sprays came from where the wild things are.

While North Point put on a sometimes spectacular break out performance in yesterday’s WSL stage show, it was well supported by a couple of colourful cameos.

Zeke Lau was valiant in defeat on a board that featured a distinctive blood red bottom spray. Oh, how we wanted to see Ziek given a chance to huck his herculean frame into the pit and wrestle with a foam ball. It wasn’t to be, but at least the slashing red weapon offered a little scenic relief. 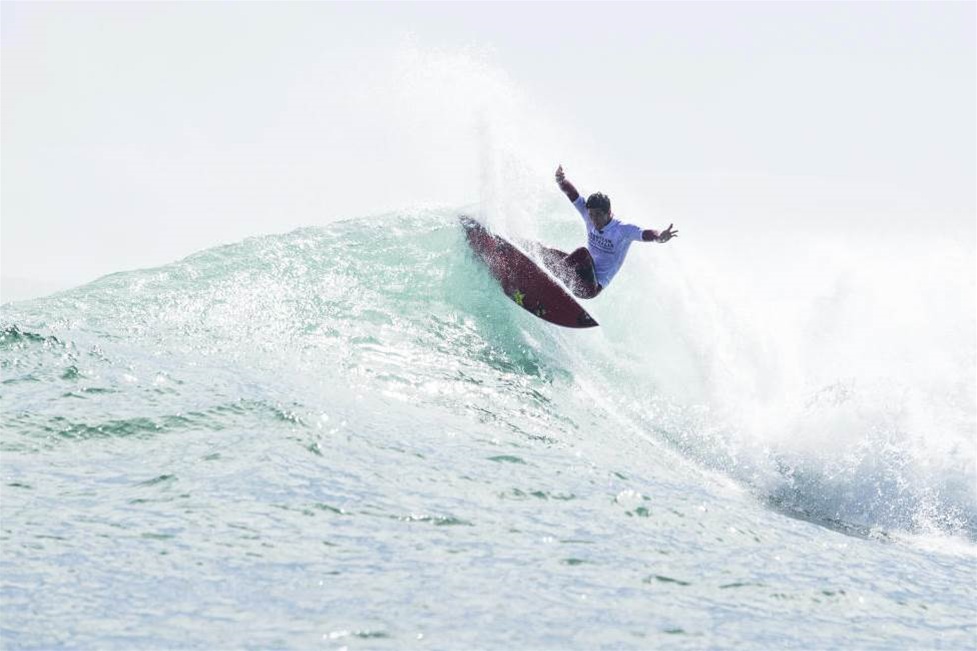 John John faired better on his red-railed Pyzel. The world champ has rarely been seen on anything, but chalk white foam. Truth be told he doesn’t need variations in pigment to dazzle, but the red and grey shooter definitely gave his winning performance a little panache.

Less visible but perhaps more emblematic are Leo Fioravanti’s Bradleys with the ‘Tricolore’ stripes, black bands and the Italian flag stamped on the stringer. Leo speaks five languages and is pro surfing’s international man, but at heart he’s a proud Roman and is always going to rock an Italian flag – particularly when he’s the only guy on tour ever to do so. Bravo Leo! 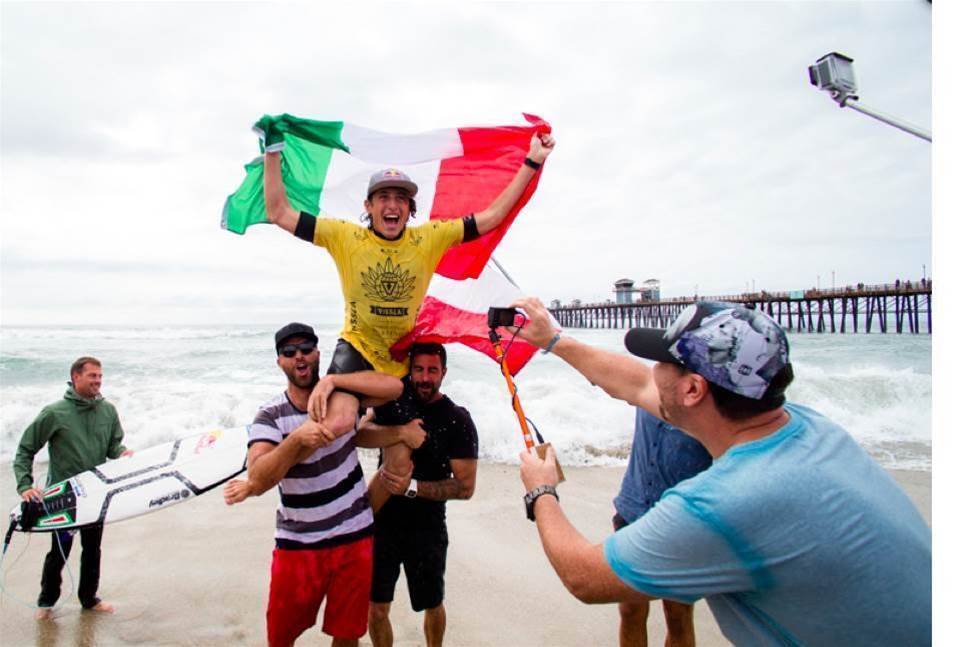 Leo flying the Italian flag. Check the 'tricolore' deck panels and the distinctive black bands on his board in the background.

Although we are yet to see too many examples, another tour rookie, Joan Duru, often rolls with boards featuring designs and illustraions by his pro surfing gal, Maud Le Car. Maud loves to get creative with Joan’s sleds when they have a little down time on tour and hopefully we will see more of her work lighting up Joan’s rides. 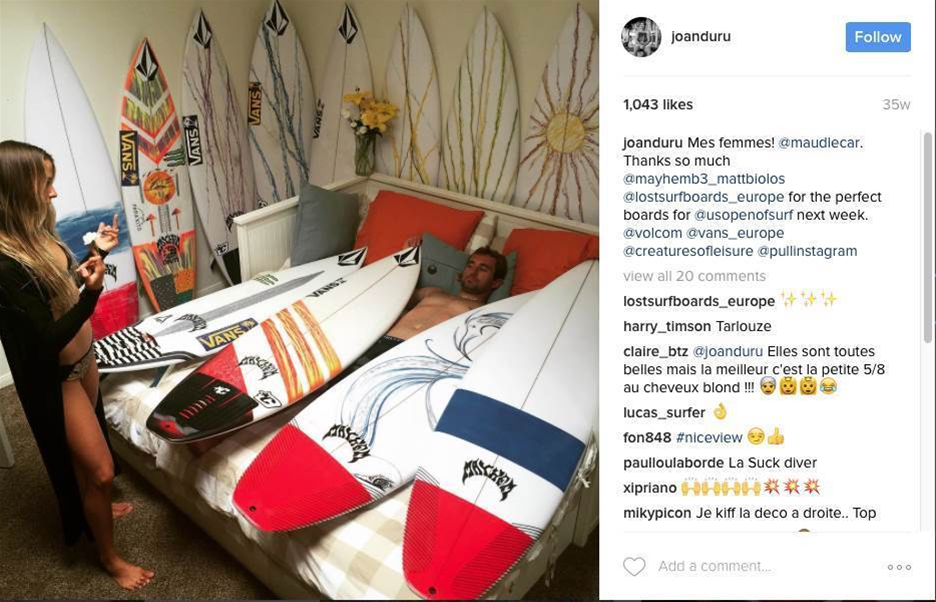 The 80s was perhaps the golden era of iconic sprays in pro surfing.Tom Carroll featured the signature sash, Kong rocked the gorilla logo, Rabbit had Bugs Bunny, MR had too many to list and Richard Cram carved with the red-back spider on the nose. 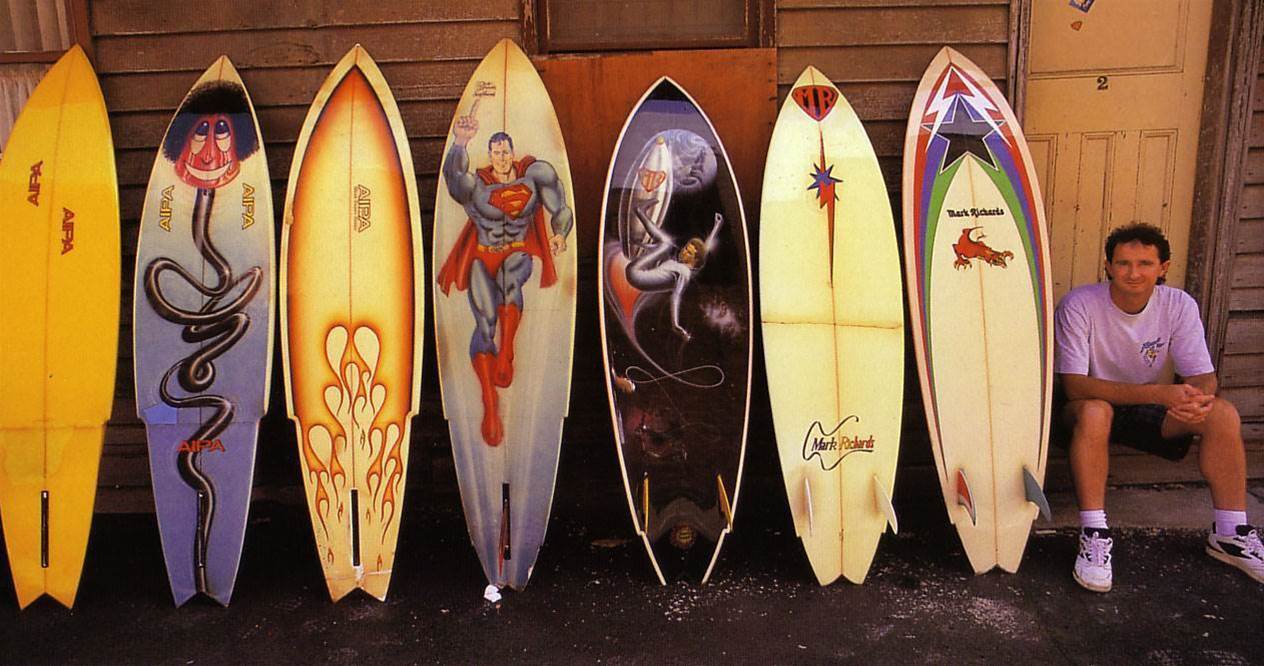 If MR's quiver doesn't make you want to see sprays make a return then nothing will.

In the 90s Kelly even went through a phase of featuring illustrated pin up girls and super models like ­Cindy Crawford. These days he’s back to being Kelly Slater in black and white on his slickly branded KS designs, which have an aesthetic that’s all their own. Who knows, perhaps Kelly will once again go through a phase where he colours up his ride. Either way, bring on the spray in the top 34. 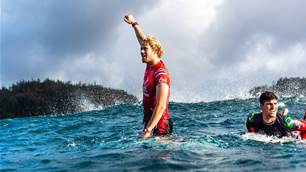