Martin Dunn is here to help.

MARTIN DUNN AND I ARE SITTING IN FRONT OF HIS LAPTOP SCRUTINISING FOOTAGE OF THE SESSION I’VE JUST HAD. RELYING ON HIS WELL-TRAINED EYE, MARTIN PAUSES THE FOOTAGE WHEN HE IDENTIFIES SOMETHING THAT CAN BE WORKED ON, AND IN A GENTLE TONE THAT DOES NOT DESTROY MY SURFING SELF-ESTEEM, ADVISES ME ON WAYS I MIGHT IMPROVE MY PERFORMANCE.

It’s a marked departure from my typical ‘just do your own thing’ approach but as I look at the flailing arms, the half-turns and the kinks in my act, I realise I’m in need of help.

Over the last 33 years, Dunn has developed a reputation for being one of the most astute coaches in surfing. Along the way, he has helped a swathe
of top-flight competitors (most recently Connor O’Leary and Nikki Van Dijk) hone their acts for elite competition. Now Martin has transferred all that knowledge onto his website and organised the information into a series of sequences and training regimes that enable surfers at all levels to log on and learn. Part of the program involves submitting footage of your surfing to Martin, who will respond with a detailed critique and set of specific training devices. Today I’m getting the personal touch.

As we sip our coffees and review the footage, Martin is adamant that he never identifies a defect in someone’s surfing unless he has a solution. “It’s too easy to just say what someone is doing wrong,” he emphasises. He’s also conscious of reinforcing the things people are doing right. Apparently, my lifted arms as I enter a backside turn are a good thing, but Martin encourages me to lose the ugly pump as a default speed generator. Instead he suggests the more effective and aesthetically pleasing ‘throw and go’ where both arms get thrown up to generate down the line speed.

Martin’s training vocab features several of these catchy little buzz phrases that are designed to give you the right cue when you are on the wave. For example ‘squat till you spot’ is a cutback mantra and is designed to remind you to stay low until you spy the section of the wave you want to come back around and hit. ‘Where you look is where you go’ is a tagline that reminds you that the body and board will follow your line of sight. It’s simple language that helps to decode the complex biomechanics of surfing.

The website program, which is essentially Martin’s life’s work, is however, far more sophisticated than a few power mantras. For major manoeuvres like the bottom turn, there is a sequence of drills that can be used on land, on a skateboard and then in the water. After detailing some of the sequences, which actually look quite fun, Martin pulls up corresponding clips on the laptop, that demonstrate the ideal bottom turn and why it’s such a crucial skill. Julian Wilson’s spring-loaded swoop off the bottom is the gold standard in this case.

Cutbacks and carves are one thing, but perhaps what many of you really want to know is can Dunn give you wings; teach you to soar beyond the lip and then land like a feather on snow? “There will bea program for airs on the website,” he states confidently. However, he is quick to point out that to consistently complete sophisticated manoeuvres like aerials you require a solid basis in fundamentals. “You will have to be able to generate horizontal speed, do a vertical re-entry, do a fin-bust and then an aerial.” 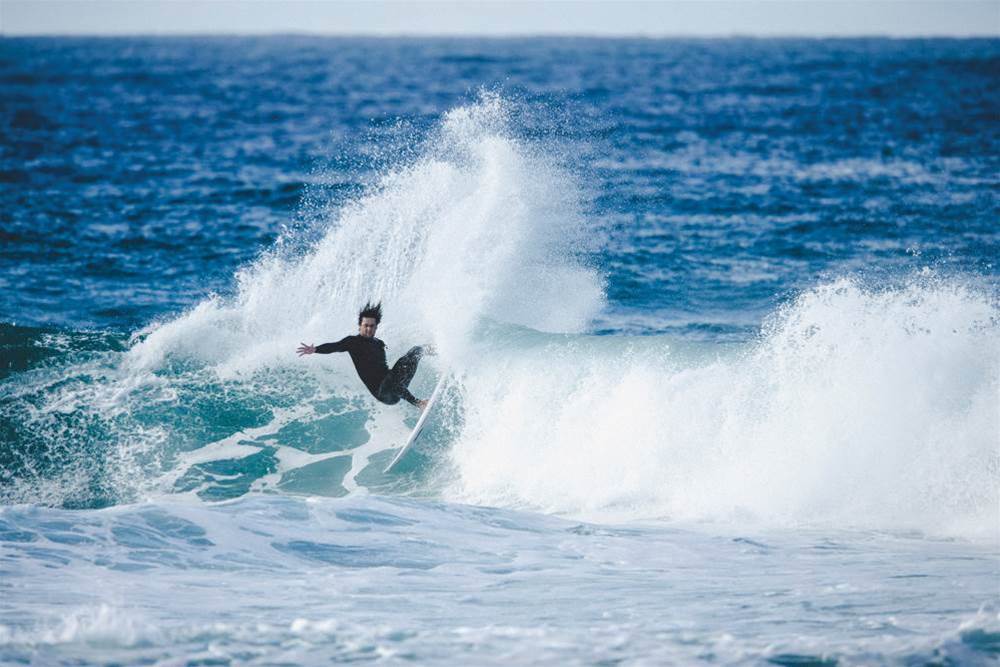 What about the suggestion by some that technical training is the enemy of individualism and personal style in surfing? “I’m not trying to create clones,” stresses Martin, before explaining that he looks at fundamental biomechanical movements not stylistic nuances, like how a surfer places their hands. He argues that his coaching approach allows surfers to preserve the idiosyncrasies that make their approach unique, while helping to improve aspects where there are obvious flaws or need for refinement.

I ask Martin about some of the basic errors most everyday surfers make and
he immediately zones in on two areas. “Seventy per cent of surfers struggle with effective speed generation and re- centreing after a manoeuvre.” He explains the latter in part by showing a couple of clips. In both instances the surfers successfully ride out of big finishing moves by ensuring the chest is centred over the front knee as they exit the move. Dunn also points out that there is whole faculty of training that falls under the category of ‘good decision making’. I marvel at his analysis skills as he identifies seven critical decisions that need to be made just in the act of catching a wave. I see the merit in such compartmentalised thinking when I realise I may be getting about three of the steps wrong.

Much of Martin’s dialogue is really about making you more aware of what is actually going on when you negotiate a lineup, catch a wave and ride it. It’s not so much about right or wrong but learning to think critically about what you do in the water. “The unexamined life is not worth living,” said Socrates, and the dictum can certainly be applied to surfing. It’s worth noting that Dunn’s techniques are not all about winning contests (although he can help with that from boardriders level to the WCT) but rather they are designed to amplify the fun you have in the water.

Does he give advice on boards? “Only if it’s really clear and obviously holding someone back,” indicates Martin. “I learnt years ago that I can’t be an expert on everything.”

What about the argument that being a better surfer is simply about putting more time in the water? Dunn agrees that motivation is important, but debunks the heavy surf load theory by suggesting that if you simply put more time in the water without consciously thinking about what you are doing then you will hit performance plateaus. He indicates that often he advises members of his elite squad (particularly if they are preserving energy for an upcoming heat) to go out and catch just half a dozen waves, but to be totally aware and focused on their intentions.

“... he identifies seven critical decisions that need to be made just in the act of catching a wave. I see the merit in such compartmentalised thinking when I realise I may be getting about three of the steps wrong ...”

By the time our meeting wraps up I’ve become much more open to the idea that my surfing can actually be improved by applying some of Martin’s techniques. As we shake hands, Martin assures me that he will send me my clip with a detailed breakdown of ways to improve. “Just a few minor changes can have someone surfing a lot better and enjoying their surfing more,” Martin reiterates, before we go our separate ways.

Minutes later I’m spying a left bank and contemplating a quick surf to test out
some of the pointers Martin has given me. I load the brain up with a couple of
the catch phrases Martin suggested and paddle out. Initially the adjustments feel a little awkward and I fall off in the attempt to introduce them. Then, on one wave it
all clicks. Just a slight tilt of the head and suddenly instead of drawing the same lazy lines I’m tapping into a different sensation and it honestly feels great. I’m not afraid to say I’ll be studying the detailed report card closely when Martin sends it via email. Why miss out on something that might make my surfing experience a whole lot better. 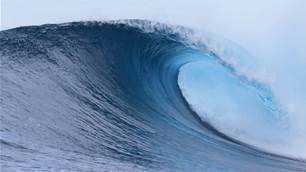