The hometown hero, was elated with his win in the Burton Toyota Pro Junior at Surfest, Newcastle.

Sylvester, the hometown hero who also claimed this event title back in 2011 was elated with his top of the podium finish over highly touted American Kanoa Igarashi (CA/USA). The pair both took down their fair share of big names throughout the event, but it was Sylvester who finished the event on a high posting two excellent scores in the difficult conditions.

“I’m psyched!” Sylvester said. “To win in 2011 was great, but this is even more special. I was so close to making the ASP World Junior Championships last year, but I missed out by one spot. So to start the year off with a win is a boost to my confidence. It took me about 10 minutes to walk up the beach because everyone was patting me on the back and saying congratulations and to have that support make it all feel even better.”

“I’m really happy that I won after finishing second here last year,” Coffey said. “Nikki (Van Dijk) and I have been rivals over the last few years so I’m really glad to get this win. All event there’s been a few medium sized waves that allow you to surf top to bottom and I’ve been posting scores good scores consistently. Then I had a good start to the Final and I just tried to build on my scores, and it worked. This is my first ASP event win and I couldn’t be happier!”

Igarashi ploughed through the stacked field of talented surfers, a massive achievement for the 15-year-old Californian. Igarashi has a big bag of tricks with stylish carves and innovative airs, but hit a brick wall in Final after Sylvester nailed two near perfect scores in the 9-point-range.

“Jake (Sylvester) is a great surfer and he lives here and I could tell he knew the line-up really well,” Igarashi said. “He knew all the waves to catch and I’ve never felt so lost in the water in my life. I’m stoked for him and I’ve really had a fun experience for my first trip to Newcastle.”

“Ellie (Jean Coffey) surfed really well today,” Van Dijk said. “Second sucks because you came so close to winning but didn’t. I’m stoked I got to surf the contest bank and get ready for the ASP 6-Star Hunter Ports Women’s Classic next week and hopefully I can do well in that event too.”

The Trials for the ASP 6-Star rated Burton Toyota Pro and Hunter Ports Women’s Classic were also run at Surfest, Newcastle Australia today, with the below surfers advancing into the main event draw.

About the 2013 Surfest Newcastle Australia

The 2013 Surfest Newcastle Australia features the Burton Toyota Pro (Men’s ASP 6-Star) and the Hunter Ports Women’s Classic (Women’s ASP 6-Star), along with eight supporting events. The event is made possible with the support of Burton Toyota, the Hunter Sports Sports Group, Newcastle City Council and the NSW Government through Destination NSW. Surfest Newcastle Australia is conducted over 12 days from February 13-24 at Merewether beach, a recognised Australian National Surfing Reserve. Merewether is home to festival patron and Australia’s most accomplished men’s world professional surfing champion, four-time world champion Mark Richards (1979-82) and presents the winner a trophy in his likeness. 2013 marks the festival’s 28th year and with over 800 national and international competitors, Surfest Newcastle Australia is the largest festival of surfing in the southern hemisphere. Get up-to-the minute updates, photos and interviews, as well as the program of events at surfest.com ; follow us on Facebook or Twitter  and download the BOXT app from the App Store or Google Play (four digit code SURF). 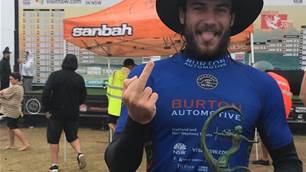 Is the WCT ready for Mikey Wright? 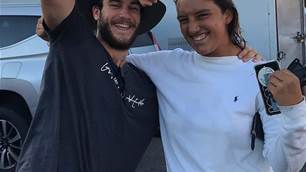