Before the 'Momentum Generation' it was LMB vs OAM

The story goes that around 1996 someone tossed an OAM’ (On A Mission) shirt in the direction of Matt Hoy and explained that the American surfers on tour were using the acronym as a power- mantra. While Kelly Slater monopolised the number one slot (he won the title 1994-1998) the Malloy brothers, Taylor Knox, Rob Machado, Ross Williams, and Shane Dorian all swore allegiance to OAM. It was only later that they would become known as the Momentum Generation.

The tossed t-shirt was like a gauntlet to the proudly Australian Hoy who apparently quipped, “If they are On A Mission they can Lick My Balls.”

Hoy’s riposte was rapidly embraced by the Australian contingent on tour who formed their own collective, under the tag line LMB. LMB was eventually re-crafted as an acronym to represent Logic Motivation Bravado, but the label stuck. “LMB was pretty much the ‘f&%k you' to On a Mission, which was the Momentum generation,” recalls Kurt Nyholm, who competed on and off for a decade between the late 90s and early 2000’s.

Kurt suggests that in addition to giving the Australian surfers a genuine sense of belonging and identity, LMB was also a loosely funded organisation that helped cover costs for Australian and New Zealand surfers. “I think they paid half the accommodation costs … At one stage we were only getting something like 27pents for the Oz dollar, so it was critical… Often there would be all of us in one big house and you’d meet guys from all walks of life and form some pretty good friendships.”

Kurt admits they were wilder times where the desire for competitive glory was complemented by a firm belief in the virtues of having a good time on tour. “It was pretty mind-blowing what you got exposed to when you first arrived on tour. The guys were there to make a career for themselves but there was also that lingering party scene that was almost as famous as the tour itself.”  Kurt chuckles as he reflects on a moment from his first year on tour when he and Dave Neilson lost early in an event and wound up in a drinkathon to escape their woes. “We had an official drink tallier and then when he lost, Dave had to wear a tie of shame, which said, ‘Kurt Nyholm drunk me under the table’.” 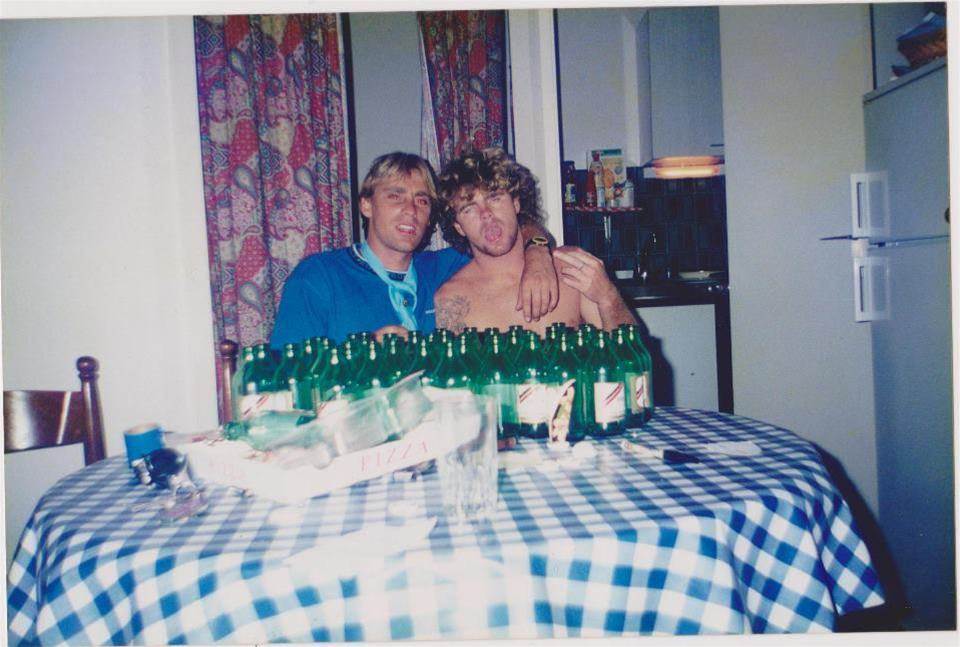 Despite the intermittent hedonism, Kurt suggests you soon worked out what was required to secure your position on the tour. “You had your freaks, but by about the third year you realised that if you’re not going to put the work in you’re not going to be there… It was also a time of transition. Guys like Taj were coming on. They could have a good time but they also knew when it was all business. You could just see it was a different mindset.”

Kurt, who now runs and owns the AKWA surf shop in Milton on the NSW south coast, recently decided to organise an event that reunited the surfers he’d travelled and competed with on tour. He set up a thread on messenger, which was soon met with an overwhelming response from surfers who were part of LMB or who had competed on tour at other times. 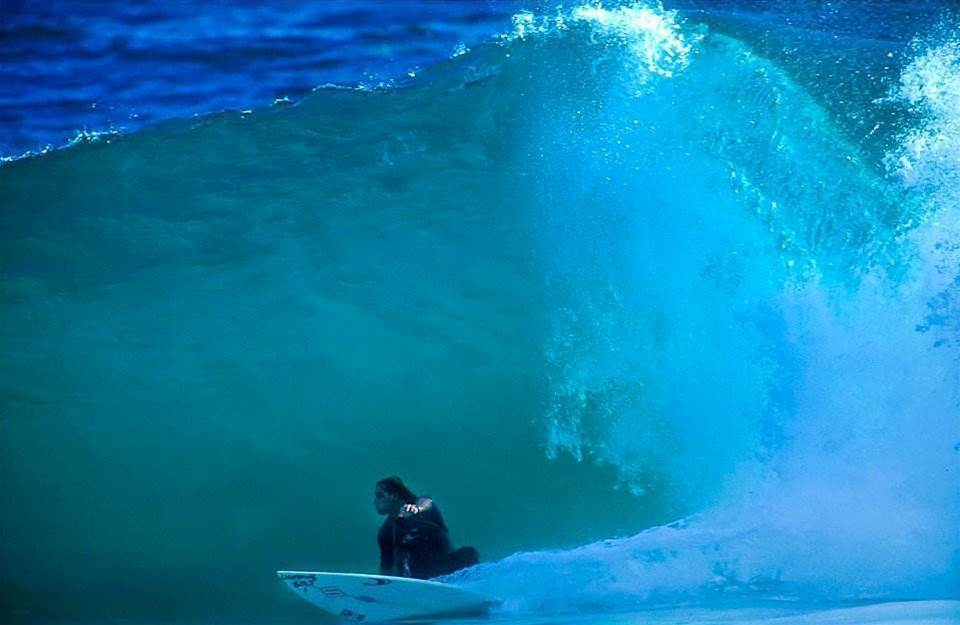 Kurt squaring up on his backhand during his competitive years.

“The surfers' response has been really incredible,” he emphasises. “They’re all really keen to just reconnect with their friends and have a fun time doing it.”

Not long after he’d begun organising the contest, a good surfing buddy of Kurt’s took his own life. It was then that he decided that the reunion contest might serve a broader purpose. “The more I read and thought about suicide, the more I felt this was a good platform to promote the ‘Are You Ok movement?’” he explains.

Meanwhile, the messenger chain soon evolved into a forum for the surfers to talk about some of the challenges they’d faced after leaving the tour.

Kurt concedes that many pro surfers struggle to make the transition from the pro tour back to reality. “When it’s all going well you’re getting the pats on the shoulder and the free surfboards and there are chicks on the beach and it’s pretty cool, but when it ends you’re thirty and it’s like ‘what am I going to do now? It’s ground zero and I’ve got to start again'… some of these guys are really struggling now and they need help.” 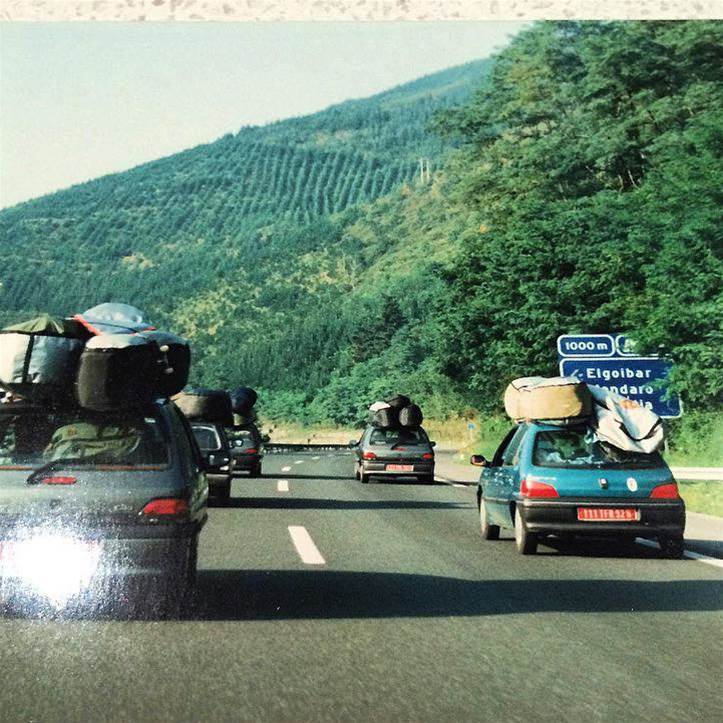 The LMB crew broke records for the number of surfers in small cars and boards on roofs.

Kurt points out that the immediate demands of life on tour can make it tough to think too far ahead. “When you’re there in your late twenties and early thirties you’re still chasing it. You’re putting so much into your surfing that you're not thinking about the word retirement, you’re thinking ‘I’ve got to get through this next heat'.”

While competitive instincts will certainly be rekindled, Kurt insists that the tag-team event he is organising on August 23rd /24th is about re-establishing old friendships and making sure everyone is ok. “The result is not the main thing. The result is hanging with your mates and seeing how everyone’s going. Whoever wins it’s just a feather in the cap.” 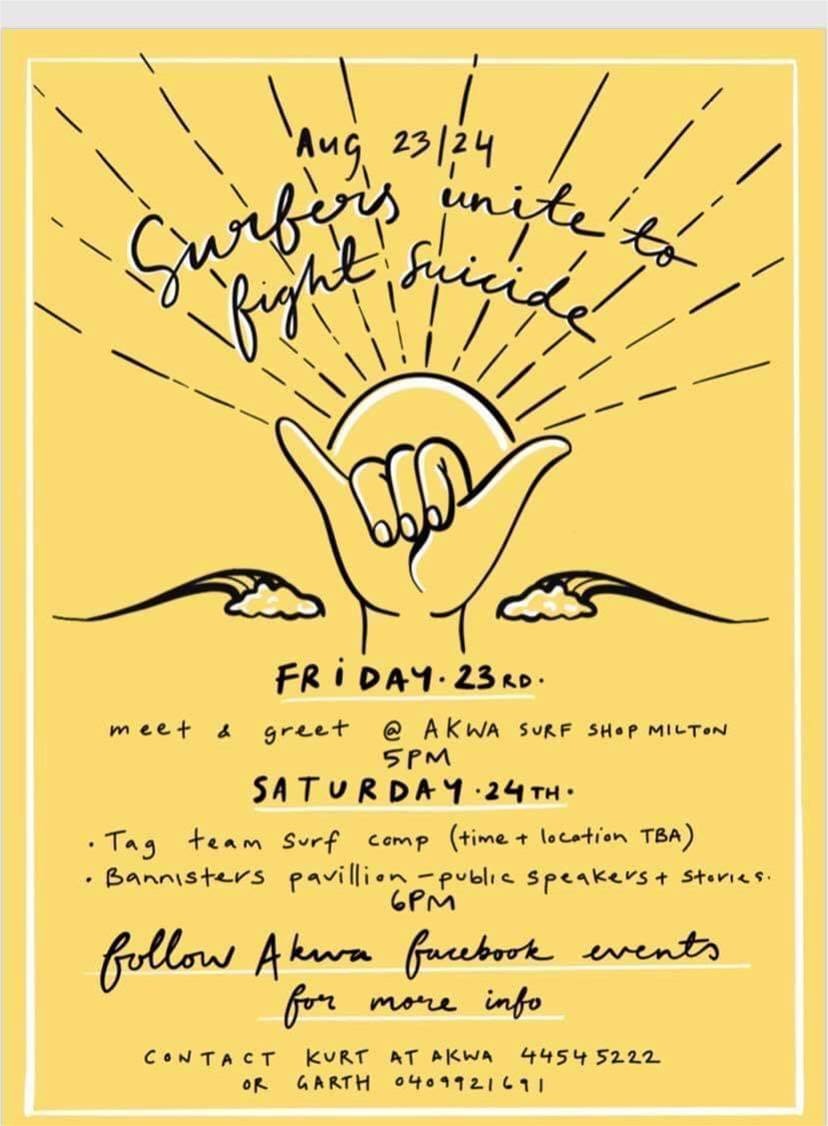 With a host of sponsors on board, Kurt also hopes that his event will help foster relations between ex-pro surfers and the surf industry.

“I wanted to create some sort of a link between the surf industry and the surfers on tour as a lead into some sort of career… These guys have lots of skills but there’s just not a recognised profession for what they do… The surf industry’s a billion-dollar industry, surely we can accommodate some of them… It’s also about getting surfers into running what they know best. They’re the best guys to tell how a product works or to build a surfboard or get coached by… We kind of owe it a little bit to the surfers too, just for the for the dedication they’ve given and the progression they’ve brought.”

Over the weekend of August 23rd and 24th Kurt is hosting a tag team event and function, which he suggests is open to anyone who has ever pulled on a jersey in a professional event. So far the role up list includes Jay Phillips, Andy King, Blake Johnson, Toby Martin, Richie Lovett, Dean Morrison, Adam Leslie, Darren O’rafferty, Mark Mathews, Terry Richardson, Robbie Page, Jake Spooner, Nathan Hedge and The Macdonald Brothers, Ant and Phil. 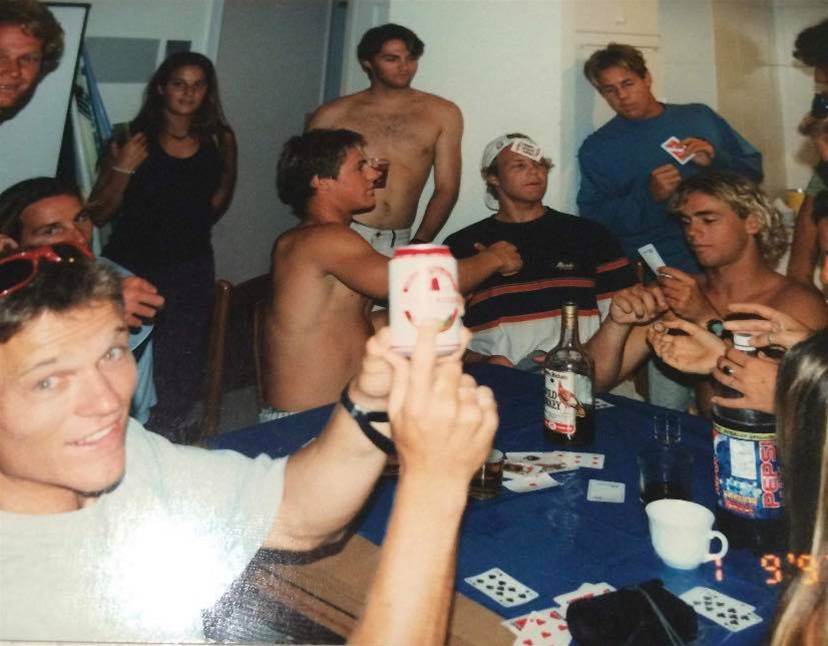 The contest will be held on a beach around Mollymook on Saturday 24th and be followed by a function and ceremony at the Bannisters Pavilion. Kurt emphasises that the general public will be welcome at the event. “For the regular Joe it will still be pretty amazing to come down and see these guys shred.” The function at Bannisters will also be open to the General Public and will feature speeches from surfers and representatives from the Head Space organisation.

Many of us tuned in to watch the recent film Momentum Generation which celebrated the careers of Machado, Dorian, Slater, Ross Williams, Taylor Knox, Benji Weatherley and Todd Chesser. As Kurt points out this event will be a gathering of the Australian surfing equivalent of the Momentum Generation. They have their stories to tell too. 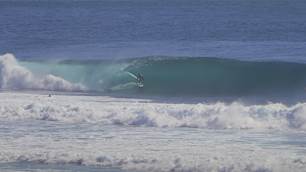