The second attack to occur in the region within two days.

More information has emerged after this morning’s fatal shark attack at Shelly Beach on the NSW North Coast.

According to the ABC, Detective Inspector Cameron Lyndsay said despite the heroic efforts of fellow surfers to save him, the man died at the scene from massive loss of blood.

"We have a young male we think is a Japanese national but those inquiries are still ongoing," he said.

"We are now concentrating on searching the area and seeing if we can locate that shark.

"It's been described as a very large shark."

The shark attack came just before 10am and is understood to have taken both the legs of the man surfing Shelly beach.

Beaches have been closed from South Ballina to Lennox Head.

NSW surf lifesavers have urged people to stay out of the water.

NSW Surf Life Saving manger, Andy Kent, told The Northern Star, lifeguards have been stationed at all beaches in the Ballina Shire, to warn people to stay out of the water.

"This is obviously a very serious incident and we would ask that the public follow the directions of emergency service workers," he said.

"Our thoughts go out to the man's family and friends, who will be dealing with this tragedy."

Surfers who were in the water at the time said they saw the shadow of the shark and estimated it to have been between 3.5 and four metres long.

The attack is the second in as many days after a man from Suffolk Park was bitten on the back while surfing Seven Mile Beach at Lennox Head yesterday.

The victim Jabez Reitman, a chef in Byron Bay who lives at Suffolk Park, was surfing at Seven Mile beach when the attack – approximately 12 Kilometres north of where today’s incident - occurred.

"A shark jumped up and grabbed me, I probably should have stayed in bed," he told channel 9 news, on the way into Gold Coast Hospital where he underwent surgery.

"There were puncture wounds...what you would expect from a good gouging form a shark," he said.

This is the second fatal attack to strike the region in less than six months after Paul Wilcox, 50, died after being mauled by a great white shark at Clarkes Beach in Byron Bay in September last year. 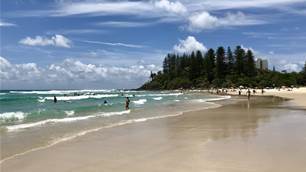 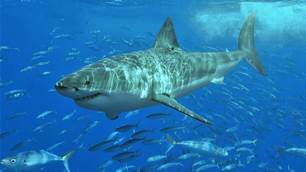 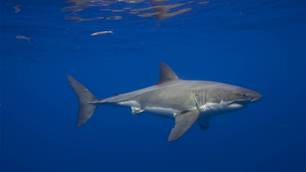