When going to the beach with a surf photographer was frowned upon.

Former world champion, Barton Lynch, uses his March 1983 Tracks cover as a portal to a very different time in Pro surfing. When sponsors were traded hard and fast, taking a photographer to the beach was a taboo, and the guy who just walked into the surf shop you hung-out at might be a prominent shaper.

What The Cover Meant

"Back then getting the cover was a really big deal. It was a massive thing and it wasn’t something that just happened. Some people hung with photographers and had that connection. Round where I lived (Sydney’s Northern Beaches) Guy Finlay took photos. Just to see a photo of yourself surfing when you were a kid was a big deal. It wasn’t Mum down there with a video camera or an iphone.

Photographers were rare. And if you went down to the beach with one people would think you were a wanker – an ego-tripping wanker because you went down with a video cameraman or a photographer. It wasn’t something that you did. It was kind of something that you pretended you weren’t doing. But when I saw myself on the cover of a magazine it was like a childhood dream.

There wasn’t a financial incentive to get photos run back then and nor did I care. It was all about the fact that you were actually on the cover of a magazine." 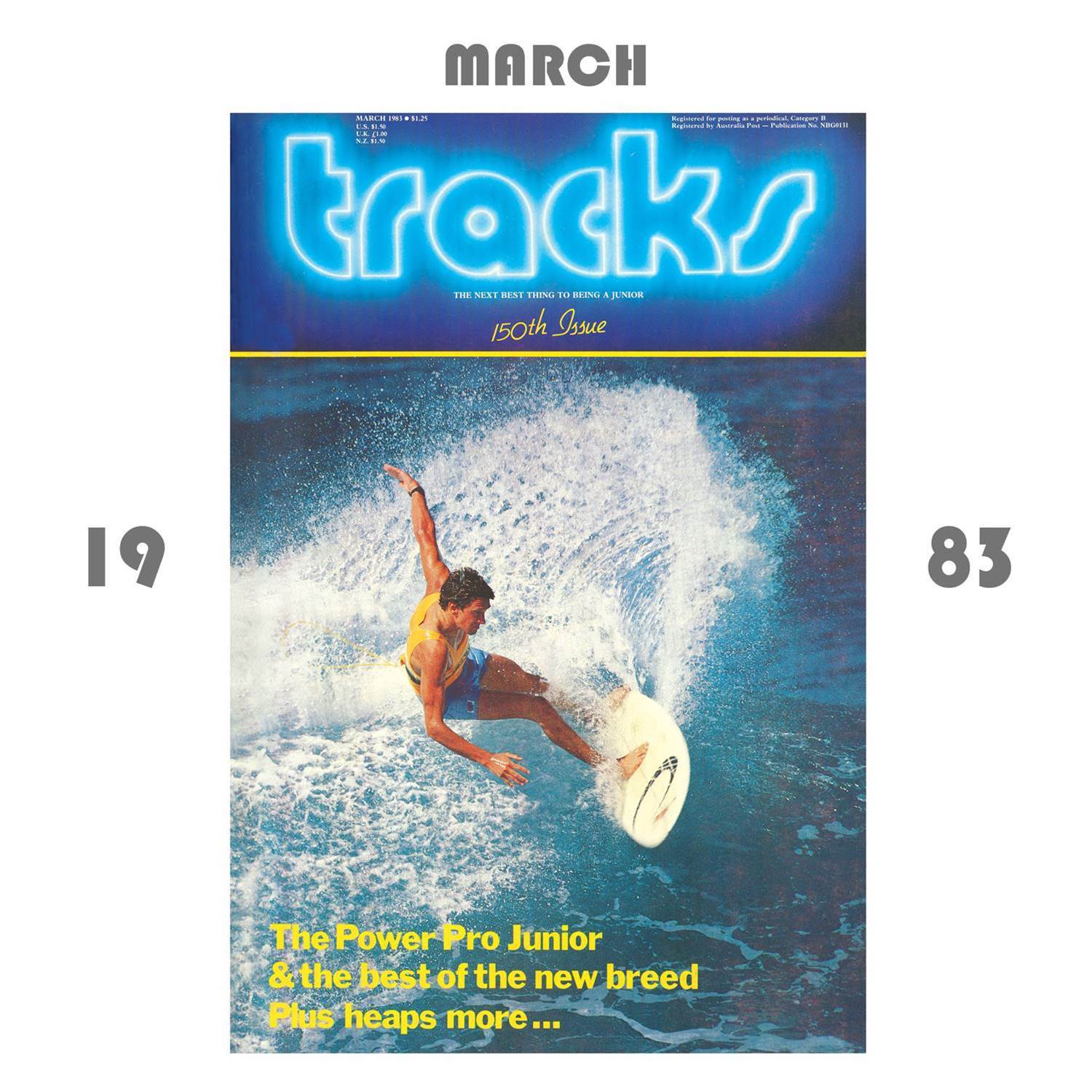 "That cover shot made me think of the fact there were so many brands that came along and were something for a moment, before that domination by a few Australian brands in particular. Australian brands have now been consumed by companies much bigger than them. There weren’t many managers around chasing sponsorship so you just tried to surf and be the best you could until someone approached you."

Dollars Now and Then

“There are surfers earning hundreds of thousands of dollars a month now. I think I left Billabong for Platts to get a trip to Hawaii. They said they’d get me to Hawaii so I said ‘sweet I’m jumping ship’. I didn’t have money. My family never put one cent into my career. I was self-funded from day one. Really from the age of eleven, I was financially independent.

To see it go from leaving companies for a trip to Hawaii to seeing surfers earn near on half a million dollars a month, it’s an astonishing journey. But to see that journey follow a very similar path to society in general, where the wealth is condensing itself into fewer and fewer hands. The middle class is the part that’s evaporating. The occasional person gets sent up but the majority of people get sent down. Globally it seems to be a trend that the wealth is condensing to fewer and fewer people and in surfing, it seems to be a similar pattern. That’s been the journey. That’s what that cover made me think." 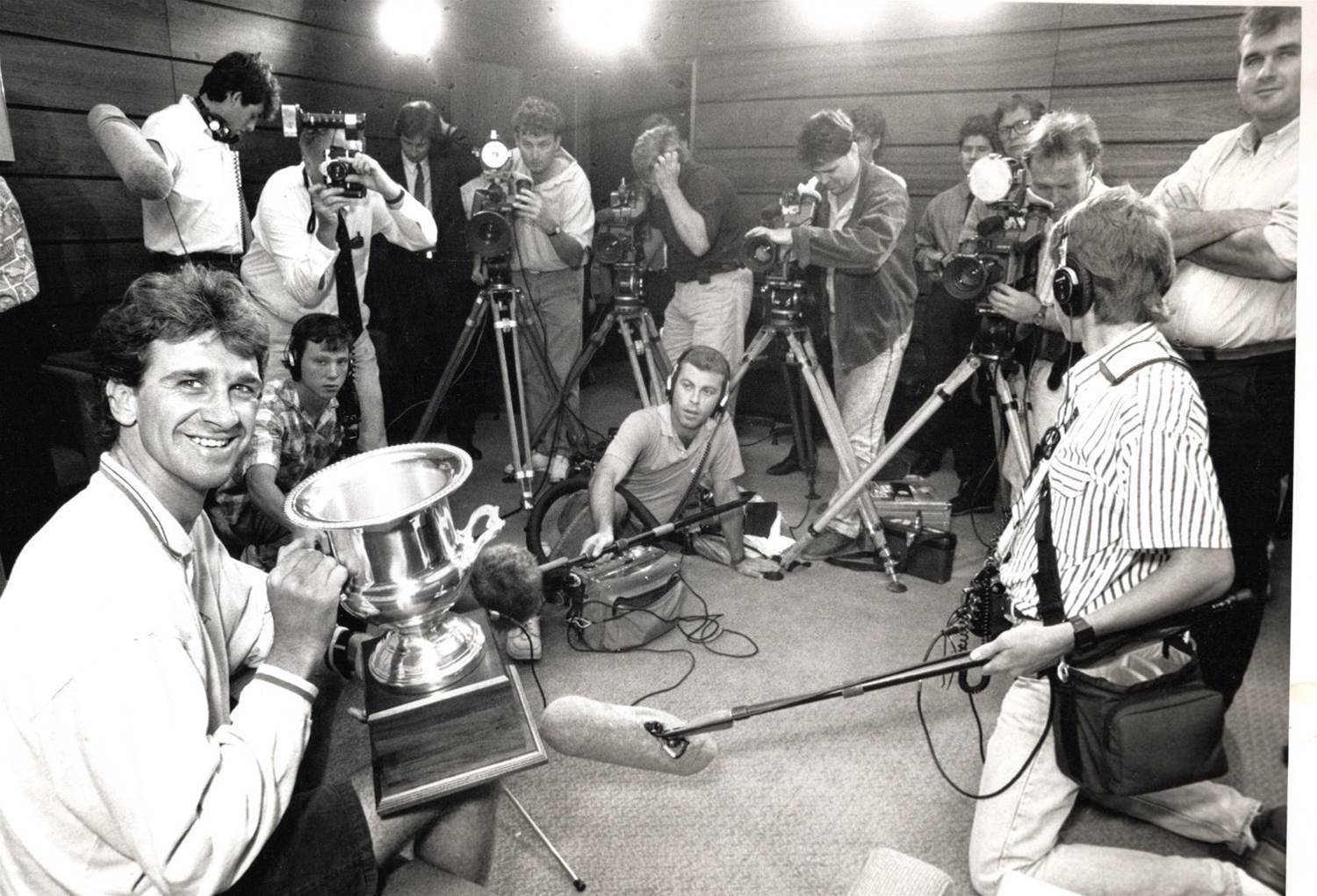 Barton enjoying the attention of the mainstream media after winning his world title in 1988.

"Greg Clough came into Sunshine Surf at Manly, the surf shop I use to hang out at as a kid. I was just a 14-year-old grom and I wasn’t working or employed, but I was talking to another customer about how good Aloha surfboards were. He (Greg Clough) was sitting there listening to me wax lyrical about his boards and his brand. And then he found out I was one of the best kids on the beach and that’s how I got my first sponsorship." Barton on the far left clutching one of his trusty Alohas at 13th Beach. Former Tracks Ed, Kirk Willcox, directing traffic with the bottom of his board. Photo: Tony Nolan 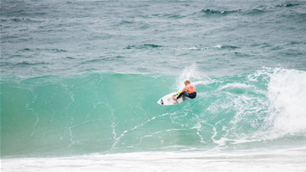 Barton's Blast-Off Comp is On!