The WSL is still trying to emulate the atmosphere of the inaugural Stubbies.

Peter Drouyn’s revolutionary Stubbies event, held at Burleigh in 1977, ushered in man-on-man surfing and created a yardstick for surf contests that the WSL still aspires to emulate to this day – pumping waves, massive crowds, lots of media attention and a select group of the best surfers in the world competing in a format designed to encourages peak performance.

Pre-contest hype was also a key part of the Drouyn masterplan. In the pages of Tracks from the time, Drouyn colourfully articulated his vision for the Stubbies, “We want some physical and mental contact where surfers can vibrate off one another.”

Thirty-two of the world’s best surfers were invited to take part in the inaugural Stubbies event. When they arrived on Australian shores it was a big deal for the Australian surf press. Photographer Marty Tullemans was riding the zeitgeist of professional surfing back then and made sure he was at Brisbane airport to capture some of the competitors touching down in Oz. “It was just the excitement and exuberance of pro surfing starting, everybody was whooping it up,” recalls Marty. “It was also the first mass exodus of the Hawaiians.”

This shot features most of the Hawaiian team hitting the airport cab rank attired in their denim, bell-bottom flares. That’s Michael Ho down the front, having the most fun and rocking the high-volume afro – you can certainly see who Mason Ho takes his cues from.

Shaun Tomson is also featured in the photo on the right of frame. The debonair South African had a reputation for being surfing’s most articulate and well-educated ambassador. However, it wasn’t beyond Shaun to ask the obvious question about the Stubbies shorts that competitors were forced to wear to appease the brand who had kicked in the $14 400 to sponsor the event. Well aware that Mark Warren had just signed an individual deal with Stubbies, Shaun paddled up to him and asked frankly, “Do your balls hang out in these things?” Shaun managed to tuck in enough at barrelling Burleigh to make it through to the semis, a result which helped him win the world title the same year.

Almost every surfer linked to the inaugural Stubbies has a colourful story to tell about the event. The night before the contest, a bunch of young locals broke into the double-decker bus that was scheduled to be used as the judging tower. “Drouyn had to plead with us to stop,” recalls Peter Harris, who went on to win the event three years later in 1980. An aura of hedonism surrounded the original Stubbies with wild parties kicking off every night. They were different times and one of the events featured a newly crowned Penthouse Pet serving drinks to a rowdy surf industry crowd.

A young Mark Richards surfed the final against Michael Peterson, who was still at the zenith of his abilities. Making his way through a throng of locals on the hill at Burleigh, Richards recalls vividly what was said to him. “Just as I was about to paddle out for the final Paul Hallas from Hot Stuff surfboards bailed me up and said, ‘He’s going to fucken’ kill you’!”

Of course, MP did win the final, a victory famous as much for his imperious performance as it was as a kind of time-stamp for his capitulation as a competitor. However, while MP claimed the $5000 first prize and the place in history, the most romantic backstory belongs to the late Al Byrne.

Byrne had travelled to the sun-kissed Gold Coast event from the icy fringes of New Zealand. When he pulled up in the driveway of the place he was staying, Al saw a girl in a white bikini walking towards him. “I’d come straight from an N.Z. winter,” he told Tracks at the 30-year Stubbies reunion in 2006. We didn’t have girls in bikinis.” That girl in the bikini became his life-long wife, Jayne.

As for the Hawaiians, Buzzy Kerrbox, did the best making it as far as the quarters where he ultimately lost to Mark Richards. Of course, they were all back again for The Stubbies the following year. Drouyn’s carnival-style event, with its big cash prize, adoring crowds, and decadent distractions had helped make the fledgling pro surfing circuit seem like the best gig in the world. 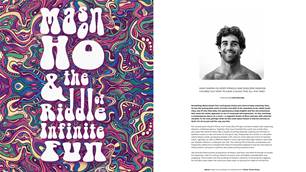