Striking a pose at Coolangatta, and the Tracks cover that helped make Pro Surfing an official sport.

Cover Story One: ' The Soul Arch'

While PT may be known as surfing’s first world champion, it’s this cover that has done more than any other image to make him an icon. Famous for his flamboyant outbursts and fashion choices, on this occasion, it was a spontaneous soul-arch which earned PT one of TRACKS’ most celebrated covers.

As told by Peter Townend

"In the days before there was the “Superbank”, in Coolangatta we surfed five distinct spots, Snapper Rocks, Rainbow Bay, Greenmount Point, and Kirra, and over the border in NSW Duranbah.

When they built the Kirra groin in ’72, it created a clean little righthander on the Coolangatta Beach side (southern side) of the groin that peeled into the corner on small clean swells. 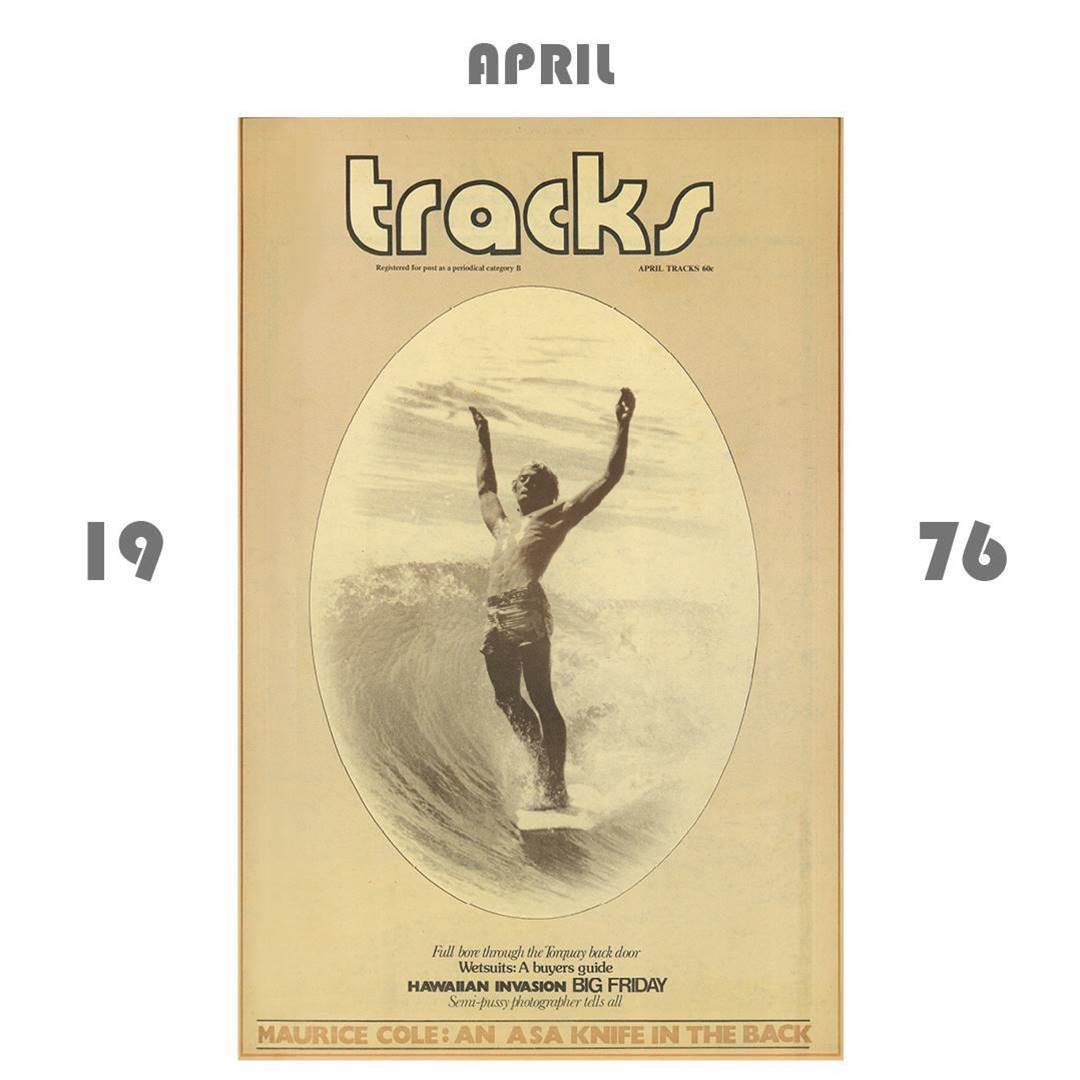 The day Marty Tullemans got this shot, it was as good as it gets and I remember there were just a couple of us on it. Tommy Peterson was out with me and we were having a great session when I got this one that just lined up perfectly across the bank and I just put my little single-fin fish in perfect trim and challenged the curl to knock me off! Ha! Ha!

To be honest I don’t remember Marty up on the groin and the first time I saw the shot was when I bought the issue at the newsagent; they had a poster for it “On Sale Now” in the wire promo racks they used to display out the front. 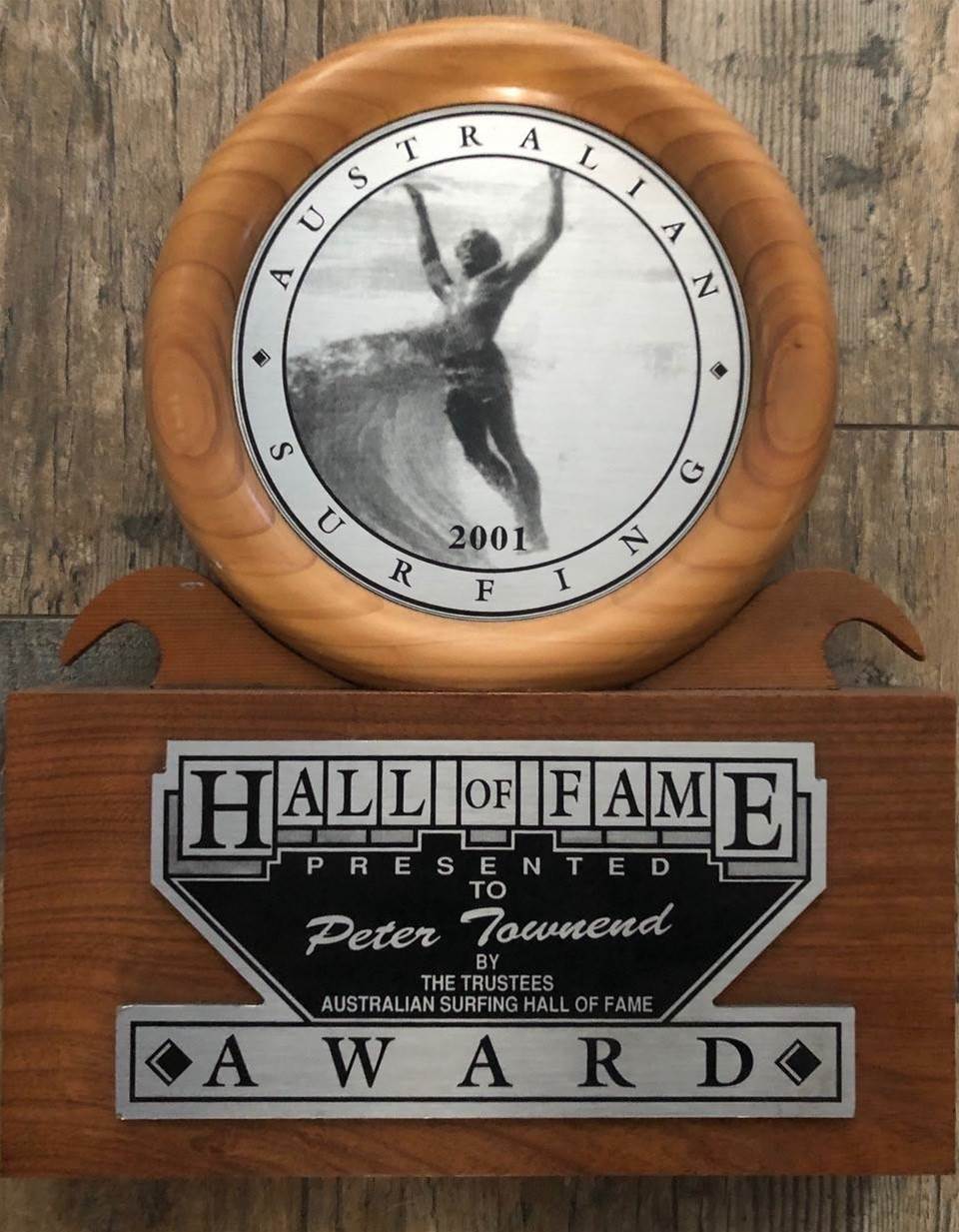 I’d had one Track’s cover already from my first winter in Hawaii, but none was as iconic as this one, and this photo has become the one-shot of my career that’s followed me everywhere. You see it n pubs around Australia like at Kirra and Cresent Heads, they even used it for my Australian Surfing Hall of Fame award, and it’s been re-published elsewhere numerous times since, but it all started with a Tracks cover." 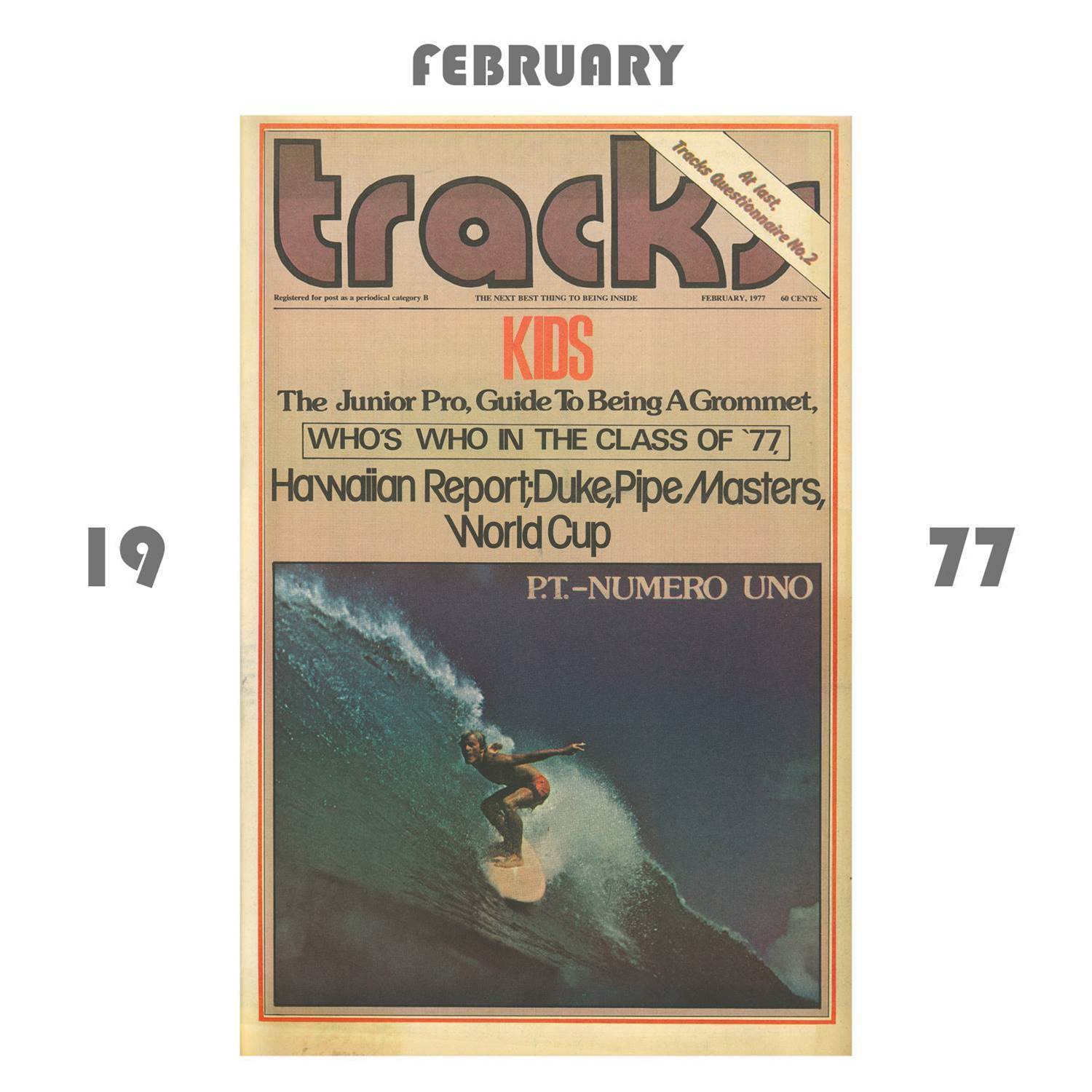 While a ratings system for international events was first conceived in 1975, the 1976 pro tour is widely accepted as the birth of modern professional surfing. When Peter Townend was declared the inaugural winner at the end of the 1976 Hawaiian season, Fred Hemmings, the head of the fledgling International Professional Surfers (IPS), hosted a photo-shoot at the Waikiki Outrigger Canoe Club to make it official.

The only problem was Fred didn’t have a trophy to give to PT. Instead, he improvised by borrowing a prominent looking piece of silverware from the club’s trophy cabinet. That’s the bogus trophy in the photo featuring PT and Fred. Fred Hemmings Wit Peter Townend and the trophy borrowed from a cabinet at the Waikiki Outrigger Canoe Club.

Below, Peter Townend explains how his February, 1977 Tracks cover helped give legitimacy to the sport of professional surfing. No longer was it just a loose association of events with a poached champions trophy; it was a bona fide professional sport with a world champion whose name could be splashed across the cover of a prominent surfing magazine.

As told by Peter Townend.

"1976: It was to be a pivotal year in surfing, a year in which professional surfing would gel as we know it today.

In ’75 a bunch of us Aussies who had a vision of professional surfing founded the Australian Professional Surfers Association (APSA) and came up with a ratings system modeled on Formula One Grand Prix motor racing where you scored points for results based on events around the world.

MP and a few others snuck over to New Zealand in January and won an event, which would become a first-ever rated World Pro Tour event and then we rolled into the Aussie season with Bells and the Coke contest and we’d calculated the ratings up to that point. Some of us were chasing the “Gypsy Tour” as I liked to call it, as there were numerous pro surfing contests going on around the world in the early Seventies.

Fred Hemmings with his International Professional Surfers (IPS) in September of the year adopted the rating system the APSA was using as Randy Rarick had seen what we Aussies were doing when we were in South Africa for the Gunston 500 and what we were doing was getting published in Australia and the World Pro Tour concept was gaining some momentum.

It was also a year of residing on the Southside in Cronulla, shaping/designing at G&S, “Purple Flyers”, dancing on tabletops at Tracks parties, and the founding of the Bronzed Aussies. PT getting his groove on at a Tracks party back in 1976.

With that announcement, it left the Hawaiian season of four events scheduled, the Smirnoff Pro/Am, the Duke, the Pipeline Masters, and the World Cup and I had a great winter season making three of those four finals and ended up numero ono.

If they had a Triple Crown in those days I would have been that Champ too! Ha!Ha!.

Tracks put me on the cover claiming my title, in fact legitimizing Fred’s IPS and from there pro surfing as we know it today rolled on.