Media night at the Rip Curl Pro. Since its inception in 1987 it’s traditionally been one of the wildest events on the Bells beach calendar. In the past it’s featured everything from guys jumping out of helicopters to crazy fancy dress themes. Rip Curl generally use the event at as a platform to put on a show. Last night was no different. There was a denim theme and a Led Zeppelin covers band performed on the cliff-tops at Bells for a select media crew. However there’s also a more official side to the occasion. Each year Rip Curl awards one or two Gold Passes to individuals who have contributed to the Bells contest in a major way. “The pass simply grants the owner carte blanche around the event,” suggested Neil Ridgeway who was resplendent in denim from top to toe. “ If they want a board, or a place to stay or unlimited access to the event, they can have all that for the rest of their lives when they come to Bells.” This year gold passes were given to Layne Beachley and Terry Fitzgerald. 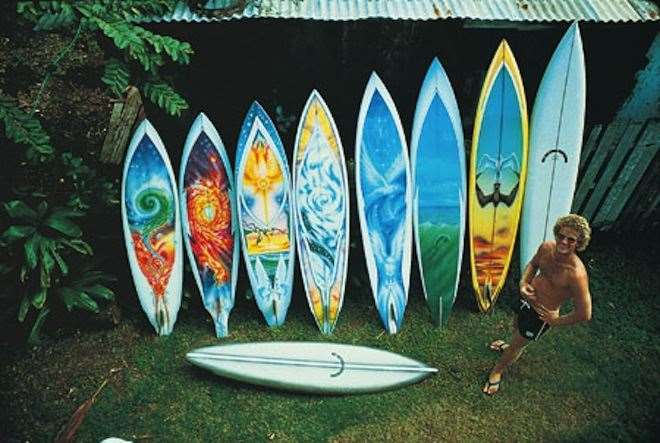 A young Terry Fitzgerald with his quiver.


The night was mostly froth and bubble fun until Terry Fitzgerald received his award. The colourful events tend to inspire an unusual level of candor from the likes of Rip Curl owners Brian Singer and Doug Claw Warbrick.

In his tribute to Terry, ‘Claw’ Warbrick went so far as to suggest that although pro surfing was in its fledgling stages there had been an attempt to compile a legitimate world tour ranking in 1975.

History states that the first world title was awarded to Peter Townend in 1976. However, last night Claw Warbrick suggested that the lost 1975 records had been retrieved and that there may in fact be a case to name Terry Fitzgerald the first ever World Champion. The surf history buffs are going to love debating about this one.