You’ve got to feel for the guys on the QS. It’s July and their privileged cousins on the CT are already halfway through their seasons, meanwhile the first event with real points on the line has just arrived on the QS calendar. There’ve been a handful of 6,000s of course and a smattering of 3,000s—nothing to stick your nose up at—but two big results in QS10,000s can pretty much assure your ascendance to the Dream Tour. That’s a long time to maintain focus for a bunch of guys who by and large aren’t enjoying the big budgets their predecessors were in the glory days of pro surfing.

A big result at the Ballito Pro, Durban’s premier surf contest, seems to prove particularly favourable for a qualifying campaign. Peterson Crisanto won it last year and look where he is now. Connor O’Leary did the same in 2016 and it landed him on tour. In fact, the only guys who win it and don’t go on to qualify are those already firmly entrenched on tour, like Jordy Smith and Julian Wilson.

This year Jordy will again come into the event as the resident heavyweight, with the rest of the draw comprised of those keen to keep their spots on tour or those desperate to earn them.

Aussie hopefuls Matty Banting, Jack Robinson, Jordy Lawler and Connor O’Leary are all there trying to maintain their spots inside the top 10, while behind them guys like Ethan Ewing and Reef Heazlewood will be trying to improve their lots. Freestone and Carmichael are also there, as are internationals like Seth Moniz, Zeke Lau, Adriano and Jaddy.

The good thing about the Ballito Pro is that the waves are generally a cut or two above the usual pus QS surfers get handed (although with the Indo leg that’s changing), with the beachies around Ballito dishing up punchy, contestable surf.

With the US Open to follow a few weeks after, this is where the QS gets interesting. If you want to see who’s likely to be mixing it up on the CT in 2020, check out the webcast for the Ballito Pro.

In any case it should provide a good warm-up before J-Bay kicks off next week. 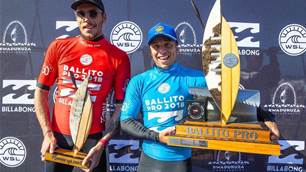 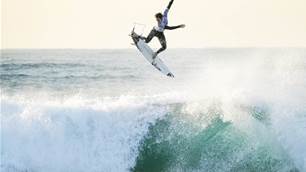 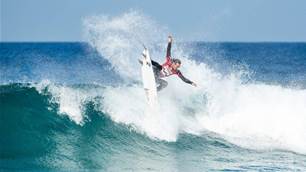