When a cave and road kill stew is all you need to get by.

Sundown, in a cave on the beachfront.  A walkway skirts the overhang, the monumental Red Bluff shrouded in darkness overhead.  Down in the sand a fire is burning slowly, and on the white hot coals a goat curry simmers in a camp oven. The flames illuminate the cave in a flickering apricot glow.

This cave is Nathan’s home. He’s only been here three days, but over the four decades he’s been coming to Red Bluff, this cave has sheltered him from the elements for up to five months at a time. It’s warm in the evening, cool in the sweltering day, and tucked away from the relentless wind.

Red Bluff runs in Nathan’s blood. He first came here aged two, with his old man.  Nathan is 39 now, but when he reminisces on his childhood he recalls a vastly different world to the structured campground he’s living in today. 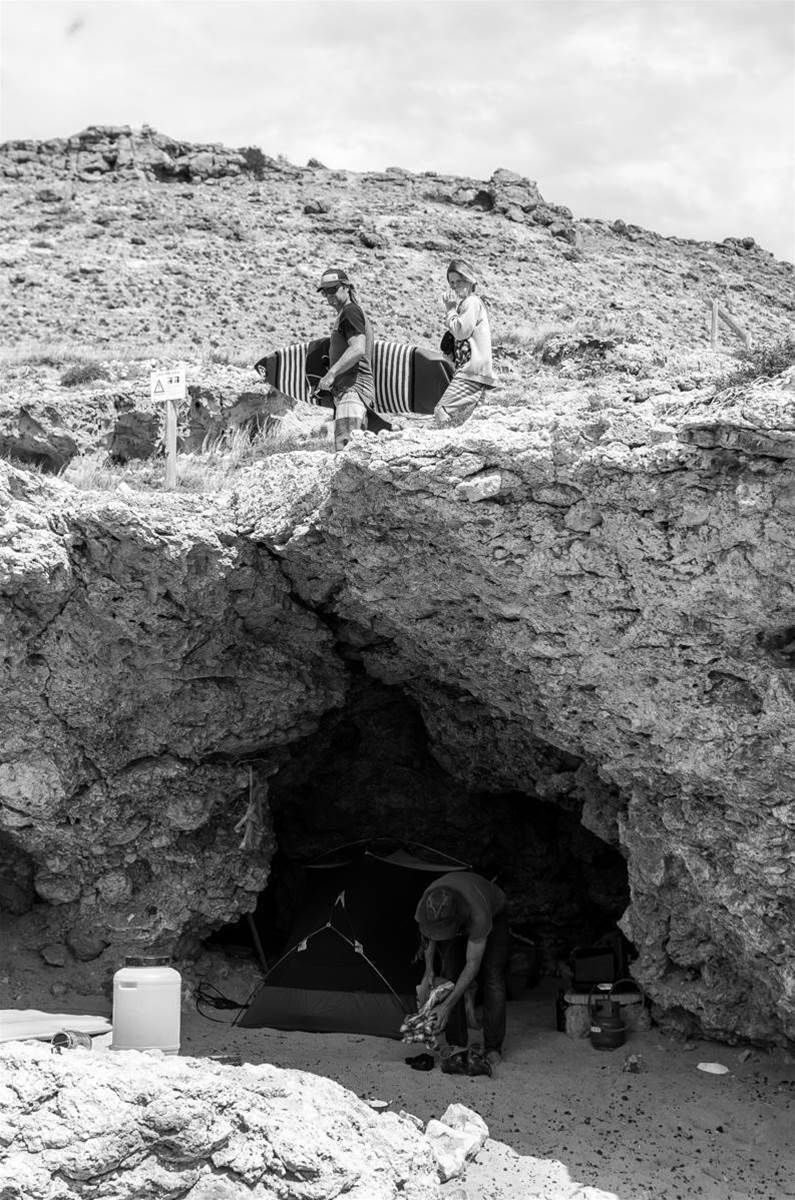 Red Bluff luxury – the caves are cool in the day and warm at night and a road kill stew will see you through. All photos : Tom de Souza

“Back in the 70s, the Bluff was a really different place,” he says.

“Crew were just walking around naked everywhere; there were no dunnies.  Everyone would just come down and shit in this cave. People were living off goats, kangaroos, whatever they could get their hands on. Things were pretty feral back then.”

In the early days, Nathan’s Dad introduced him to surfing and taught him to hunt, fish, and survive in the wild. Nathan still upholds the traditions of his forefathers today; varying a staple diet of rice, beans and potatoes with butchered road kill and fresh catch. 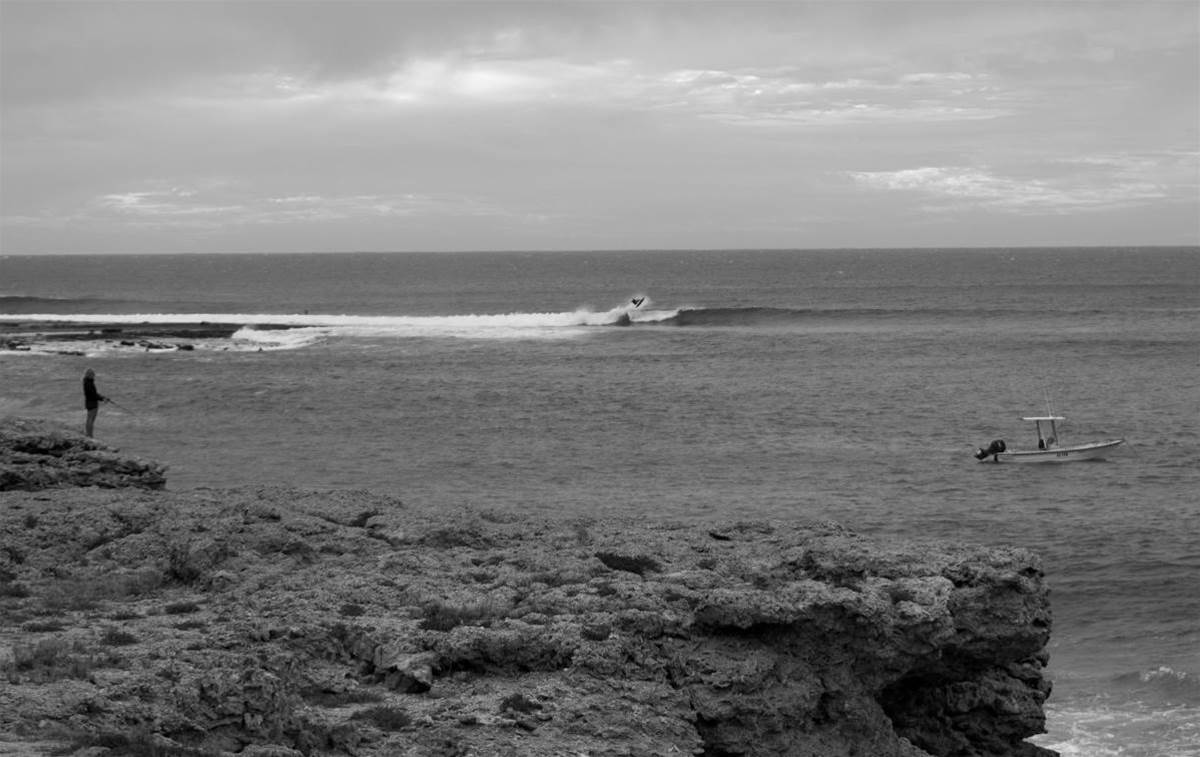 Afternoon boost at the Bluff while your mate is on dinner-catching duty.

When Nathan acquired a drivers licence, aged 17, jaunts to the Bluff became more frequent and prolonged. In the interim years, he’s spent lengthy stints overseas and worked odd jobs to fund his lifestlye: “gardening, maintenance, whatever it takes to keep the dream alive, man.”

But for eight, serious years during his late twenties and early thirties, Nathan didn’t see The Bluff once.  He knuckled down - working away on a mine site and building a house with his old man.  Surfing faded into the distance, until he rediscovered a life free from responsibility.

“I guess it was just something I had to do, you know,” he says.

“It’s was pretty good knuckling down and building a house with Dad, but look at me now! I don’t know what happened.  I own my own home and here I am living in a cave!”

Nathan doesn’t own a car, so to get here he caught the overnight bus from Margaret River to Carnarvon, where he quickly identified a fellow surfer outside the bakery and hitched a ride 130km to the Bluff.

The earliest date Nathan knows of a ride home is mid-September. He plans to see the rest of the season out in his cave, but this trip isn’t just another few months of glorious indulgence.  Nathan’s beloved father passed away five years ago, and on this trip Nathan plan’s to scatter his old man’s ashes at their favourite place.