Red Bluff is in the rear view.  At least I think it is; my eyelids are so burnt and salt-encrusted it’s difficult to discern reality from the imaginary.  I’ve spent the past six weeks out in the elements, fixated only on surfing, and a strange scurvy like madness has set in.  It’s time to leave.

On the road, gazing distantly through the dusty windscreen.  It’s difficult to differentiate the track from the scrub in the mid-morning glare.  My beard is shaggy and matted with salt, my feet littered with festering reef cuts.  The roof is stacked with battered surfboards in desperate need of repair, the interior stacked with filthy clothes and rancid camping gear.

Ever since I arrived at the Bluff, I’ve told myself I’ll be here another two weeks.  It’s been nearly two months.  As time passes, life at Red Bluff adopts different faces.  It takes two weeks for the initial froth settles.  Time is still a precise concept, but surfing becomes a more calculated, methodical exercise. 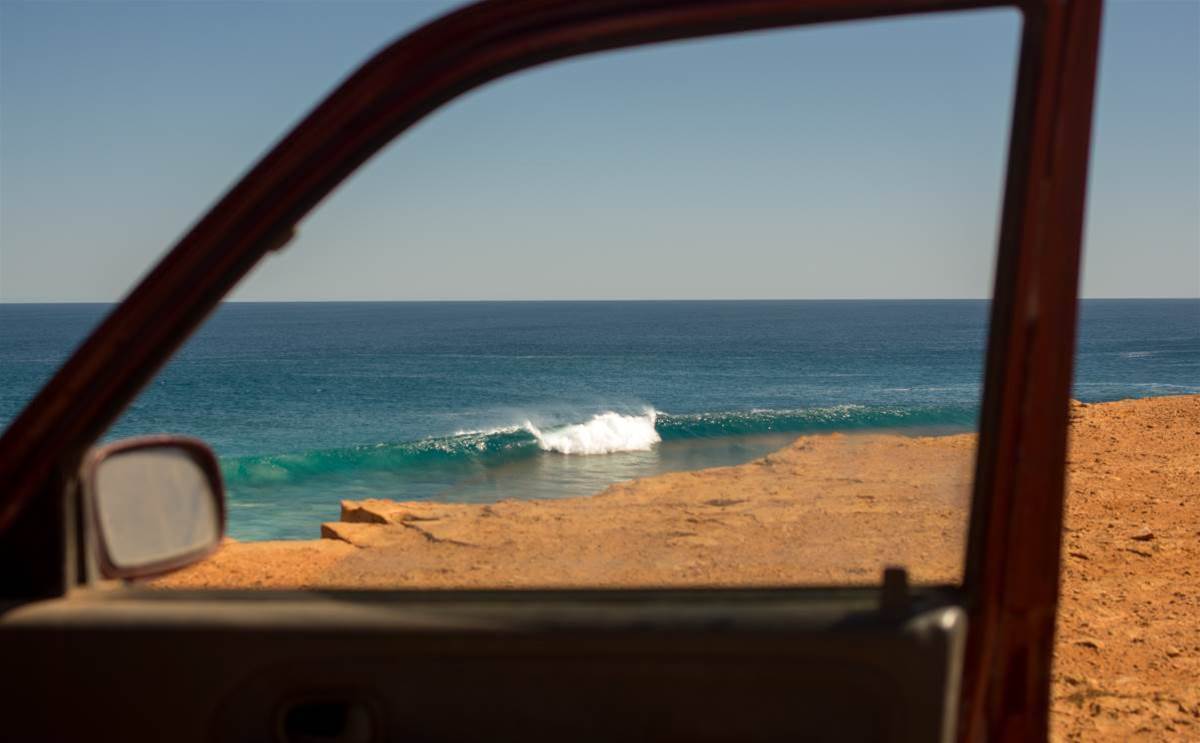 A view with traveling for.

One month (has it really been a month?) and you begin to slip into a trance, hypnotised by a pendulum of wind, tide, swell and the crowd.  Six weeks, and a strange kind of desert fever begins to set in.  The prospect of dragging yourself away becomes incomprehensible.

A two hour lull was the only way I could force myself from the water this morning.  Luckily, the wind swung onshore as we began to pack up camp.  Now, driving into town, reminiscing, dreaming of a hot shower and a change of clothes.  Oh, cleanliness! How I’ve missed you!

Despite the immense satisfaction of living within a quick peek of a world class wave, life out at the Bluff can be terribly uncomfortable.  There are plenty of things I won’t miss: the insular nature of campground life; the incessant wind; the gnawing restlessness when the waves go flat and the weather gods get angry. 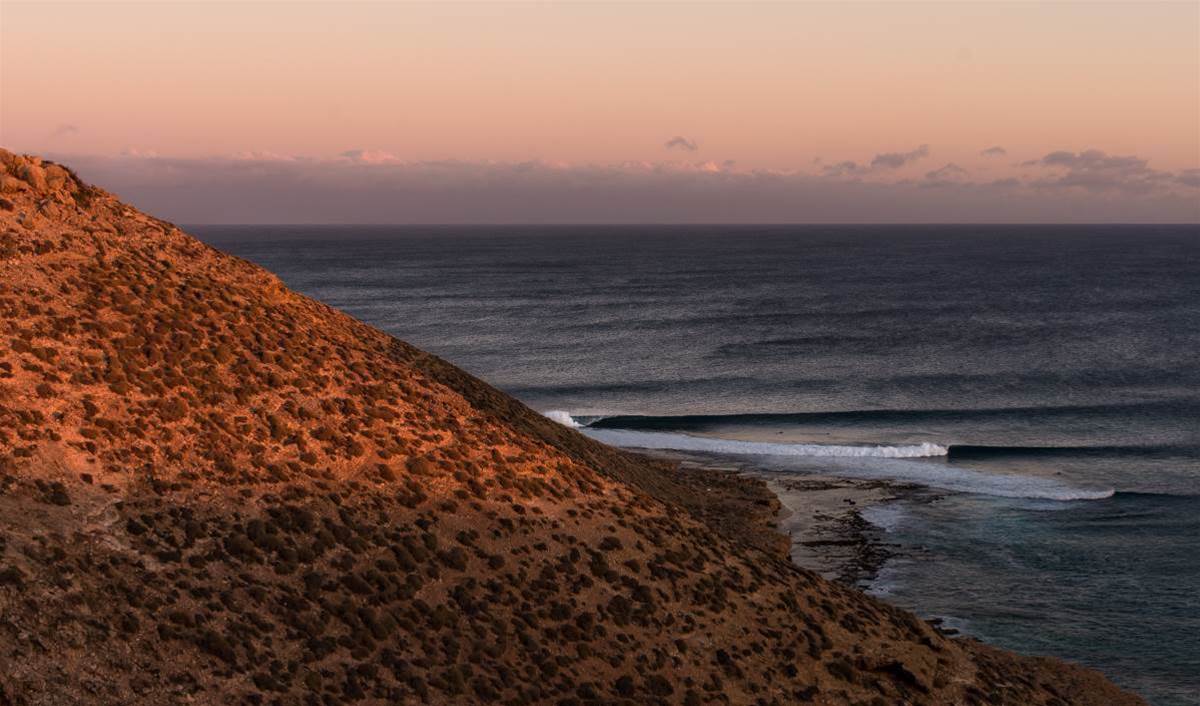 The oily afternoon glow reveals an aquatic playground in our Great Southern Land.

A rising tide of message tones interrupts my train of thought.  Beep beep.  Responsibility. Beep beep. Obligation. Turn the bloody thing off!  Halfway back into town, and I’m caught in an awkward limbo between a prolonged Red Bluff fantasy and the reality of returning to The Real World.  I consult The Forecast for advice.

Gazing into the crystal ball of waves, looking towards the end of the week, and there it is! A swell!  Awaiting duties are overshadowed by a large spike in the charts.  Stop the car! Turn around!

Back in town, umming and ahhing outside the supermarket.  All I need is another box of beer and a few more veggies and I’m set for a few more weeks.  Washing can wait.  Work can wait.  The Bluff occupies the forefront of my occipital lobe.  All I can see is The Bluff!  Oh, the holy Bluff!

Finally, with a sinking feeling of despair, I drag myself away from my reveries and back out onto the highway.  It’s time to move on, but there’s one particular pleasure that I can take on the road with me, knowing that no matter how long I’m away, Red Bluff will always be the same.