The Gathering of The Tribe and the Wall of Fame - By Luke Kennedy Rob Plumb and Ron Allcroft Celebrations for the 50th year anniversary of the Bells Easter Classic began on Saturday with an event, which invited all past competitors to congregate at Bells and reminisce about their experiences of the world’s longest running competitive surfing event. 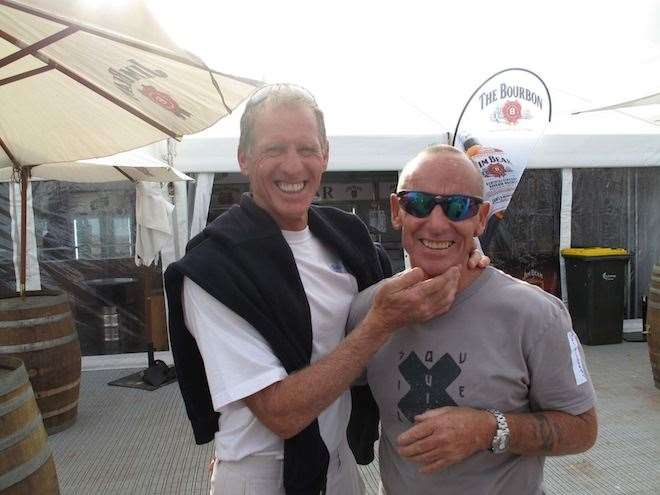 Celebrations for the 50th year anniversary of the Bells Easter Classic began on Saturday with an event, which invited all past competitors to congregate at Bells and reminisce about their experiences of the world’s longest running competitive surfing event.  Dubbed, The Gathering of the Tribe, the ceremony attracted a veritable honour role of Australian surfing legends. Although I arrived late, the scene was still awash with Nostalgia as I made my way in to the Bells Car Park. It was, as much as anything, a celebration of talking story and I stumbled straight in to a couple that are probably not suitable for re-telling in this space.
Two of the lesser-known legends I did happen upon are featured in the photo below and both spoke about their most memorable experiences of Bells. Rob’ Plumb, who was once recognized as the protégé of Wayne Lynch recalled coming up against Wayne in a final at Bells in the 60s. “ Well you couldn’t beat your hero could you,” suggested Robert, who was obviously still in awe of Lynch’s mastery.
His good mate, Don Allcroft was intent on dismissing the widely accepted notion that 1981 was the year of the biggest swell for the contest.
“ The biggest I’ve seen is 25 foot – 1965. Just ask Claw”  [Claw Warbrick the co-owner/pioneer of Rip Curl]. Nobody could get out… The cliffs were shaking and there was water rushing up the cliffs.
It was perfect though. You know ‘81 was fat and sexy but this was just barrelling through. This is true!”
As for this year’s Easter classic, the forecast looks good for later in the week – maybe not 25-foot-good but clean and solid none the less. Regardless of the wave size by the end of the event there will be another chapter of stories added to a contest that forms an integral part of the Australian surfing identity. There will also be another winner of the most coveted trophy in surfing, and in the fiftieth year it will feel just that little bit more special. 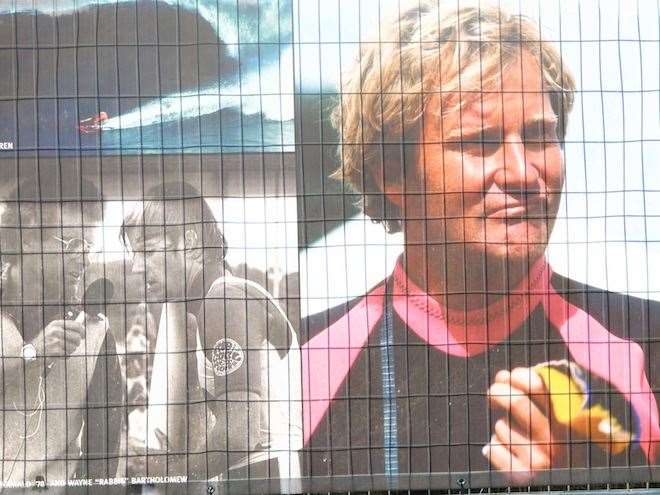 A car park tribute to Simon

This year the fabled Bells car park is flanked by what might best be called a Wall of Fame. The wall features full colour prints of past Bells champions and definitely gives the whole contest site an epic quality. At a glance it’s a tactful and eye-catching way to tap into the event’s rich history.