Slay the summer-time blues with this well-crafted, twin fin foamie

As the subculture of soft board riders expands exponentially it seems every board manufacturer wants to make sure they have a ticket to the foam ball. Mick Fanning has been cashing in on his range of MF models, Hayden Cox has a seven hundred dollar Hypto Krypto softie that has been selling like a COVID cure, while Pyzel’s John John- backed foamies will hit the market over summer. There’s a host of other well-presented attendees at the foam ball and it’s tough to judge who is the sexiest of them all. The range of choice can be a little overwhelming at times, but it is certainly better than the days when we shredded skin and bogged rails on the boxy McCoy and Hanimex foamies, which were the only soft options in the 80s.

The goal of most high-end foamies now is to deliver the performance of a regular PU or Epoxy board with the squishy forgiveness and fun factor of a foamie.

To achieve this end, the Beach Cloud features a performance fish outline, with a wide (but not excessively so) swallow and a twin fin set-up. It utilises sophisticated construction techniques, boasting an EPS blank, which is glassed in epoxy resin before being moulded into a high-density foam deck. The slick, hard-bottom helps take it closer to a real board feel and delivers great pick-up speed.

However, what most foamie aficionados will tell you is that the performance ultimately comes down to the rail shape. Failure to provide a refined, sensitive rail has been the chief fault of many of the soft-board companies who have banked on the fact that learner surfers don’t know any better and won’t care. However, as more regular surfers add a softie to their quivers the various manufactures have had to up their game when it comes to rails.

The Beach Cloud rails are full but smoothly rounded, pulling into a sharp edge where the foam-deck meets the slick bottom. Riding the board you had little difficulty finding the rail and the sharp, bottom edge helped ensure it held in splendidly when you applied pressure through a long carve.

We test-rode the 5’4” and the 5’6” Beach Cloud in punchy one-to three-foot wedges that featured steep and bowly sections and chubby corners.

The Beach Cloud easily handled the more critical scenarios and at those lengths (5’4” and 5’6”) it could be squeezed right in the pocket on every turn. Tracks test-rider Curt Bate (see clip) was turning heads on the Tamarama shorey with his combination of full-rail carves, tight snaps and airs. Curt was like an anti-Trump graffiti artist let loose inside the White House – there was spray flying everywhere. Curt rode so many waves in his first outing he had to sideline himself for the arvo session due to wave quota violation. He’d had too much fun and sun, and was totally surfed out.

Reflecting on the Beach Cloud after his super-session Curt was full of high praise for the board, “The 5’6” Beach Cloud by Misfit was a winner for me. I liked the lower, profiled rails, drawn in swallow for tail release, and a rocker template with enough curve for the pocket, but also flat enough to plane through fat sections. It felt like way less foam than your average foamie so you can put a rail into the water for fun transitional turns, but there was still enough under the chest to paddle into anything with ease.”

If you want the balance between performance, paddle power and planing speed the secret is to select a size that is a little more than the volume of your regular board (say one to four litres) but not too over-sized. Curt typically rides around 29.9 litres in his Byrne, fibreglass fish and the 5’6” Beach Cloud is 33.8 litres. I typically ride around 28.5 litres in a fish and the 5’4” Beach Cloud is 30.8 litres.

It also depends on what you are investing in. If you want a board that will trim and generate speed in the fattest waves imaginable then it’s obviously preferable to go up a size. If you want something more closely approximating a performance fish then go the smaller option. I’m around the 75kg mark and found the 5’4” Beach Cloud to be ideal when the waves were small but had a little push.

It’s important to remember that The Beach Cloud is a Twin Fin. It doesn’t have the immediate pivot of a thruster and to really get the most out of it you will need to focus on using the rail rather than an ever-reliable centre fin. However, once you find the groove you will soon get hooked on the sensation of a twinny. The advantage of choosing the twinny model is that it means you are not only getting a soft board sensation but experiencing the unique glide of a twin fin. It’s a board far enough removed from your regular thruster to deliver a completely unique sensation – whilst still offering high-performance capabilities.

The Beach Cloud is designed with the Future Fins system and sold with a set of basic twin fins, but we test rode ours with different versions of fibreglass, Future Fins. There is little doubt the board performs better with the more advanced fins rather than the stock ones supplied. After trying a range of different fins in the 5’6” model Curt had the best result with keel fin options. “The Merrick keels were really good, held in fast tight turns and were super responsive but had limited fin-tip release. The Futures, Carbon twin keels were light-weight and stiff enough to generate speed but lacked in surface area for tight holding turns at high velocity. They did, however, release very easily and made off-the-top turns and finners really fun.”

If you are looking to add a softboard to your quiver to keep your summer surfing fresh and experience a twin fin sensation, minus the concerns about dings to your board and body then the Beach Cloud is a worthy option. At $525 the price tag is not insignificant, but it’s close to half the cost of a regular board for an almost equivalent performance level. And it’s hard to put a price on fun. You don’t have to become foamie tragic who rides them exclusively, but there is little doubt there are certain days when it’s way more enjoyable to take the soft option – particularly when you have a few friends on similar craft and you are craving a novelty factor to keep things interesting. 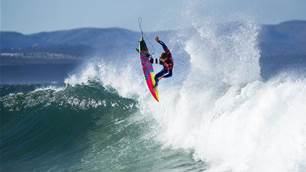 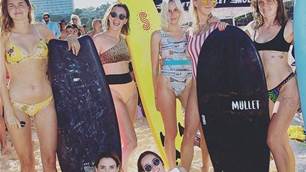 Mullet Pro is Good to Go 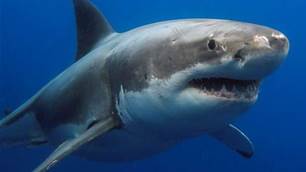