The board that won Shaun the 1977 world title and also speared him through the barrel on one of the most famous free-surfing waves ever captured on film.

The 1977 world title came down to the wire in Hawaii with Shaun Tomson locked in a tight battle with Rabbit Bartholomew. It was the suave and sophisticated Sth African known for his tube mastery, pitted against the ruthlessly competitive Australian who had a rep for being flamboyant in and out of the water. While personality traits, tactics, and luck all played their part, board choices were also critical. Below, Shaun provides a compelling insight into how his Spider Murphy shape played an integral role in helping him win pro surfing’s second, official world title and why the board is perhaps better known for its role in one of surfing’s most fabled rides.

“I believe it was one of the best single fins ever produced - the absolute high point of a single fin for power surf and solid tube rides up to 10' in Hawaii.

The board was 7’ 0” x 19 x 2 3/4 - 11 tail, 12 3/4 nose - single to double concave - I believe I was the only surfer using this bottom configuration which was the ultimate design for tuberiding - 9" single fin, 6" base, set 5 3/4 from tail - foiled marine plywood fin. Wide point 2 3/4" ahead of centre. Concave under my front-foot for acceleration in the tube - I could just weight up the concave when driving through the barrel and the board would fly. 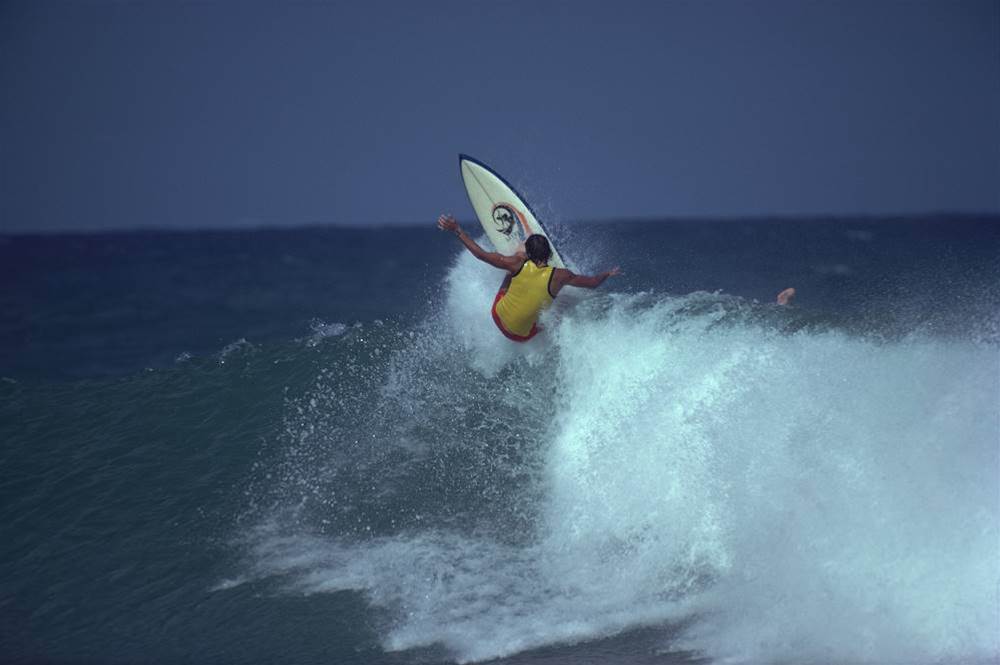 Shaun punching through the lip on his title-winning, Spider Murphy 7'0".

The big fin enabled me to sit on that foamball and curve the wall to my will - bend time and space around me - smooth out that slippery ride when the tail kept trying to break free. Thickness kept under my chest and through to the nose in a soft beak so it was perfect for late take-offs and backdooring tubes while dropping in, which was not done back then. The board was originally designed for Off the Wall, Backdoor, small Pipe, Rocky Point, Haleiwa and Laniakea.

I never lost it on take-off on that board - not once. Spider reckons the board had a perfect curve and is still using it for the basis for many of his boards and did so for the twins he did for Potts and I into the 80s and then for modern thrusters. 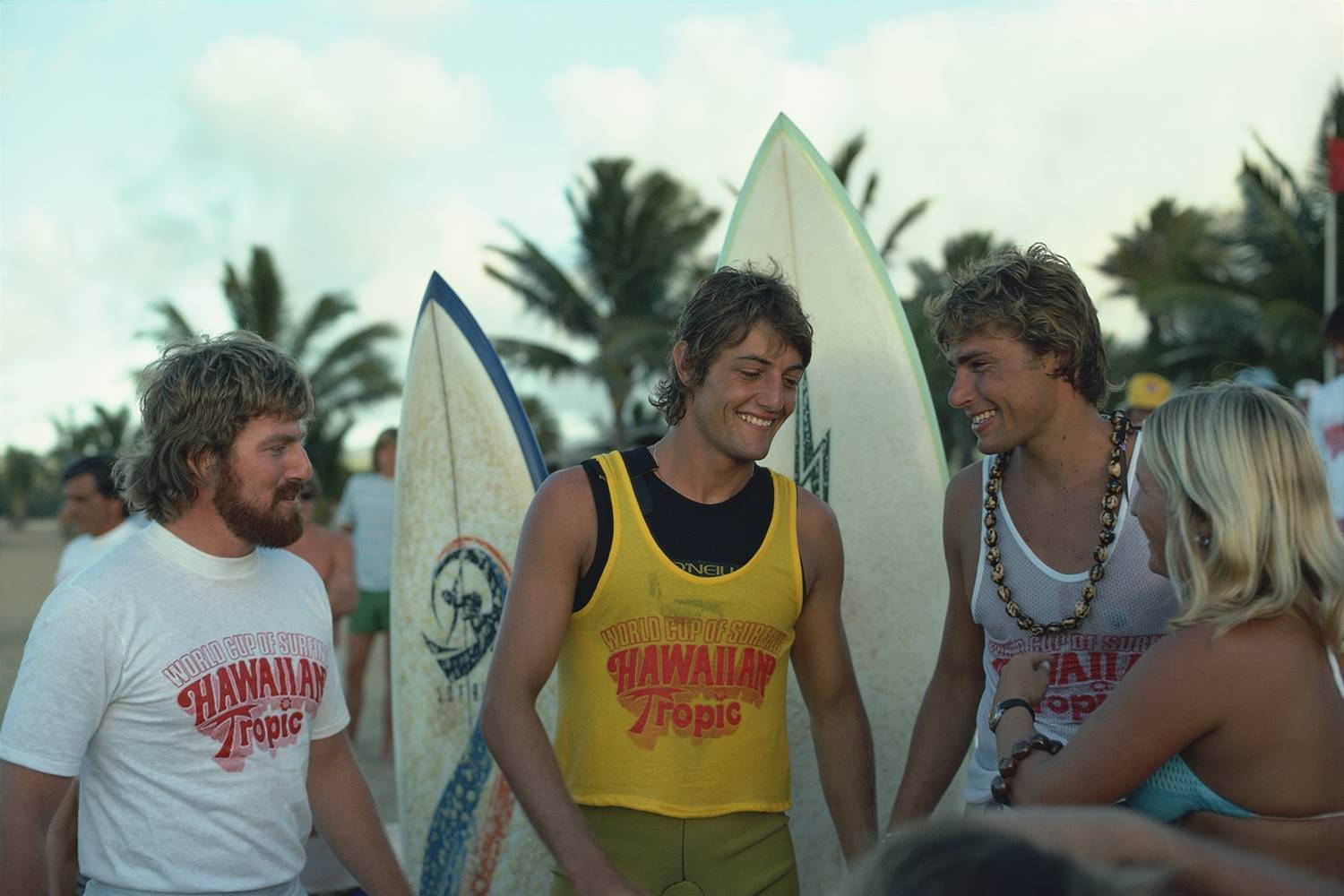 Shaun with cousin Michael on the right at the 1977 World Cup in Hawaii. The magic board, which helped Shaun claim the world title in that event is over Shaun's right shoulder.

Spider would draw up the outline on a blank - we would review and make a couple of changes. On this one, he cut it out and then he put it on the shaping floor and I stood on it to see how it looked beneath my feet - it looked perfect and ultimately it took me to where I wanted to be. 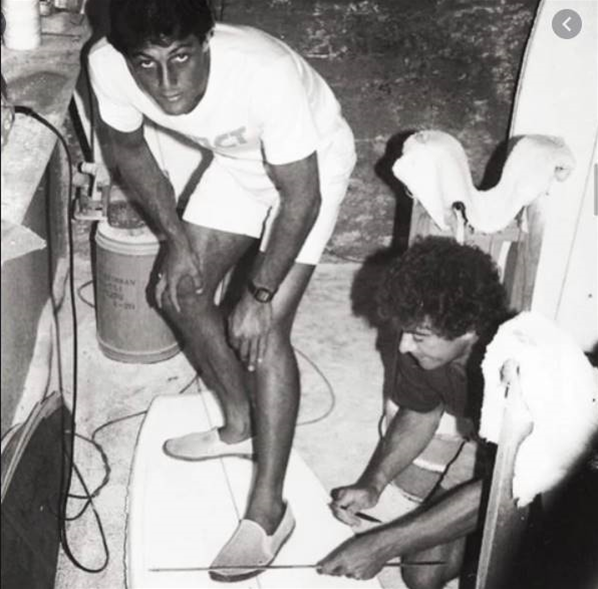 Shaun and Spider Murphy making sure they have the measurements just right.

He did a resin squeegee (this was before airbrushing) around my logo that became the Instinct logo developed from a drawing from this old picture. 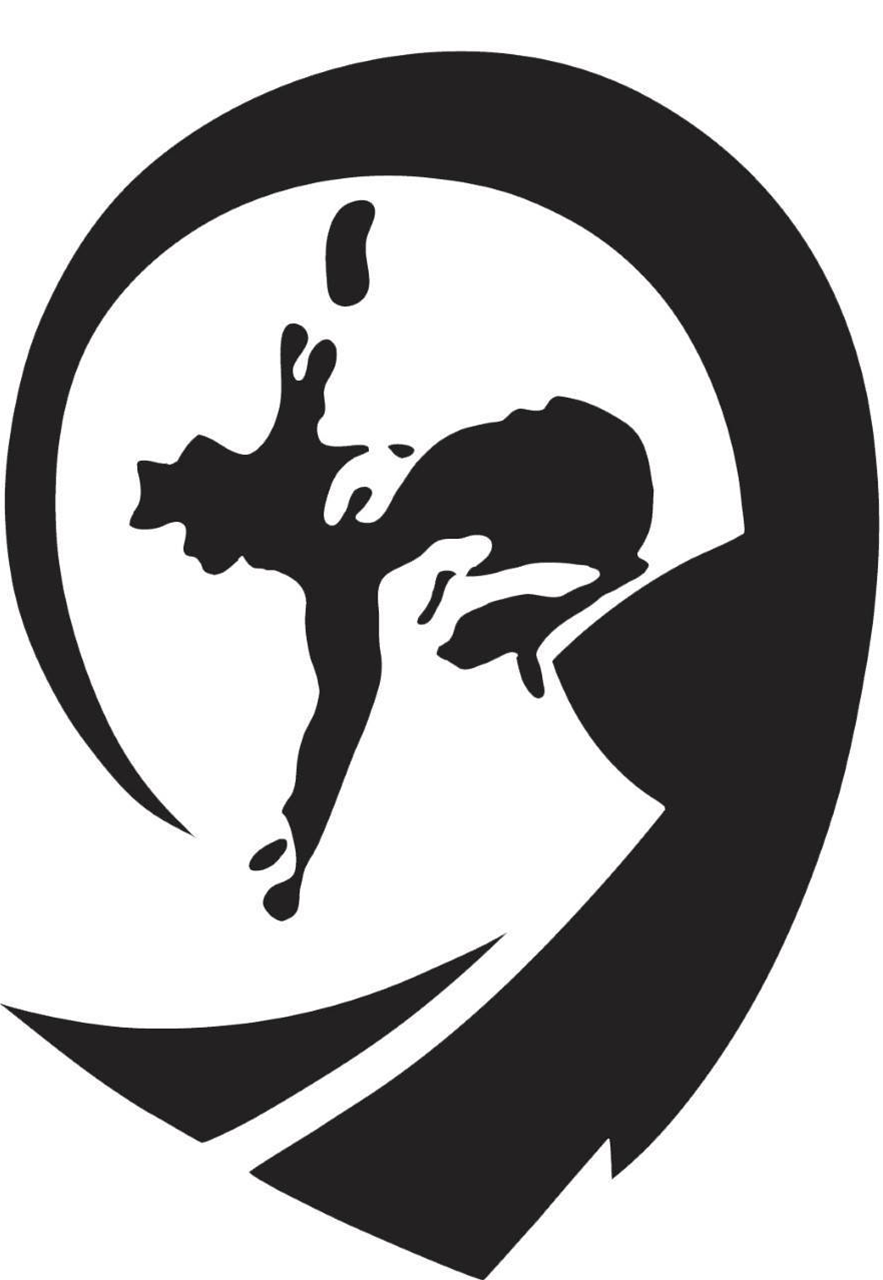 The design on the 7'0" that eventually became the logo for Shaun's surf company, 'Instinct'.

However, I think the board will always be remembered for the wave I rode behind MR at Off the Wall in Free Ride. 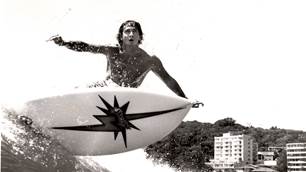