Jack Freestone takes runner-up, while the winner and runner-up jump to No. 1 and No. 5 on QS rankings.

“Hunger and fear are the only realities in dog life: an empty stomach makes a fierce dog.” - Robert Falcon Scott

Ballito, Durban North Coast – Coming into the first 10,000 WQS of the year a little late – I had been overseas on a non-surf trip – the surprises were thick and fast coming when trying to catch up. No sign of Jordy, or Mikey Feb. Mikey Wright was a non-performer, as well as former event champion Connor O’Leary. Where was Jeremy Flores, and where was Leonardo? There was no sign of Jack Robinson, and there was no sign of Mitch Crews. The South Africans were all gone, and there was someone I had never heard of before – a Brazilian called Peterson Crisanto – who seemed to be the man of the contest. That he took it all the way to the final is testament that he was the danger man as professed by WSL commentator Gigs Celliers, but who was he? It turns out the man has a bit of a backstory.

Crisanto was on the WQS a few years back – he finished in 48th spot in 2014, wedged between Caio Ibelli and Pat Gudauskas – but there was not enough in the pot for the man to keep going, and he resorted to manual labour for a couple of years to keep the lights burning. Between the toils of lugging bricks and mixing mortar, the dream stayed alive, and in 2018 he embarked back onto the WQS for another crack at it. At 26 years of age, 5’7 and sponsorless, the man was taking a risk, and investing that risk in himself.

It seems to be paying off.

His win at the Ballito Pro did a number of things for the man from Matinhos, Parana, Brazil. Firstly, it rewarded him with 10,000 QS points, enough to put him top of the pile of the WQS rankings. Secondly, it put $40,000 in his back pocket, to get him to the next event and further. Thirdly, it gave him that confidence that he needed to vindicate that he was in the right path. Now we just need to see if he has the Kelly Disease, of needing to win more and more events, for more and more applause. If he has, then this event will be the turning point. Fourthly, the man was lauded in international media for being red-hot, a nice guy, but a fierce competitor – a sponsors’ dream. So maybe more will come out of it. 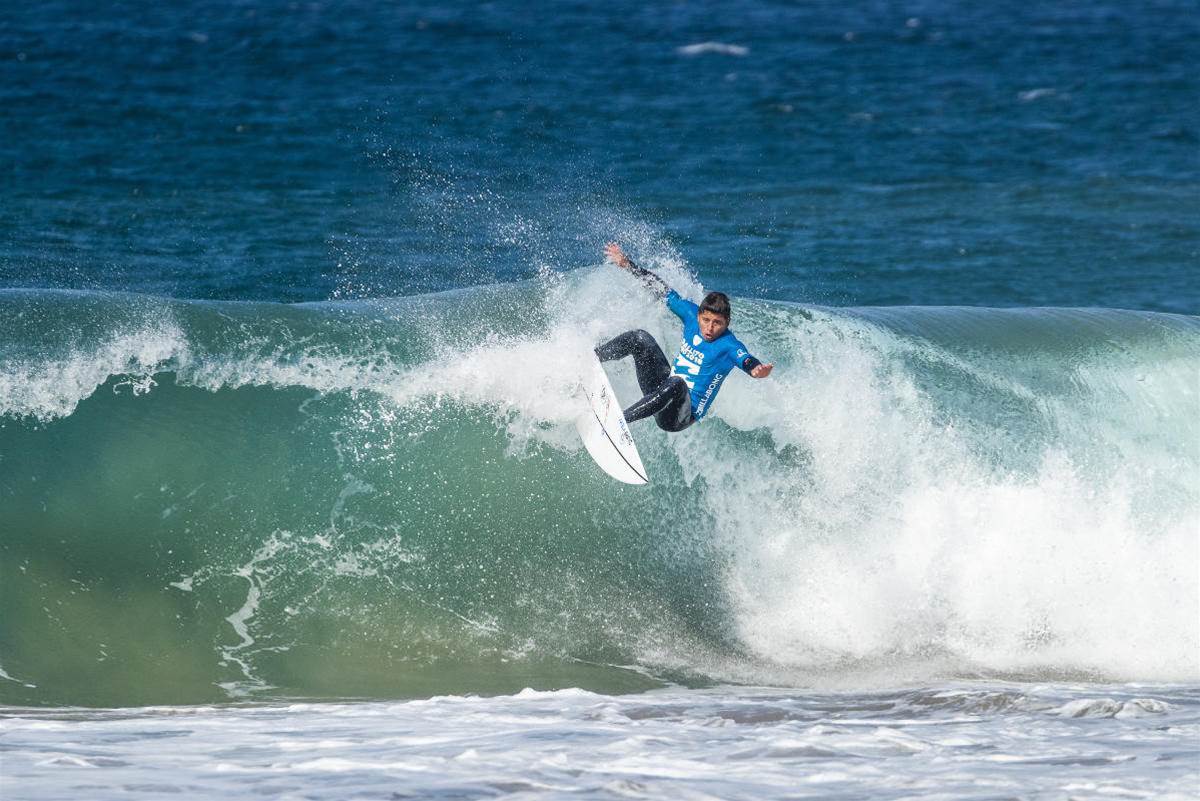 “This is the biggest win of my career so far and it comes after a lot of hard work and hard times,” said Crisanto. “For the last two years, after I lost my main sponsor, I just competed in Brazil to earn money to travel.”

Aussie money was on Wade Carmichael and Jack Freestone, both who were through to the semifinals, but the big guy went down to Freestone, and it was all up to former CT surfer to do some damage in the final. He knew he had to go large – he does have a couple of mouths to feed these days – but Crisanto was having none of it, and put the good scores up in lights early on in the final, leaving Freestone chasing all the way to the final moments. The southwesterly came busting through, the Brazilian was the champ, and Freestone flew through the air from 158th place up to a credible 5th spot on the QS ratings with his 8,000 runner-up points. It’s a big deal.

With so few 10,000 events on tour this year, big results at these events are the surest way of qualifying for the CT and getting listed on the Jeep Leaderboard, but until you’re focused and getting results from these tournaments – there are only six such events – you’re out the game.

For now, Crisanto is very much in the game, and he is yet another Brazilian underdog and battler who has been rightfully thrust under the spotlight.