After months of competition, Brent ‘Brenno’ Dorrington has been named the inaugural Oakley Battle Clips Champion. Brenno, or Midget Magic as he’s known to friends, was awarded the $20,000 winner’s cheque at a special event screening of the Oakley Battle Clips film in Newcastle as a part of Surfest.

Competition was tight for Australia’s first man-on-man surf clip competition, with Brenno edging out fellow finalists Jack Robinson, Sheldon Simkus and recent Volcom Pipe Pro winner Soli Bailey. The earlier rounds of competition were also stacked, with the field containing everyone from CT surfers Stu Kennedy and Adam Melling to underground chargers like Nick Vasicek and Jayke Sharpe. Brenno’s performance in Hawaii during the filming of the Oakley Battle Clips final (the four finalists were flown over to the North Shore to film their final section as part of the competition) was enough to give him the overall win, however, with a judging panel that included Julian Wilson deeming the vertically-challenged Gold Coaster’s final entry as the best on show. Featuring a gutsy display of barrel-riding out at Pipe and Backdoor as well as some beautiful railwork, his section also scooped the highest number of online votes, which accounted for a third of the final result.

Brenno took to Instagram to celebrate his win and thank his supporters, posting: ‘Sooooo stoked … Where do I start, THANKYOU so much to everyone for going out of their way and voting for me!!!!’

Considering the twenty-eight-year-old Mad Hueys stalwart is still competing in selected QS events and has recently become a father, the cash from the win is sure to come in handy. He is currently competing at the Maitland and Port Stephens Toyota Pro at Newcastle where yesterday he progressed through his Round 1 heat. Tracks is yet to verify if he celebrated his Oakley Battle Clips’ win with a shoey. 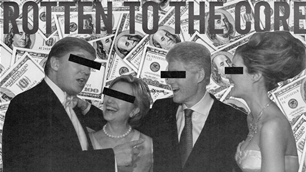 Must Watch: Rotten To The Core 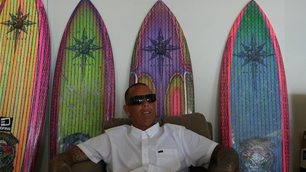 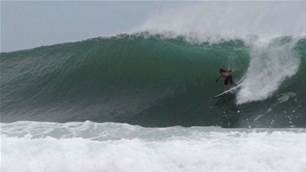