He’s at long odds, but you can’t count Wilko out from making a comeback on home soil.

Remember when Matty Wilko took that mongrel backhand of his and used it to make a couple of legendary runs at the world title? Unsuccessful though he was, he captured the imagination of Aussie surf fans in a way it hadn’t been captured in years. It was like watching one of your best mates take it to the world’s best. Then it was over almost as quickly as it began.

Hard to believe just two years ago the guy was ranked fifth in the world. His exit from surfing’s spotlight has been swift and unceremonious. After falling off tour at the end of 2018 he struggled to make a heat in 2019 and finished the year ranked 129th in the world. As it now stands he’s 31, no longer sponsored by Rip Curl, and in perilous danger of having to join the rest of us poor bastards in the real world.

Personally, I reckon Rip Curl kooked it by not plonking him alongside Mick and Mason on The Search, but that was their call. The fact is he now needs some kind of competitive renaissance to stand any chance of remaining relevant in professional surfing.

While a win in the QS3,000 Vissla Central Coast Pro won’t send him hurtling back into world title contention, it’ll be a step in the right direction. The contest kicks off today at Avoca, and although you wouldn’t call it a stacked draw, it’s still attracted a high calibre of competitors. Ace Buchan is the number one seed. A bunch of former tour surfers including Nat Young, Mitch Crews, Soli Bailey and Stu Kennedy are there. And while 3,000 points might not seem like a lot, it all counts at the end. Just ask Connor O’Leary. He took out the event last year and counted those 3,000 points in his successful qualifying campaign.

So what’s Wilko got going for him?

Not his seeding, for one thing. Given he fell out of the QS top 100 last year, he’ll be kicking off in Round 4, a round before the event’s major seeds.

But forget that for a moment and consider who we’re talking about. This is a guy who made half a dozen tour finals in his career and won three of them. Ace Buchan can’t claim that. Neither can any other surfer in the event. That’s not taking anything away from Ace or anyone else, but Wilko’s surfing at full tilt - particularly his backhand - is a thing of wild beauty.

And guess what? Avoca Point, where the event will hopefully be held, is a rippable right-hander just around the corner from where Wilko grew up. He might live in uber-cool Byron now, but rest assured those working-class walls are etched into his Cenny Coast DNA.

Of course, I could be way off the mark. Two years can be a long time in surfing terms and Wilko’s recent form hasn’t exactly got him at short odds. Maybe I’m just a sucker for a good underdog story. The kind where a likable larrikin struggles during his first six years on tour and then turns it around with a couple of inspiring wins and one of the most legendary bar tabs in all of pro surfing.

Either way, it’d be cool to see one of surfing’s favourite characters back on the podium. 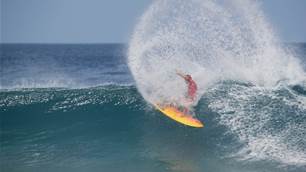 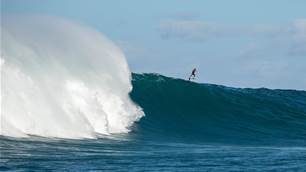 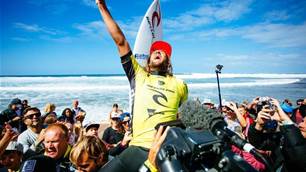 Why Didn’t Wilko Get a Wildcard into Bells?