Two days out from the start of the Hurley Pro Tracks caught up with the man they call Damo who’s finally sitting back in the top ten after a horror shoulder injury in ’08 lead to him finishing an uncharacteristic 24th on the world tour.

Two days out from the start of the Hurley Pro Tracks caught up with the man they call Damo who’s finally sitting back in the top ten after a horror shoulder injury in ’08 lead to him finishing an uncharacteristic 24th on the world tour. His lowest finish since joining the elite tour as a rookie in 2000 where he finished 25th. Damo talks candidly (and wisely) about keeping it real, the recession and how a goofy can win Trestles. 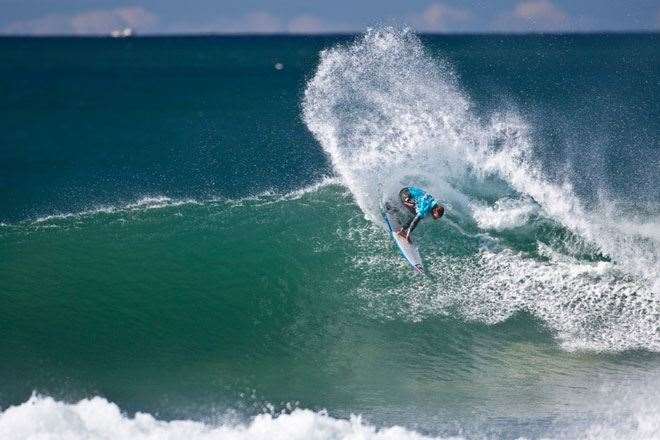 So Damo, you’re sitting fifth on ASP world tour, five events down, and five to go. How you feeling?

I’m feeling pretty good apart from having the worst sinus infection I’ve ever had.  Had it for over a month now, couldn’t kick it and it went into my lungs but whatever, still surfing.

You’re coming of a second at Jeffery’s Bay, feeling the wind in your sails as we head into the Trestles event this weekend?

I feel like I’m back were I should be. Not injured… you know after you have a few injuries then get back you feel normal and all, but your confidence has been shot. You don’t have any boards that you can rely on and stuff so it’s not as simple as what people think. “Oh, he’s all better.” Yeah, you’re better physically – but you don’t have that complete professional act. I also put on weight, had to go up on board size… I really bulked up.

Yeah, he’s been going the opposite way.

Does it affect you family life when you’re doing well, or say struggling like you did last year?

No, that’s the challenge right there. That goes form the bottom to the top. You do what you can (in heats), but I can’t let an outside factor like a judge, or how I did on a wave or whatever affect me once I step back onto the beach. I gotta be myself. You notice some people on tour they’re all the chirpy happy go lucky guy one year when they’re doing well, then all of a sudden, you see them the next year and your all, “That guys getting all beat up and bitter”, because he’s low in the ratings or something like that. You can’t do that no matter what you’re doing! You can’t let that effect you or it will take you down like a disease.

Speaking of family congratulations on the birth of your son, Colt. Did you come up with that name?

I had a Coltan in my family… so it’s kinda a family name. Plus, there’s a quarterback in Kauai that plays in the pro leagues now, and his name’s Colt. We were debating over Cole or Colt. 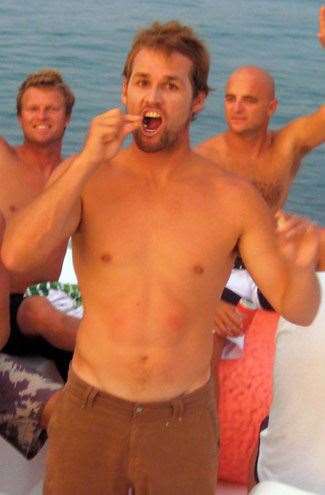 On your blog recently you pointed out surfer’s earnings compared with other sports stars. Personally you’re on over 800,000 dollars in career prize money are you excited about hitting a mill?

No! I don’t think about that at all. That thing was just a take off because I felt like everyone was bagging on Kelly for trying to grow the sport. It was sort of, “hey, look how much life and soul the guy’s put into this surfing thing and everyone’s trying to bag him and look at the measly peanuts the guys made.” That’s kinda what that was about.

What does a goofy footer look for to win at Trestles?

If it’s proper Lowers you have to go right. You can get the score on the left but it has to be that magic wave at the right tide. But, you don’t rely on it. In saying that, if the swell is north/west, which it might be for the first few days, then the left is better and the right will run out to sea and be a bit weak sometimes.

In a landmark moment in 1989 goofy-footer Christian Fletcher won a whopping 50 grand at Trestles punting airs on the left, the first genuine win by aerial surfing. Inspirational?

Yeah, for sure! He was an inspiration for everybody, through the whole surfing world. And then Kelly won the year after, the In Black and White moment.

What affects have you seen the recession have on the surfing industry in America over the last 6 months?

It’s been the same as it has for any other industry. There’s been companies go down, and a lot of riders that are amazing surfers that don’t have sponsors, but that’s standard. I do think things are starting to get back on track and people are making moves to further their company and things like that.

And maybe it’s also good time for the surfers and the ASP to take another step again?