Get Ready For a Jeep Leader Board Shuffle

It is always so exhilarating to see Kelly come to life in a heat. He has been on the receiving end of criticism lately, with skeptics and judges alike sometimes guilty of not giving him enough credit where it is due. At times his boards could be faulted, but there were also moments where it did seem that he was being low-balled, but that all changed today.

In his performance he showed flashes of the best that he can deliver in such conditions, and reverted back to the Kelly Slater basics – the aggressive forehand gouge that he has been practicing for the last 27 years. The crowds loved it, the judges enjoyed it, and Kelly won on a surge of confidence and smiles against Owen Wright.

The wind was puffing a little bit, and Kelly was on a mission to get as many waves as fast as possible in the early part of the heat, while Owen waited for the sets. “I played the heat right,” said Kelly post-heat. “Owen got the pick of the litter on the sets, but I got the better in the exchange.”

A slabby and impressive little barrel from deep over the reef, straight into a massive carve set the tone for what was to come and he proceeded to actually ratchet it up as the heat progressed.

He was surfing fast, and his equipment looked so good, totally suiting his surfing. ‘I just had the mindset that in these little rights I had the advantage on speed,” said Kelly after his performance. His post-heat interview was light and funny, as if Kelly didn't have a care in the world, which is probably when he is at his most dangerous. The whole act was all quite a pleasure to watch, and even Ronnie Blakey started ‘misting up’ in emotion as a result of Slater’s performance.

Contrary to this feel-good storyline, contenders John John Florence and Italo Ferreira, the top two on the Jeep Leaderboard, both crashed out of their heats. John John’s heat was close, but Italo simply had the proverbial shocker.

Confidence and form reverberated through Joan Duru’s performance, as he came out swinging against John John in their encounter. His backhand surfing was vertical, and critical on the right sections of the waves to secure the edge, albeit a very thin one, against the Hawaiian. Joan looked good, but the goofy-footers in the two heats before him had both surfed laterally and had not got the scores as a result. To compensate, Duru just pointed the nose of his board to 12 o’clock, and put some serious power into his surfing. John John went to the skies and pulled off one massive high-risk full rotater, but Duru added more flair than usual, and chipped ahead by 0.1 of a point.

Italo couldn't get it right. He was falling on his airs – something that is almost unheard of from the defending event champion - and then he started falling on basic moves. He was struggling to make floaters, and was just not looking good out there. Jack Freestone went to town against the hapless goofy footer, and took the win with ease.

With those two out of the game, Filipe paddled out against Caio Ibelli, and had some fun out there, stepping up to the plate with no pressure on him. Ibelli went as hard as he could with a massive ‘Superman’ move against Toledo, but frankly it didn't look that good, wasn't that well rewarded, and wasn't enough to get him into first as Toledo started reaching out for that yellow jersey. His top ride, an 8.33, was encouraging to watch, as he mixed it up, surfed the wave a little conventionally by not just looking for the air sections, and combined rail turns and floaters along with the final air reverse on the inside. 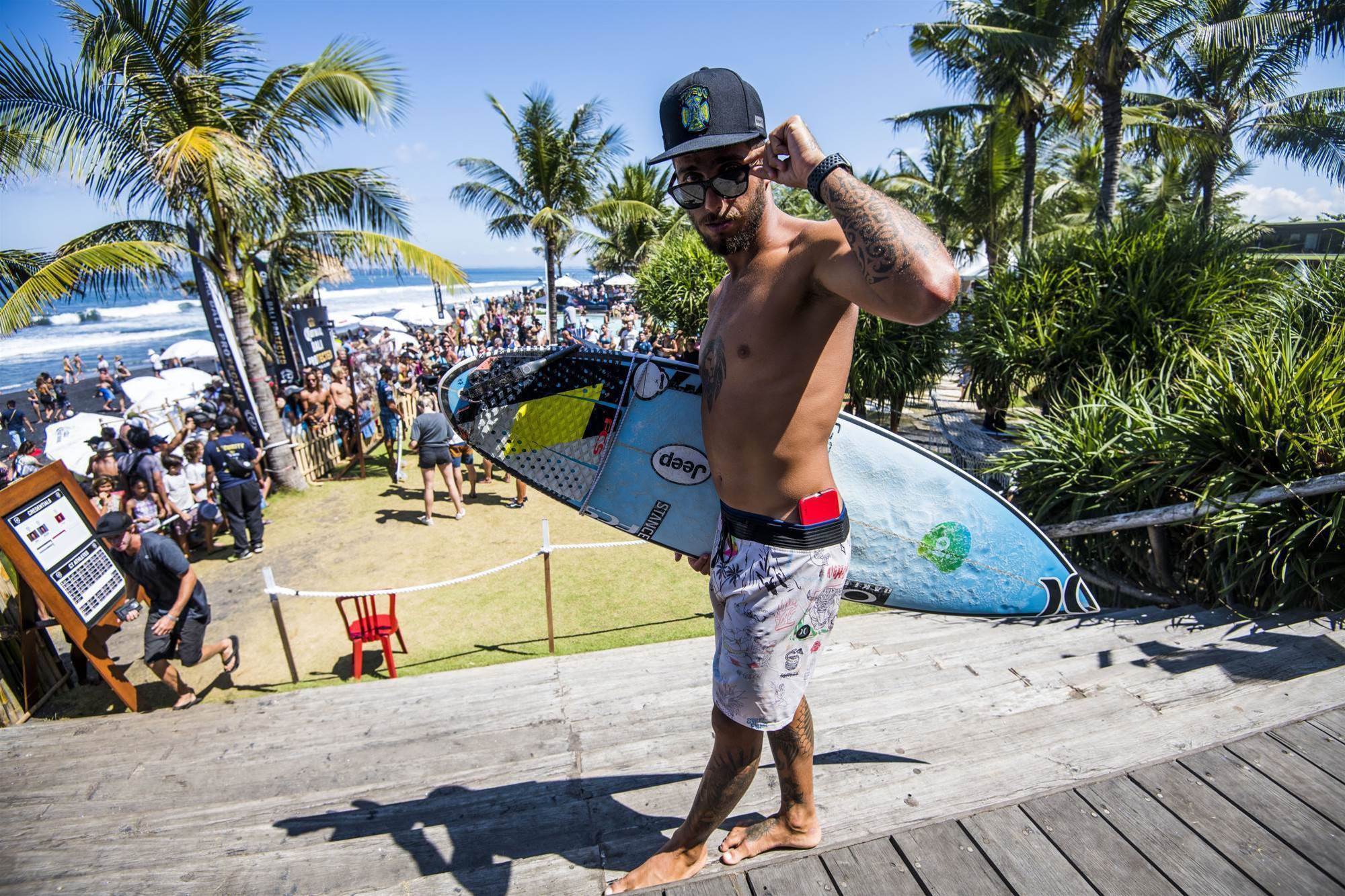 With John John and Italo out of the event it's advantage Toledo.

The final heat of the day was one tight affair, with Michel Bourez, one of the most consistent surfers at Keramas ever, up against Rio Waida from Indonesia. The local kid was looking on-point, but just couldn't finish his waves off neatly to nail the good scores, and with not much in it, he picked up a fast little runner over the reef with seconds to go. He was one big turn, one air, short of a win, but the wave zippered off too fast for him to find the ramp, and he succumbed to Bourez in the final heat of the day.

With Jordy Smith still to come, the Jeep Leaderboard is going to go through some major upheaval post-Bali. Tomorrow is looking like a full day’s surfing, with conditions much the same as today. 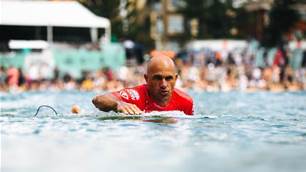 Slater is Going to Win the Title Now