You live a charmed existence, gallivanting around the globe getting paid to surf idyllic locales.  A trip to almost any destination could materialise within a few phone calls: clear, warm water barrels on an exotic beach, cocktails by the pool, plenty of bare skin to gawk at.

Instead, you repeatedly choose to venture into Australia’s harsh and inhospitable interior; where there’s no sign of any human life other than your mates, and you spend weeks living with flies, snakes and dust, surviving off tinned food.

Well, one such surfer with this curious predilection is Creed McTaggart.  Creed’s just returned to WA after three long weeks out in the South Australian desert, and he admits he’s come home with a serious case of desert fever.

“I’ve probably been out there five or six times now,” Creed told Tracks.

“Three weeks is definitely the longest I’ve done out there.  Things start to get pretty feral out there after that long.  We ran out of food and water towards the end.  I didn’t wash my clothes once the whole trip, haha.” 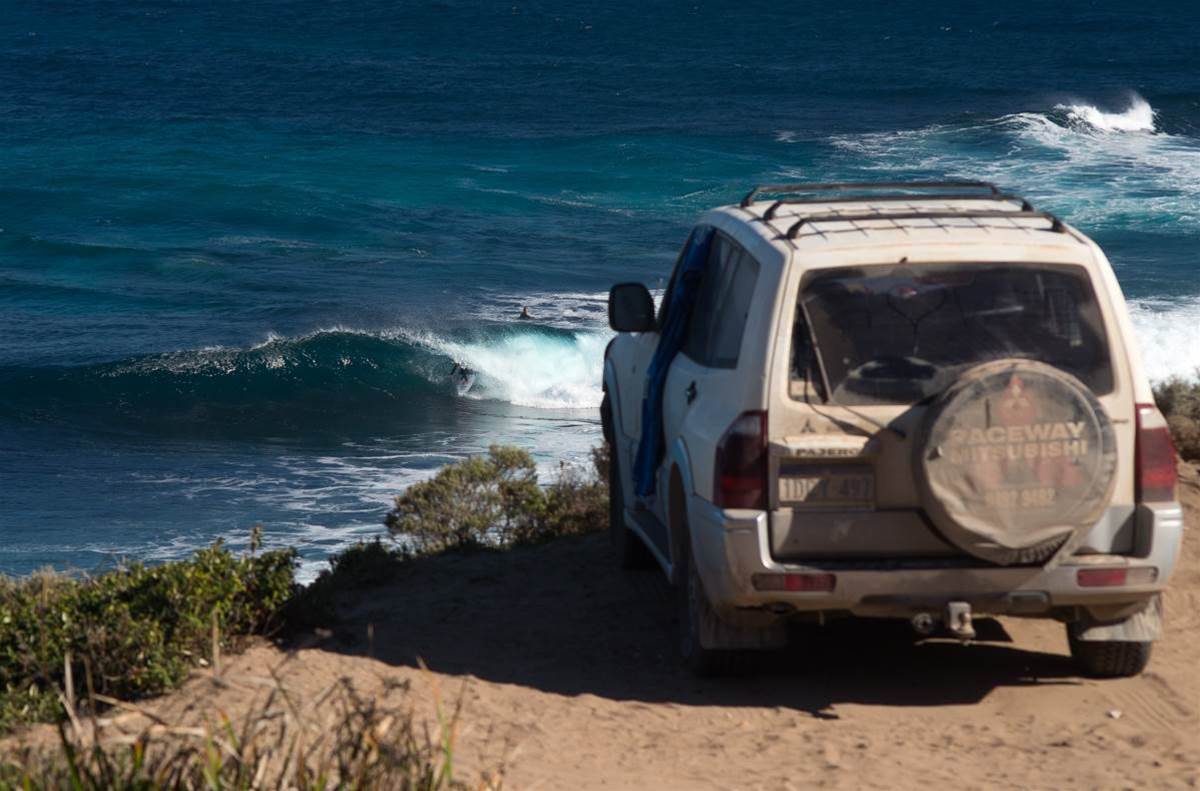 Creed made the voyage with pals Jack Challis, Beau Emerton and Shaun Manners to shoot for an upcoming film, and says the rough living conditions were justified by the waves they scored.

“We were really lucky,” he says.

“We got some really good waves.  It’s so raw and beautiful; there’s probably some of the last few secret spots in Oz out there.”

The specifics of certain stretches of South Australian coastline are a heavily guarded secret – even in the professional surfing fraternity - and Creed says he only discovered the joint through his own investigative efforts, and a dose of sheer luck.

“I’d heard about the waves out there before from a few mates, but they wouldn’t tell me where they were,” he says.

“The first time we went out there we had no idea where we were going.  We just went out there and had a look and kinda just stumbled across some waves.”

South Oz is unlike popular surf destinations.  The Southern Ocean is notoriously rugged and fickle, and often, when the elements don’t align, there are very few alternatives; beer being one of them. Creed concedes that the trip, and the group’s sanity was threatened by unfavourable conditions at times.

“We had about four straight days of rain at one point,” he says.

“It was pretty heavy in patches.  I just had this little tent that was getting blown about, and I was holed up in that for a few days.  It’s definitely not much fun out there when it’s raining.”

With Western Australia experiencing one of its most exceptional starts to winter in recent years, Creed says he’s glad to be back home.

“It looks like the waves have been pumping too, so it’ll be good to hang around home and just cruise for a bit,” he says.

“It’s so good to sleep in a bed and eat something other than tinned tuna.  The desert definitely gets to you after a bit.”