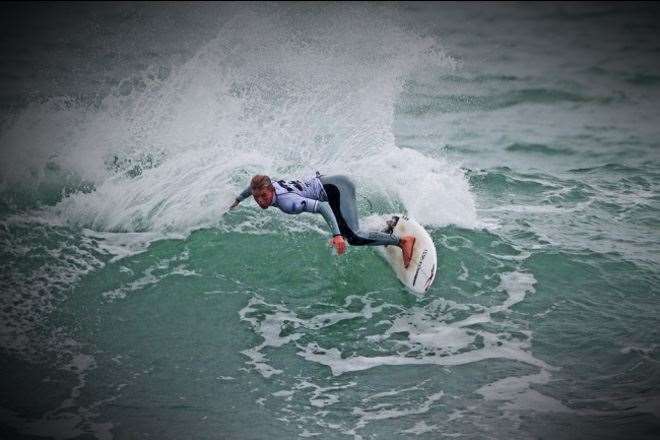 Cathels defeated Ryan Callinan (Newle/NSW) on a score-line of 13.50 to 13.40 tallied on each surfers top two scoring rides.

Early in the final 17 year-old Callinan held a big advantage after uting an outstanding high degree of difficulty air reverse manoeuvre scoring an excellent 8 .25 and establishing a solid lead.

With increasing stormy cross shore winds tearing into the 1.5m (4 feet) waves, excellent rides became almost impossible to attain and Cathels task looked immense but the experienced 19-year-old strategically planned his assault and late in the final found two strong scoring rides, a 6.35 and then in the final minutes a 7.15 to steal the win.

"I figured the only way to win was with two mid range scores, the winds were howling and while Ryan had that one excellent wave I knew his second scoring ride was small so I focused on two mid range scores and it worked this time - it's not a strategy I like because really excellent scores are the only way to win but in these winds it was something that had to be implemented," said Cathels.

This was Cathels second victory this season and while he is still second on this season's ASP Australasia Junior Series ratings, he has significantly closed the gap between himself and current ratings leader Mitch Crews (Qld) who was eliminated in round two at this event. Even tho Crews holds the ratings lead of 3000 points on paper, Cathels has surfed one less event and on adjusted ratings the difference is only a few hundred points.

Ryan Callinan had mixed feelings after the Final.

"It's my best ever result but it feels like an opportunity lost as well because I scored that great wave early and should have backed it up with a decent second score - I went for more aerials and that was a mistake, I should have concentrated on just getting a decent score through on-face turns," said Callinan.

"I'd love to qualify for the ASP World Junior Series, I need more good results but there's some interesting events coming up and maybe I can do it."

New Zealand's Alex Dive (Mt Maunganui) achieved his best ever performance on the Australasian Pro Junior Circuit by making the semi finals and eventually placing equal 3rd in the event.

Dive lead for most of his semi final but was overtaken in the final minutes by Ryan Callinan with final scores at 13.85 to Dive on 12.65.

Disappointed losing that semi in the last minutes but still it's a great result for me, the best I've achieved on the Pro Junior Circuit said Dive.

It's given me a lot of confidence knowing I can mix it at this level and I'm setting myself up for next season on the circuit.

Of all the events I've surfed this season this one has produced the best waves so it's great to have an event here at Raglan and I sure hope we can be here again next year.

Next event on the Australasian Pro Junior Series is the Chill Pro Junior in Perth Western Australia in the first week of June. 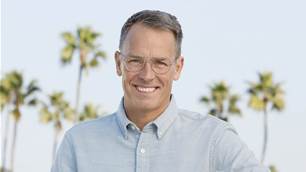