The Tracks doctor returns with a new surfing code to keep you safe and salty.

My old surfing buddies, Doc Renneker and Dr Geoff and have inspired me to come out of Tracks retirement and give my thoughts and theirs on how we can survive and all keep surfing through this SARS COV-2 epidemic.

There are three parts to this advice. The first is about understanding the virus - its impact on our health and the risk we have of infection when we surf. The second is the measures we need to take to slow the pandemic and whether this means surfing might be banned. The third is a set of recommendations- temporary additions to the surfers’ code - to keep our sanity and surfing alive until we defeat this pandemic.

The SARS COV-2 virus appears to have arisen from a mutation in a bat virus that infected a pangolin and then a human. The virus had probably been hanging around in bats for a million years until a random mutation and sequence of chance events occurred that gave it the ability to enter our cells, expose us, and cause the disease now called COVID 19.

No human has ever encountered this virus before so none of us have immunity. With no one in the “herd” resistant, it jumps from person to person with ease, transmitted by fine droplets in a person’s breath that you either inhale or transfer from a surface to your mouth or eyes.

As we all know SARS COV-2 causes only mild illness in most people which means infectious people continue to work and play and infect others. If a virus is too efficient in killing its host it runs out of places to live. This one ingeniously kills only 1.5% of those infected but the people it does kill are mainly our elders, our mentors, our grandparents- our society’s holders of wisdom which includes people like our senior doctors and scientists. 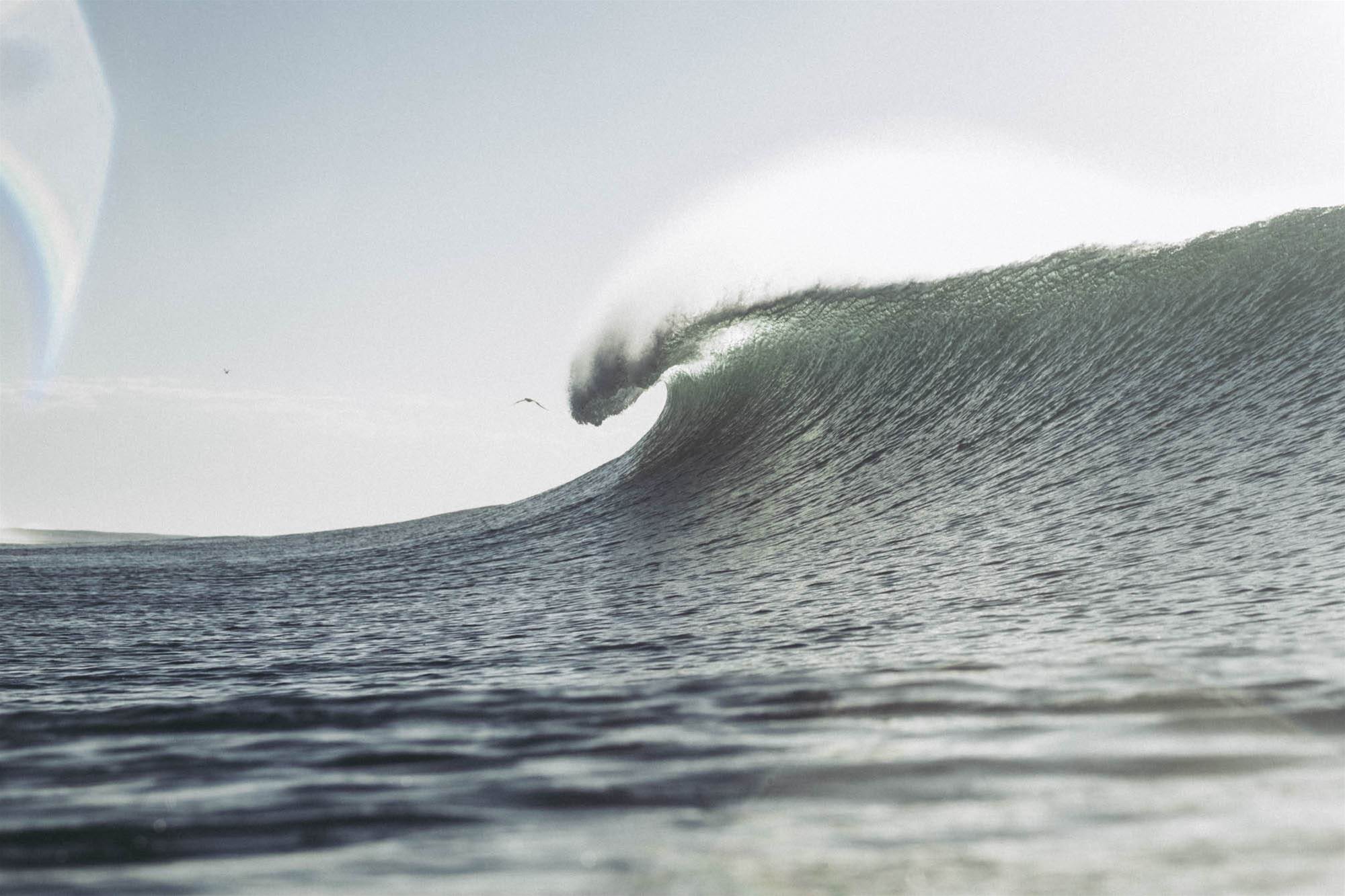 Empty Peaks are the go for all our sakes. Photo: Ben Bugden

Even though some of them ride long boards and stand ups we desperately need them all in this time of crisis, and they deserve our protection. And don’t think it won’t kill you, as it is out there now, randomly killing people of all ages. And if you don’t die and don’t strictly self isolate you will be responsible for transferring it to someone who does. Fortunately the death rate is very low in young people.

As far as viruses go for causing pandemics, SARS COV-2 is pretty well perfect. It is highly infectious and can float around in the air for several hours. The spikes on its surface are like grappling hooks allowing it to bind tightly to the surface of the human cell and invade through the cell’s angiotensin receptor. It then converts our cells into miniature factories producing billions of copies of itself infecting other cells and destroying them in the process. It wins hands down in life’s reproductive stakes. Even persons who aren’t sick but infected can transmit the virus. On average one person infects another 3.5 people but we know from people attending weddings or churches that one person can easily infect 40 people or more in the right place. In a Korean church a well-meaning person sprayed what she thought was protective salt water into the faithful’s mouths using the same spray bottle.  One person who unknowingly had COVID-19 transferred the virus onto the spray nozzle, and the disease was transmitted to 49 others.

The 1.5% death rate I previously mentioned only applies if we have functioning hospitals. If they are overwhelmed by too many cases people may not have the option of oxygen therapy and ventilation which 10% need. The death rate could go up to 5% or even higher.

Experts think you only need to inhale 100-1000 CoV-2 virus particles to be infected. That might sound a lot but infected people excrete viruses in huge numbers. For example a person with hepatitis A, a virus that spreads by the faecal oral route, can have 100 billion virus particles in each gram of their faeces. That’s why we don’t like eating shit, in the water or otherwise. One nasal swab from a CoV-2 infected person has been shown to have 700 million virus particles. Every litre of seawater we surf in contains a billion virus particles you didn’t even know about. Thankfully most of these viruses, little bits of DNA and RNA, aren’t pathogenic to humans.

So what is our risk of catching COVID-19? The virus cloud from a cough or sneeze can extend up to 8 metres. If, as is likely, the pandemic progresses it will be on surfaces everywhere and you only have to get within a few metres of someone who has it to catch it. And you won’t know who has it. You will have to assume everyone does and every surface is contaminated. This explains why we have strict lock-down controls to prevent people even being near each other.

There is one chink in this virus’s armour. It has a vital fatty coat that is readily stripped off by soap and alcohol. That’s why washing hands with soap, alcohol based sanitisers and bleach for surfaces are so effective.

What is our risk if we go surfing? We will probably never know for sure but what I can say is that it is not very likely but not impossible. Initial evidence suggests that passage through the human gut removes the coronavirus outer coat rendering it non infectious so sewerage contaminated surf may not be a big factor.

From what is known, SARS COV-2 can survive in fresh water for approximately two weeks at 20c and that goes up dramatically as the water gets colder maybe surviving two months water at 10 degrees.  As the concentration of salt in seawater is similar to that in the human host there is not a lot of reason to think that COV-2’s survival would be a great deal less in seawater although UV light may break it down at the ocean surface.  On the upside studies on other virus types have definitely shown diminished survival in salt vs fresh water. Maybe for the moment we need to avoid Kelly’s fresh water wave pool.

If we assume that a gram of snot for coronavirus is similar to a gram of faeces for hepatitis A, then if 10 grams of snot gets dissolved in a 10m x 10m x10m cube of water (a million litres) it means there is still a million SARS virus particles per litre.  If 5 mls goes up your nose that’s 5000 virus particles.

This all adds up to the fact that it may be possible to catch the virus through your mouth, nose or eyes when you duck dive if you are surfing in proximity to someone who has the disease.

However, if only well people go surfing and everyone surfs widely apart the chances are probably very low.

So when will the pandemic be over? Having lost the battle to contain the virus at its source there are only two ways for the pandemic to end. The first way is for everyone to get infected so that the virus no longer has a host to survive in. It is estimated that at least 70% of people need to be infected with COV-2, either getting immune or dying in the process, for the virus to die out. This is what they call herd immunity. We are lucky it’s not as infectious as measles, which requires 95% of people to be immune. (Now do you understand why doctors bang on about vaccines?) This first option can’t be entertained as it commits us to between 200,000 to 750,000 Australians dying depending on the rate of infection and if and by how much our hospitals are overwhelmed. The second and only option is for us to hang out in some degree of isolation for 18 months or more until an effective vaccine is made and we can vaccinate everyone. That’s a much better way to get herd immunity.

If we as surfers are to survive such an extended disruption to our way of life we’ll need to spend some time out in the waves.

This brings me to the final part of this piece. What are the new rules we need to abide by to ensure we can do this?

As we have seen with Bondi, beaches will be closed if necessary to prevent people associating. If we as surfers continue to gather in groups and defy social distancing rules we can guaranteed more beaches will be closed to surfing. If surfers at Bondi arrive en masse at other beaches those beaches will be closed and then the problem will compound. Currently in NSW you are allowed to leave your house and “drive across town” to exercise alone or with one other person. Surfing as exercise is allowed. Hanging together in the car park talking about the surf and watching or photographing other surfers is not allowed. 12 surfers sitting on one peak waiting for a set is definitely outside the guidelines. It will only take a few photos of such groups for the pressure to build to shut down surfing, initially at a council level and maybe even at a state level.

Talk about the surf and share waves on social media when you get home. Have a beer online. 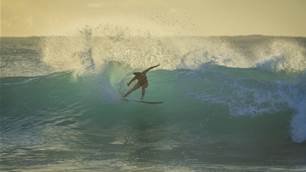 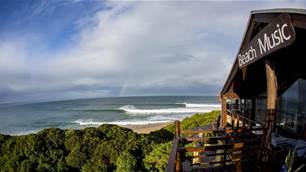