Tuned in to Tsurigasaki Beach for Tokyo 2020

Whose in, and out. Any controversy? Is it in the ocean or man-made waves? Don’t fret, we have all the answers. Here is everything you need to know about surfing’s debut at the Tokyo Olympic Games in 2020.

As in almost every aspect of surfing history the sport’s debut at the Olympic Games Tokyo 2020 can be traced back to Duke Kahanamoku. The Hawaiian, known as the father of modern surfing, won his first gold medal in the 100-metre freestyle at the 1912 Stockholm Olympics. The fame and the international travel that came with his Olympic success allowed him to sow the seeds of surfing addiction all over the planet.

Over 100 years later, with the sport now practised from Brazil to Botswana and Vanuatu to Venezuela, surfing can be considered a truly international sport. In 2016, after a two-decade push by the International Surfing Association (ISA), the body recognised by the IOC, surfing’s bid to make its debut at the games was accepted. It will join skateboarding, baseball, karate and sport climbing as new sports at Tokyo 2020.

The competition will be held at Tsurigasaki Beach, located just 35 miles east of Tokyo on Chiba Prefecture’s Pacific coastline. The break’s reputation as a swell magnet and the fact that it is an hour’s drive from Tokyo has made it one of Japan’s most iconic surf spots. The province of Chiba has played host to a number of professional-level surfing contests over the years, including a few CT events including one famous final between Kelly Slater and the late Andy Irons in 2005.

While many surf fans had predicted that the Olympics would be held in an artificial wave, such as Kelly Slater’s Surf Ranch or using WaveGarden technology, the IOC and ISA have made it clear they wanted the first Olympic surfing event to be held in the ocean. That has been pushed further with France saying the 2024 Paris Games will have its surfing based at Teahupoo.

While Chopes is a no-brainer, August in Chiba is a very different beast. The waves tend to be relatively small, but contestable beachbreaks. The appearance of a Typhoon may change that, but typically that time of year will see three-foot waves with relatively light winds. Being summer though Olympic competitors could face 30-degree heat and 90% humidity. The surfers, at least, will be in the ocean. Imagine the poor weightlifters.

Who Is Surfing In It?

Will Some Big Names Miss Out?

Filipe Toledo, Kelly Slater  and Lakey Peterson are three of the biggest names to suffer the double nightmare of blowing a World Title chance and their Olympic spot at their last CT event. Seems crazy, given some of the qualifiers from Peru and Israel ranked 230 in the world, but thems the rules.

Apart from Kelly missing the cut, no. Unlike snowboarding for example, where the skiing federation the FIS took over snowboarding at the Olympics there has been little friction between the ISA and the WSL and the process has been relatively smooth. 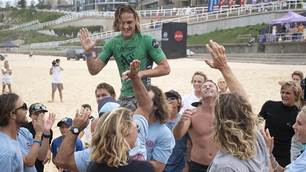 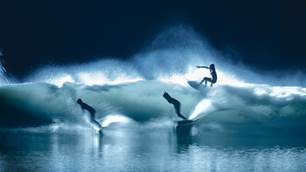