The plight of the travelling surfer in a post-disaster zone.

The past year in Indonesia has offered up beauty and terror in equal measure. From the eruption of Mount Agung in June, followed by the magnificent swells of July, to the Lombok earthquakes and the Krakatoa Tsunami – it has been a season of highs and lows.

The role of the tourist in a post-disaster area is a paradoxical one. Disaster can make people of different backgrounds, cultures and classes band together. It can also highlight their differences. This might be the case for many traveling surfers, who find themselves in the disaster zone for a purpose completely hedonistic by nature. That’s when the mixed feelings of uselessness and guilt take hold. Not only can you offer little assistance, often lacking a proficient understanding of the local language, but you are in fact a hindrance – an extra body to feed and water. Once access to an airport becomes available, you can also opt out, leaving the devastation behind.

Here in Australia we embark on an overseas trip with the security of first-world money and the assured aid of a first-world Government behind us. It could be argued that, even in the disaster zone, capitalism reigns supreme – and those with the funds are likely to find a place on the rescue boat first.

After the 2015 earthquake that devastated Nepal, some commentators wrote about a two-class rescue, which prioritised climbers and sherpas in the Mt Everest region. At the time Prof. Susanne Becken (The Conversation) wrote “a debate is necessary over whether it is in the interests of the country to save foreign tourists – for the sole reason that tourism is the backbone of the economy and perceptions of safety are critical to future tourist arrivals – or whether a life is a life.”

This comment goes straight to the heart of the paradox – that tourism fuels many developing economies and their populations rely on the industry for their livelihoods. On this, Prof. Yeganeh Morakabati (The Conversation) writes, “The concept of leisure tourism might be seen as fractious when many people are suffering due to the natural disasters... but staying away and watching the scene on TV will not help... to rebuild lives in affected areas. The tourist economy, however, might.”

But what of those of us watching the devastation from afar? Is it right to suggest that anyone who has ever taken pleasure from their travels through Indo, anyone who has blissfully threaded a barrel at Deserts, owes the people in these areas at least a small monetary donation? As they say, what goes around comes around. We surfers so often find ourselves yahooing as a direct reaction of another community’s misery (like when Cyclone Winston hit Fiji and the east coast lit up), and therefore shouldn’t we all aim
to pass the baton of beneficence along wherever possible? 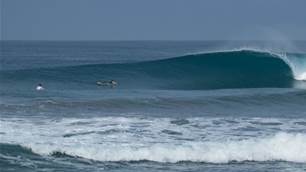 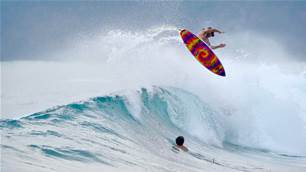