We're surf fans, not scientists, give it to us straight for f*#* sake! One surfer who will no doubt be stoked with the new format – Dane Reynolds in contest mode. 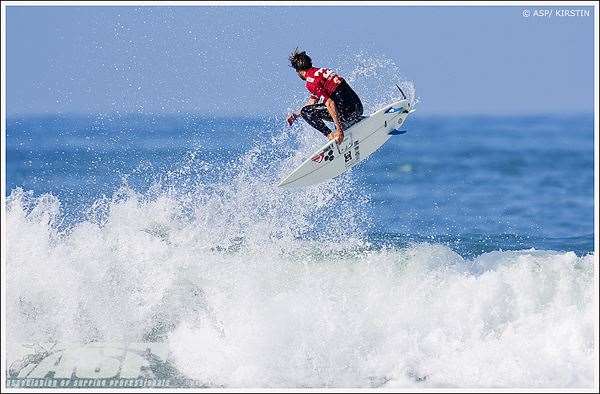 One surfer who will no doubt be stoked with the new format – Dane Reynolds in contest mode. 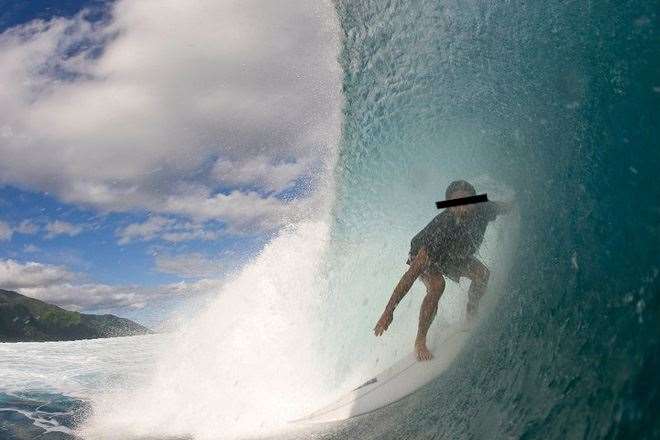 This man is an International ASP judge so we can't show you his face. Pritamo – the masked creator.

What the interested parties were hoping to get out of a new format, was the delivery of an exciting new stage for which the surfers could feel free to go massive and throw caution to the wind, not just early in an event – but in the latter stages too. They also wanted a format that would offer spectators and viewers online (and now watching via cable television) greater opportunities to witness the top guys surf. This second requirement echoed by event licensees and sponsors – big name surfers draw crowds and media exposure, and it’s this star element that makes putting on big events such as Bells and Snapper viable economic outings.

Round one will consist of 12 x three-man heats, 1st place in these heats will advance to Round 3 while 2nd and 3rd placed surfers will go into Rd 2.

Round two will also consist of 12 x heats, this time man-on-man. 1st place will move into Round 3, while 2nd place must settle for Equal 25th place and bow out.

Round three will consist of 12 x man-on-man heats, 1st place will move into Round 4, while 2nd place settles for Equal 13th place and bows out.

Round four sees a return to 3-man heats (this time x 4), and another lifeline if needed. How does it work? This time 1st place advances into the Quarterfinals, while 2nd and 3rd place move into Round 5 for one final chance to progress.

Round five sees 4 x man-on-man heats, 1st place advances to the Quarterfinals, and 2nd place settles for Equal 9th and bows out.

The Quarters consist of 4 x man-on-man heats, 1st place advances to the Semifinals, while 2nd place settles for Equal 5th and bows out.

As always the final is a straight man-on-man shoot out, with a winner and a 2nd placed finisher decided. 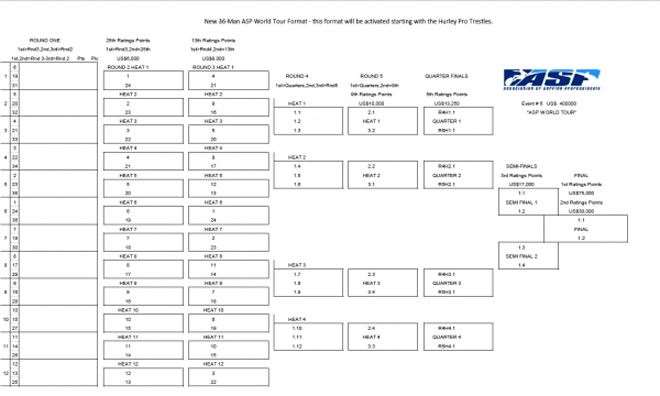 This new format will not come into play until after the Billabong Pro Tahiti (that begins on August 23). It’s after Tahiti that the current world 46 will be shaved down to just 32. This is sure to make Tahiti particularly exciting. Not only will the world’s best surfers be surfing for their lives at Teahupo’o (we hope), they’ll also be surfing for a place on the new slimmed down Dream Tour roster.

I for one dig it – now bring on giant Chopes!

For more information on the ASP log onto aspworldtour.com.