The man behind Lance's Right

Both my father and my uncle fought in the Pacific Islands in WWII. My father’s ship was hit by kamikazes off Sumatra, while my uncle (whom I’m named after) was shot down over Bougainville Island. They both survived. My uncle stayed on in the islands and became a shipmaster. I grew up with boats and stories about islands in my brain. When I set off to find the perfect wave surfers were just beginning to discover Bali but there was no mention of Sumatra or Papua New Guinea. Before I left I got Martyn Worthington to airbrush two boards I’d shaped with representations of everything I hoped to find. One has a perfect righthand barrel on the tip of an island with a winding lefthander with a distinctive inside bowl section. It looks a lot like Lance’s Left.

I went to PNG in 1972 and explored the east coast of New Britain and the length of New Ireland by motorbike. I was there for a year and a half and only briefly saw one other surfer. I was totally naive to the dangers. Once when I was surfing a river mouth I saw a crocodile swimming past with a half drowned pig in its jaws. I witnessed brutal tribal fights and explored countless wrecks and caves full of wartime remains. Another time I climbed down inside a volcano until my sand- shoes began to melt. Just outside Kavieng the front tyre on my bike blew out and I flew off. A group of villagers came along and carried me, my mangled bike and my unscathed surfboard back to their village and looked after me for a month. I spent my 21st birthday there recovering and surfing a break in the reef [now known as Picaninny Point]. 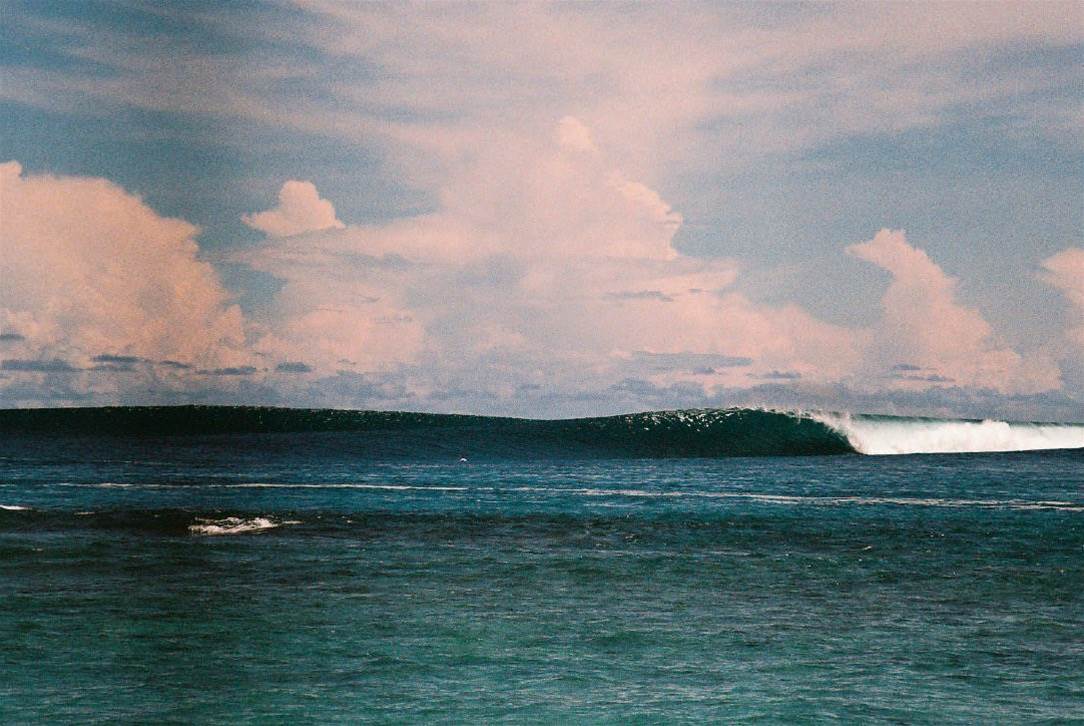 One of Lance KNight's own photos of his discovery.

Back in Australia I began a life as a ship’s captain, surveying the Great Barrier Reef then later running cargo ships out to Lord Howe Island. Peter Troy asked me to take him to Lord Howe on one of my trips. His stories about finding Nias inspired me to go to the Mentawai Islands. It seems a lifetime ago since my feet first touched the sands of Pulau Sipura. Over the years I’ve heard so many stories about how I happened to be out in the Mentawais when Martin Daly found me living at Katiet and named the break after me [Lance’s Right]. I laugh when I’m portrayed as some half- crazed surfing Rambo stumbling out of the jungle to the surf charter rookies. In truth I’m just your average surfer.

Katiet has changed dramatically since 1991. The shoreline, the big hollow tree on the point, all the big trees from the keyhole beach are now gone. The wave is now further off the shoreline but it’s still amazing. It’s still that blue jewel and always will be in my memory. When I had the place to myself I could sit there all day and pick the waves I knew I would make. Nowadays my ageing bones won’t let me get to my feet fast enough. Making a mistake can get you seriously hurt out there. I’ve dislocated two shoulders and got my share of scars from the reef. In 2012 I was cleaned up by a massive set and rag-dolled to shore. I literally thought I would die. I used to surf in a white-water rafting helmet. I still wear head protection and also long leg bicycle lycra now. The boys have dubbed me the ninja!

Back in 1991 Martin Daly asked me if I had a name for this amazing discovery that we’d both independently made. I hadn’t really given it much thought except for the huge old hollow tree that still stood out on the reef awash at high tide. Call it what you may, it is still the most perfect, intimidating, adrenaline-pumping wave I have ever surfed. My best memory of the wave wasn’t finding it in a dug-out canoe with a local villager. It was when I returned many years later and got to surf it with my boys, Tasman and Keelan. I’ve raised them by myself since they were two and three and to take them back there was very special. Travelling back to Indonesia is also how I met my current wife, Tursilah. I’m the Port Dredge Master for Newcastle Harbour now but these last seven years I’ve been working on a 55-foot motor sailor, the Pacifica. I hope to get it in the water soon so I can go back up to Sumatra and do small surf charters for friends. I’m 63 so I haven’t got a lot of good surf years left. I plan to surf Katiet again.” 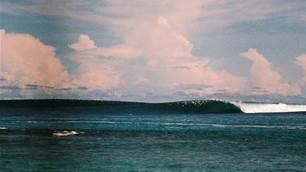 A Long Time Ago at Lance’s Right 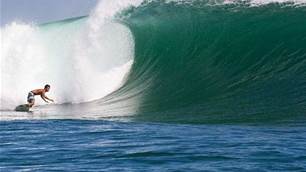 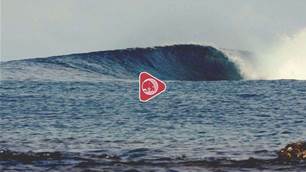