The world’s richest grovel-fest is on at Huntington.

The Vans US Open of Surfing at Huntington Beach is never pretty. If you subscribe to the dictum the best surfers in the best waves, it’s probably not the contest for you. If, however, you don’t mind seeing competitive surfing take on a gritty, desperate, gladiatorial edge, then it can be a pretty fun event to tune into. There was a riot there once. Imagine copping that on the webcast!

Here’s five things to watch out for besides burning lifeguard towers and upturned cop cars:

Waves that are two foot at best, fat, choppy and gutless. A crowd of thousands lining the shore and pier, featuring everyone from local surf fans to some of the tackiest, shallowest, most celebrity-imitating individuals California has to offer. Event structures everywhere and a whole lot of noise. This is surfing’s answer to a stadium show, a festival, a dirty, stinking, alcohol-fuelled, ego-flexing carnival, and while it’s as ugly as sin, it’d probably be a hell of a lot of fun to be around for a few days.

I’m all for the gentlemanly, largely hassle-free style of competition that governs modern surfing, but there’s something satisfying about watching man-on-man-on-man-on-man heats every once in a while. They go at it like dogs, even when there is a priority system in place. With its four-man heats in subpar waves on a big city beach with thousands of people watching, there’s something undeniably 80s about the US Open. Throw in a prize purse that’s wildly disproportionate to the quality of waves on offer, and you’ve got yourself the makings of a real scrap-fest. And that’s cool. That’s what professional surfing once was. Now we have Keramas and Teahupoo and ten-point rides at all of them, but there’s nothing wrong with seeing today’s pros do battle in the physical, cutthroat style of their forefathers. 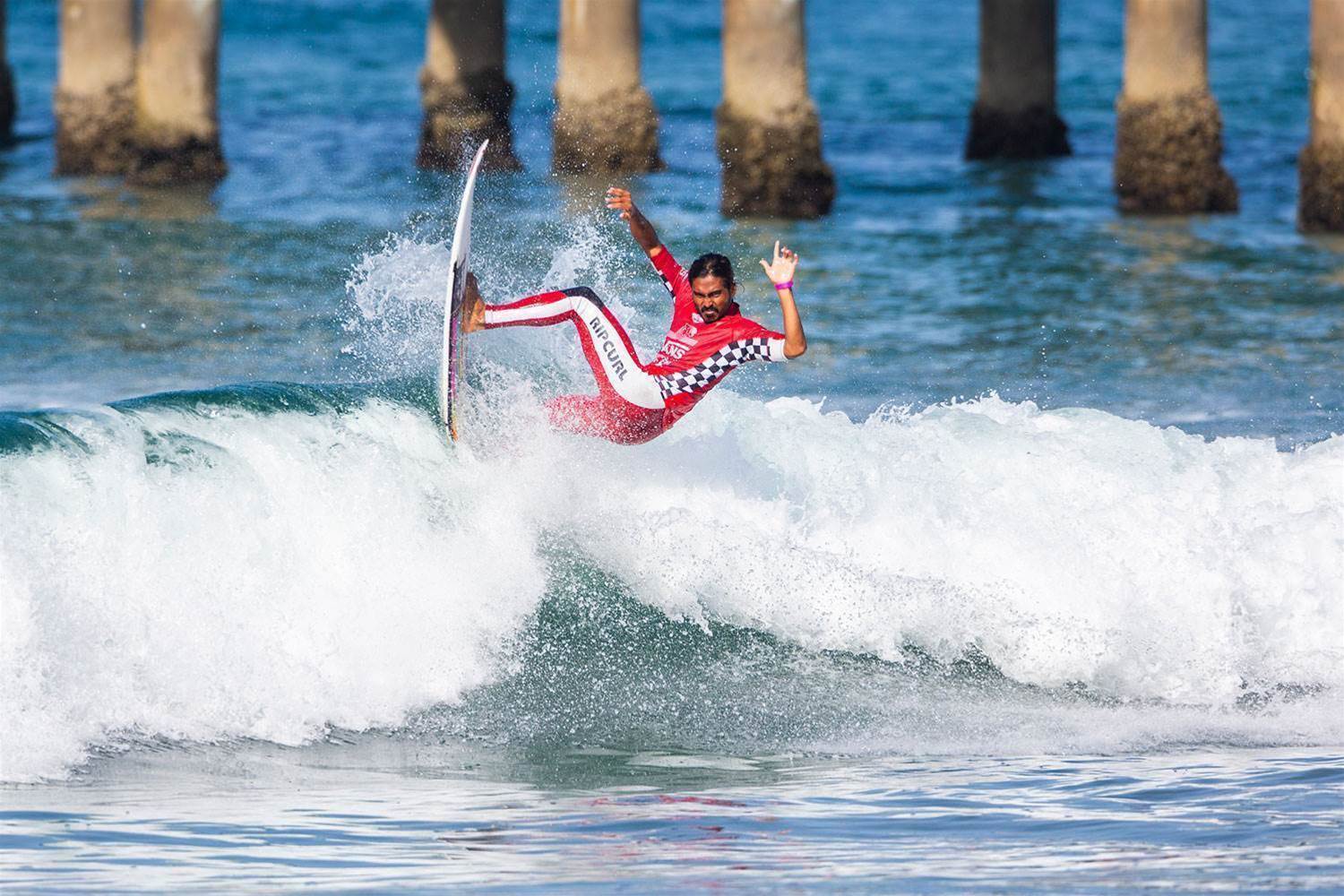 It’s One for the Underdogs

Toledo’s won it twice and of course Slater’s hoisted the trophy, but the US Open of Surfing nonetheless has a history of being kind to the underdogs. Last year Sage Erikson outsurfed a field of world champs and event favourites to claim her first CT victory. In 2015, young Japanese surfer Hiroto Ohhara came from nowhere to take the win. Local boy Brett Simpson went back-to-back in ‘08-09 and plenty of other dark horses have made the final. Maybe it’s to do with the ‘QS battlers not wanting to give up valuable points to the imposters from the world tour? Maybe it’s the scrappy format of competition? Either way it’s not an easy event to pick a winner at and that always makes things exciting.

Anyone who’s spent any meaningful time on a surfboard will know how difficult it is to surf two-foot slop. It’s hard enough to get speed going, let alone do a decent turn. Yet the competitors at the US Open somehow manage to string together turn after turn on waves the rest of us would probably walk away from. Watch it for the athleticism, not for the pre-surf psych up. Although if you’ve been living on the east coast of Australia over the last wave-starved two weeks, you might want to do both.

At the end of the day, it’s competitive surfing, and if you’re a surfer, chances are you like watching our sport. And it’s been a while between events. J-Bay is quickly fading in our collective memories and Chopes is still over a week away, so if you want to watch the world’s best do battle, no matter what the conditions, then this is as good as it gets rights now.

Tracks
Tags:
us open of surfingwsl