Fingers in the ears now if you were a fan of the Freshwater Pro.

Now that the Freshwater Pro is done and dusted, now that the winners have been announced and the rankings have changed, it’s time to have a look in the rearview at what we learned, and what the freshwater future will possibly hold.

1. Gabriel Medina is going to be our 2019 World Champion. He is unassailable, and if he continues to find form like this, then he might button it down in Europe. He has a very strong percentage of excellent results over the European leg, and he is no slouch at Pipe either. The door is about to be closed fellas, start training for your 2020 campaigns. His perfection runs at Lemoore are more about where his head is at than how skilled he is at reading the mechanical wave.

2. The best surfers in the most perfect waves did not result in non-stop action. It’s oxymoronic, really. The waves are perfect, the surfing skills are the top-end in the world, and the surfing is boring as fuck. To whittle it down to the absolute core, if you blew a barrel or fell on an air, you were out the game. Yet the only way to get the scores was in the barrel or in the air. To watch failed tube rides in the basin was utter tedium. To watch blown air attempts was groan-inducing. To watch surfers play a safe game was utter tedium. There was nothing to excite, apart from Gabby.

3. It was a thinly disguised secret that many contestants were over it, and Jeremy Flores blurted it out after his first heat. I thought it was going to escalate into a Martinez moment, but after ‘I have a hard time taking this event seriously,’ was blurted out, the situation was nipped in the bud, and Flores was awarded points for a 17th place finish. Pity, he was in the mood for banter you could see, but there is very little room to move these days when it comes to close-to-the-bone repartee.

4. “I’d rather watch Rio” was one comment that I heard bandied about a few times, which is pretty funny at first, but not really that funny when you consider that the waves that they have enjoyed at the Oi event has actually been stand-up right-hand sand-bottom tubes. Of course you'd rather be watching Rio. Me too. There is variety, there are close-outs, there are just so many variables of shifting peaks, of interference possibilities, of massive airs to the flats, and of tube rides where the end of the barrel section is actually unknown. It leads to a whole lot more anticipation. It results in cheering when something magical goes down.

5. We all want to surf Lemoore, but there is a whole lot wrong with having a CT event there. While the narratives have been fairly negative, the contest reporting bleak and the general online communications less than pretty, there is even more. For those people who know people on the ground and who communicate with people at the WSL whether they are athletes or administration, there was a lot more pessimism than was allowed to filter through.

There also seems to be general feel of resentment, of negativity, that surrounds the onslaught of WSL media that we are being bombarded by, from every platform that exists, that is making hard core fans shun, and is obviously being pushed out there at alarming rates to gather more fans by general attrition. It definitely is getting to an alarming rate of sometimes obnoxious, sometimes incredibly dorkified media output, with the Freshwater Pro possibly being the most media heavy production ever, with the least fan engagement ever. The viewership hung in low numbers throughout.

The long game might be the acceptance by mainstream, but the byproduct is definitely going to be the exodus of real surfers from the fan base. Either way, looking forward to France. 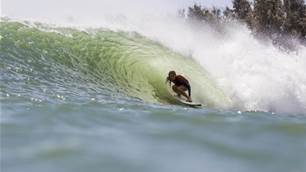 Confusion and Fresh Faces at the Freshwater Pro 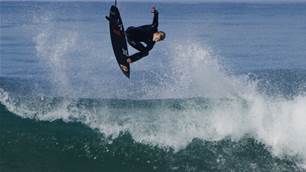