Classic venues and revelations on the WCT

It was a great old year for the World Surf league was 2018, but there were certain events that stood out above the others for various reasons. After a quick cull, these are the four events that we are frothing for the most this year.

It was a thrill-fest tournament this year, but there are certain elements that make the Pipe Masters a highly anticipated and must-watch event every year.

Firstly, the event often plays out a world title, and there is no more drama that that. Whether it is a simple numbers game as this year was with heat advancement paying out a winner, or whether it is high drama a la Gary Elkerton getting purposefully hunted down by Mike Ho, and marked an interference penalty and thus losing the world title to Curren in 1990, it always features high drama.

Secondly, Pipe has the ability to showcase when a competitor comes through with the goods, or conversely when a surfer fails miserably in front of a worldwide crowd. This year Jordy Smith showed the world that he has what it takes to stand tall in big Backdoor barrels, as well as go over-the-falls in a bid to fight for the inside. Jordy finally came into his own in 2018 at Pipe, and it was great to see.

Thirdly, Pipe always has a cool local element. The winner of the trials gets a chance against the stalwarts and while this year might have been an Australian and a Hawaiian/ South African in Ryan Callinan and Benji Brand respectively, it is often the case that a JOB or a Bruce gets a slot and adds to the entertainment element. 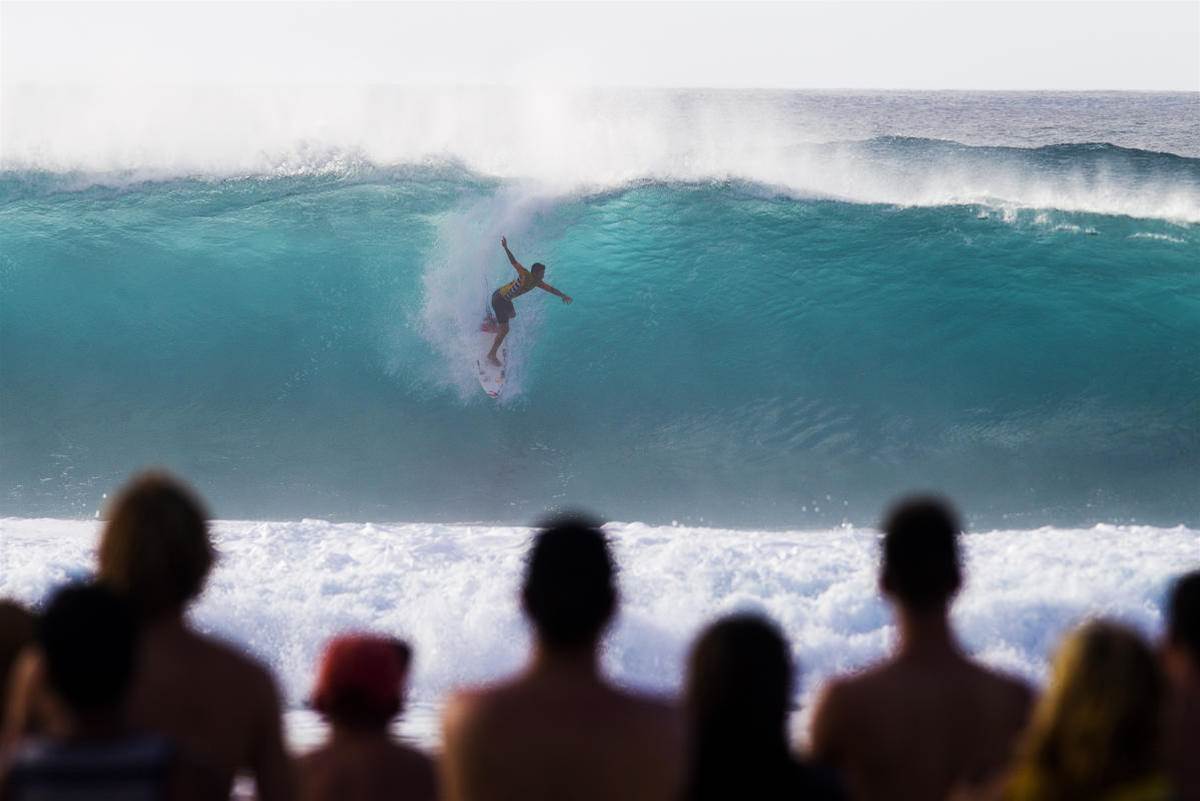 Pipeline always provides good theatre in and out of the water. WSL/Scultz

No longer a Corona event at the time of going to press, JBay has brought a wonderful new element to the Championship Tour in that it has just been supplying endless days of excellent surfing for the competitors to cut loose, throw some style, add some power and go for broke. Not surprisingly it has become the most popular spot on the tour for competitors. In 2017 Supertubes delivered nine days of perfect surf and so consistent was it that the WSL had no choice but to invite the ladies to the party. Last year had waves for men and women, as well as spectators, groms, longboarders, a single aging Far Field Free Friction ripper (Derek Hynd), and everyone else who had the energy to paddle out. It was pretty close to machine-like in its consistency, which brings us on to number two.

We are so agitated about this one, especially with the rumours abounding about this year’s event. We all know now that the waves are going to be BIGGER than in 2018, we just don’t know how much bigger. Just how big can the surf ranch hold? There’s also the rumour of the proper air section being implemented, a little boil in the (right-hand) wave that might or might not provide the best ramp section in the sport. Then there’s that vague story about the jets. Underwater high-powered jets of water that are supposed to do something to the wave to make it better, and that’s about as much as we know. Facts are thin on the ground right now, but just for a minute imagine a proper 6-foot right-hander at Lemoore, with a ramp section. And jets!

Never in my life did I ever expect to be frothing for an event in Rio. Let’s be honest here - nothing good ever came out of a contest when the waves have been abysmally crap and onshore. Journalists have been incredibly bored, and good quality marching pow’ is available as easily as clicking a button, according to a distant friend of mine. So easy is it to get ‘drunk in the nose’ that no one really bothers with going out for an actual mouth-drink in Rio according to the same distant friend. Nothing good until 2018 that is, when deputy commissioner Travis Logie put his cock on a block and moved the event to a thumping, heaving, right-hand wedge-slab-tube at Barrinha, changing the course of Brazilian surfing history forever.

"It's epic, it's the sickest wave," rookie Wade Carmichael frothed in an interview on www.worldsurfleague.com after surfing his first heat in 2018. "It is wedgey, has heaps of power, a tube and a bowl. I didn't even know it existed."

It was six-foot for much of the event, and apart from the occasional closeouts and wide sets there were a stupendous number of perfect massive right-hand wedge barrels for the contestants that saw Carmichael surf to second place behind Filipe Toledo. The reason why it got so much attention is because it was 14,000% better than the usual dribble presented in Rio for the event, and there were big drops, savage beatings and excellent rides throughout. According to some locals, the wedge can hold bigger than 10-foot, and then it goes world-class. This year will be the acid test however. If Kieran goes back to the shitpile venue of previous years that has seen a few top surfers hand over dubious excuses for non –attendance, or if Logie will go back to those chunky wedges for backslapping from all and sundry, as well as world-wide approval. 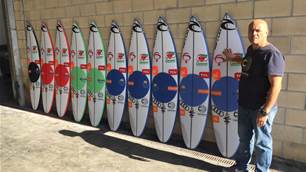