From the current issue of Tracks, #542, on sale now

Age and experience mix with youth and vitality in the Maldives.

Kelvin Wilson, 59, is a man of well-worn routines. Every weekday he's up in the dark and down to Cabarita for the early. Even if the apocalypse were unfolding he'd swing by the headland and check the waves anyway. Kelvin's a surf hound through and through. Been to Cactus six times and Panaitan Island twice. Grew up in Cronulla when it had dunes and those dunes were mountains. Moved north so his kids could experience the freedoms he enjoyed. All his boys grew into surfers and one became Chris "Chippa" Wilson, world-famous freesurfer. So you can imagine, can't ya, the waves they've shared around the globe as he guided his young protégé towards surf stardom. Yeah, bullshit. "I always went on surf trips with me mates," says Kel. "I couldn't afford to take the family. They could wait 'til they got a fucking job".

It's only taken 20 odd years but here they finally are, Chip and Kel, flying into the Maldives to join a surf charter together. A few rows back are Soli Bailey and his surfer/builder dad Andy. The Suffolk Park pair has spent loads of plane time together. While most kids were scratching past their local shorey Soli was tackling Nias or roaming Central America. Andy's a well-travelled and youthful 45 but time is sneaking up. There's a dusting of white in his chest hair and he's overdue hip surgery. And Soli! The boy he once pushed into waves now stands taller and surfs harder than him. He's making his own way in the world and becoming a man.

Rounding out our familial crew is tropical troubadour Asher Pacey and his brother Rhys. This is their first trip together since their dad took them camping as kids. They haven't stopped smiling since we left Brisbane airport and their grins will only grow wider over the next week as the barrels and the fish and the good times pile up. It's a special trip for the boys. A chance to write a new chapter in a shared history that stretches back into the haze of childhood.

For the full feature Check out the current issue of Tracks, #542, on sale now.

All Photos by Simon ‘Swilly’ Williams 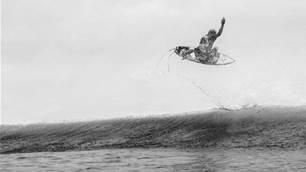 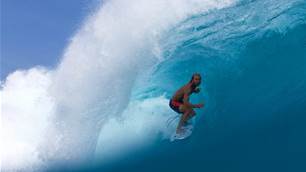 The Central Atolls of the Maldives Should Be On Your Bucket List!