One of the best in the water at Cape Solander, Spence Hornby delivers his favourite images from the game-changing event.

Spence Hornby has been shooting ours for close to the last decade. His images are some of the best to have come from the notorious break, and have graced the pages of surf mags and websites around the world, including Tracks. We sat down with Spence to have a look through his favourite images from the Cape Fear event and have a chat ...

Tracks: What are your thoughts on the event as a whole?

Spence: The entire event was fucking insane. Both days. The first day itself was good enough but the second one was a bonus. The night before the comp started I was thinking just how much I wanted to see this place do what we all knew it could. The first event wasn't the best display, and had a lot of people saying it was a dud, so to have it like that was just perfect. What I loved about the two days were the change in conditions, it showed what it does at certain sizes. For instance the carnage/entertainment of the Monday, backed up with more perfect and makeable barrels on the Tuesday. Couldn't have asked for a better event and surfers for it.

How scary was it swimming out there?

To be honest, on the big day I only swam for half-an-hour before jumping back on the ski. Due to the North in the swell and the sheer size of it, the rip running back into the impact zone was far too strong to swim. As soon as I came out of the mouth of Port Botany I could see how crazy it was. The real credit on that day goes to Whippet the lifeguard. Someone needs to give that guy a camera! He was a busy boy doing those rescue pickups. The second day was insane for swimming. The swell had straightened up a bit. It was more east, which is really good for Ours. I think I clocked eight hours in the water, but your having that much fun it seriously feels like forty-five minutes.

Were you in the water when Jug went down? What were you thinking when that was happening?

That was when I was swimming. He looked really nervous, but I knew he was about to go and have so much fun doing what he loves. Lately at home he hasn't been chasing big swells or doing what he used to do because he's really content with what he has going with his family, but I think the late call-up to the event gave him some battery and woke the sleeping dog. Before he got injured on the Monday, he'd had a few waves and was on a roll. I saw them putting him on the back of the sled, stabilising his neck and my heart just sunk. I truthfully thought my best mate had broken his neck in front of his wife and kids because, as you can see in the shot, there’s no laceration on my side. I stopped taking photos and got my shit together and realised ... hang on, he's hanging onto the sled handle with a grasp! It couldn't be broken!

You've shot some pretty iconic images out there over the years, how did the waves stack up … best Ours ever?

It's funny, the first day was like shooting a new break for the first time. I've never seen that place do what it did. The best Ours is a tough call. It was certainly the most exciting. I'll tell you what though, some of the best Ours I've ever had was early Tuesday morning before they started the comp for the second day. Hippo, Laurie and Perth were out there for some early ones and fucking scored the joint.

It really was a history-making day of surfing and charging. Funny how it's only been a week and people are already moving on from it, I think the images that keep coming out are crazy and deserve some more reco.

That’s right, it was historic and I'm just glad to have been out there feeling it for what it was. It's a pretty vicious cycle the old surfing world. We absolutely maul what’s in front us then spit it out for the next big thing like the comp at Fiji. The trick behind it is to be getting mauled! Haha!

Can it ever live up to that again?

Of course, You'd wanna hope it’s like the Monday though. 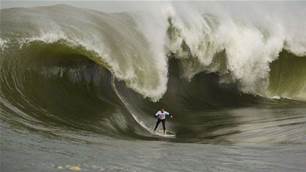 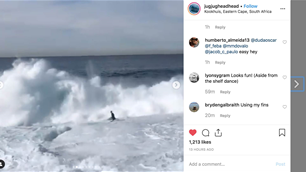 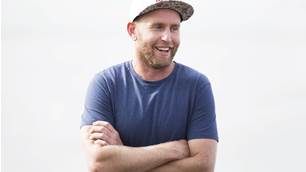