Mark Sutherland is a multi-talented fella: artist, writer, musician, cartoonist and thinker. He wrote a regular column for Tracks back in the day (Sutho’s Backside), but is probably best remembered for his big-balled creation, Gonad Man. He talks to Tracks about the return of Gonad Man, the nature and origins of human consciousness and the existence of God. 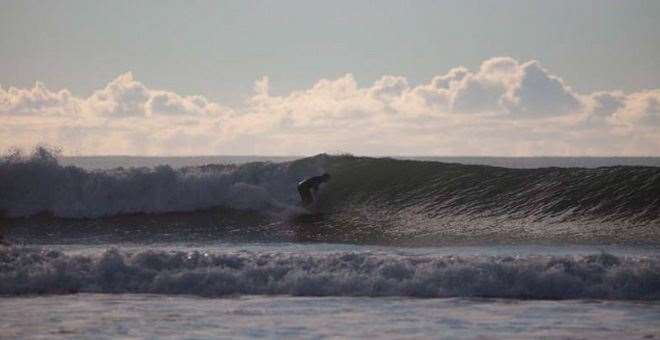 Tracks: What surf comics inspired you as a young fella?

Sutho: I grew up on Goodvibes, and it really opened my mind at that time, when I was about 13 or 14, that you could create something like that, that was relevant to the world that you knew. Before that, I always loved cartoons and comics of every sort, but mostly it was Donald Duck comics and Loony Tunes cartoons. It was not related directly to my world. And I saw, from Goodvibes, that you could be subversive, and make fun of all the things in life that are stupid, and that appealed to me immensely.

Tracks: Gonad Man is back and he’s joined the on-line revolution (see:gonadman.com). It’s notoriously hard to get people pay for online content - how’s the dollar a month plan working out?

Sutho: It's building slowly. The challenge seems to be to keep it out there, reminding people, till they get curious enough to want to see for themselves. Originally, I just came up with a great idea for a long form story, as a plot for a movie I thought could one day be made. If that was ever going to happen, it would need to be story-boarded first, so I thought I might just as well draw it up as a comic, that maybe I could sell when it was finished. But I could see it would take many episodes to fully describe. I thought: I could just do it and put it out there for free, which might get more readers but it doesn't help to put food on my table. This way, even if I only get a few subscribers, I'm ahead. The comic was going to be made either way, but at least this gives me a chance to capitalize on it if people like it. So I'm just trying to keep it as clever and as funny as I can, and give it a chance to build. 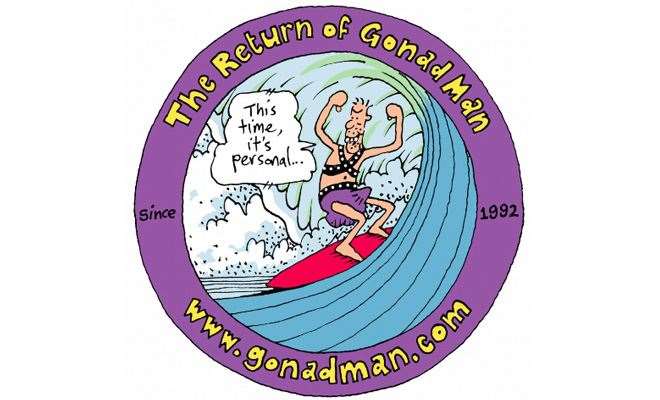 Tracks: What other creative projects do you have on the go?

Sutho: I always seem to be doing something else - paintings, usually. There are always paintings going on, otherwise I go a bit mad. I have been concentrating on Gonad mostly, trying to get the story off on the right foot. There are lots of twists and turns, so that requires a bit of concentration just to keep it together.

Tracks: Sutho’s Backside was always a good read. Are you still writing?

Sutho: Just lately I wrote a piece on the nature and origins of human consciousness, which kind of just came out of a couple of books I'd read that got me thinking. I started writing down a few thoughts and so far I've written 12,000 words - it could be a book by the time it's finished. You've got to laugh - it's just bizarre - and it's been quite a revelatory experience for me, in many ways. I cracked the mystery, and worked out the whole evolution thing was just a con job. Science had no right to tell anybody that God was just some old-fashioned idea. I didn't know I had it in me, though I guess I always suspected. I will try to get it published somewhere when I have finished polishing it.

Tracks: I always thought it was religion that was the con job...

Sutho: I am not a God botherer, but it interests me, because the world is going to shit faster than you can say it. Evolution is undoubtedly the real process by which we evolved, but that doesn't mean there's no abstract dimension to our existence. The ability to abstract our experience as art, or religion or even science is the only difference between us and animals. It's what makes us human. But science says the abstract dimension doesn't exist, that art is just pictures and religion is all bullshit. Every culture and every community on every continent on Earth has had a spiritual belief since the dawn of time. It's the first thing they ever got, and they all got it. The idea that it is all a conspiracy of some sort was just an ideological argument to put the church of Darwin's day on the back foot. People wanted to believe it because it meant they didn't have to feel guilty about anything any more... Don't get me started, as they say...