Jake Sylvester wins more fans but comes up short on the final day of Newcastle Surfest. 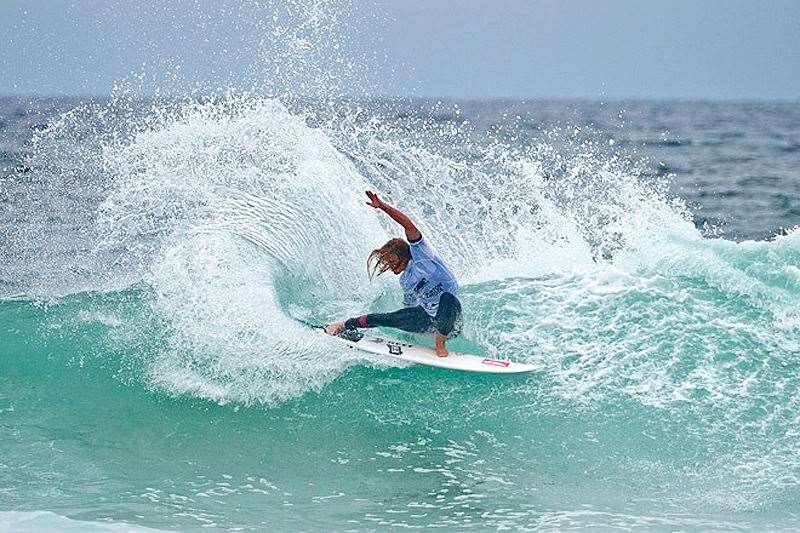 Jake Sylvester putting the power back into competitive surfing with a trademark tail slide. Photo by ASP/Will Hayden-Smith

There has never been a Novocastrian victorious at Surfest. Newcastle’s great white hope bowed out of competition today, as 21-year-old Jake Sylvester carried the pride of Newcastle on his shoulders as he entered the final day.

Sylvester works part-time as a glassy at the Prince Of Wales Hotel in Merewether. Before his heat I ran into one of his workmates that I used to live with on the North Coast. “He has Merewether absolutely wired,” he assured me. I point out his opponent, Charlie Martin has been ripping, but my mate doesn’t want a bar of it.

People from Newcastle are extremely proud of where they’re from. So when the local young gun enters the round you hold your tongue or put on your best Australian accent and frequently mention NRL legend, Andrew Johns.

His support team surrounds Sylvester for much of the morning, arming him with pats on the back and calls of, "Go Jake" as he goes through his warm up routine and gazes into the familiar lineup.

Conditions were not impressive. Swell had peaked overnight and it was a foot smaller than the previous afternoon, not helped by a persistent onshore wind. The dreaded low tide would coincide with his heat. It would be a tough assignment.

Out in the water Sylvester is looking sharp. It’s a low scoring affair, 5’s and 6’s as he edges out into the lead before making a priority mistake mid way through the heat.

Martin warms up his forehand. The blond haired, natural footer, from Guadeloupe finds his rhythm on the boomerang bowl injecting a series of open face carves and belts the shorey in one of the better waves of the morning.

He backs it up with another combination of hits that quickly silence the crowd as the pressure swings back on the hometown hero. Sylvester tries to keep busy, feverishly paddling towards anything that has scoring potential. With time winding down no amount of local knowledge can produce a high scoring wave.

The heat was over, Martin victorious, Sylvester dripping with disappointment. The Newcastle Surfest hoodoo continues but the future looks bright for the kid from Merewether. An equal 9th will propel him up the rankings and is a good start to his 2014 WQS campaign.

Watch the final day of action from Surfest Live. 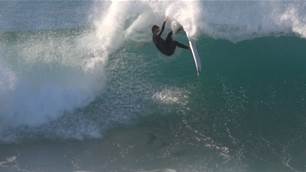