“You are doing these big lines at supersonic speed,” Dylan Longbottom tells Tracks. “The only comparison is to imagine straight-lining a triple black run on a snowboard, but with giant moguls.”

Longbottom was describing his first ever wave at Nazaré. He’d travelled to Portugal to do a six-week stint shaping at ORG surfboards. However after a 35-hour flight from Australia, Nazaré legend and fellow ORG shaper Joao De Macedo called and said Nazaré was on. Dyl drove up from Lisbon and arrived after dark. At 6am the next morning he was in the harbour suiting up, by seven he was in the lineup and by eight he had his first ever wave. 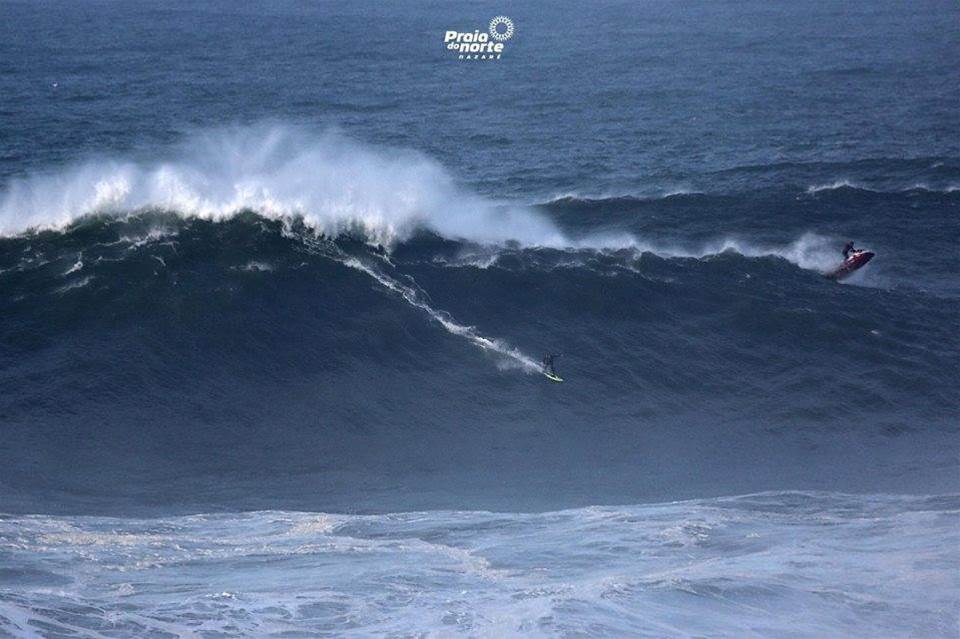 Dylan Longbottom negotiating the moguls on the downhill run at Nazare.

“We hadn’t checked it from the front, but you could tell it was huge,” says Dylan. “There was 20 teams out there, really chaotic and it was a battlefield as everyone was hunting hard. Eventually a massive one came and there was no one around and I was like, ‘Lets go.’”

Many surfers have towed Nazaré over the last decade, but few have ridden their own boards out there. From his Bali base Longbottom shapes around 40 tow boards a year for the best big wave surfers in Brazil, Australia, Hawaii, Teahupoo and Nazaré.

“I get incredible feedback from all my riders, but you can’t explain the feeling of riding a board on a wave like Nazaré,” he says. “The different lines you take, the bumps you feel; as a shaper that experience is invaluable. Half way down that first wave I was thinking of the changes I had to make to my board. I knew I needed a specific board for Nazaré.” Rails become important when your life could depend on getting them right.

Of course that experience comes with a price. After his second wave Dylan was caught inside and copped one on the head. For the first time in his life he pulled both chords. He was then rescued only to be flipped off the sky as the second setwave approached. After surviving that he was beached twice, vomited once, had the ski flip and land on him as he spent a half-hour punching through huge whitewaters on the sled before getting back out.

Funnily enough he called it quits after that. Well, for now at least. He has spent the last few days working on his equipment with the team from ORG. Fortunately that includes guys like Nuno Surdo who has been working on Garrett McNamara’s tow boards since the very start plus team riders like Antonio Silva and Maecedo. The competition has been called for Friday, but it is the weekend, and especially Sunday, that could provide the biggest waves ever ridden. 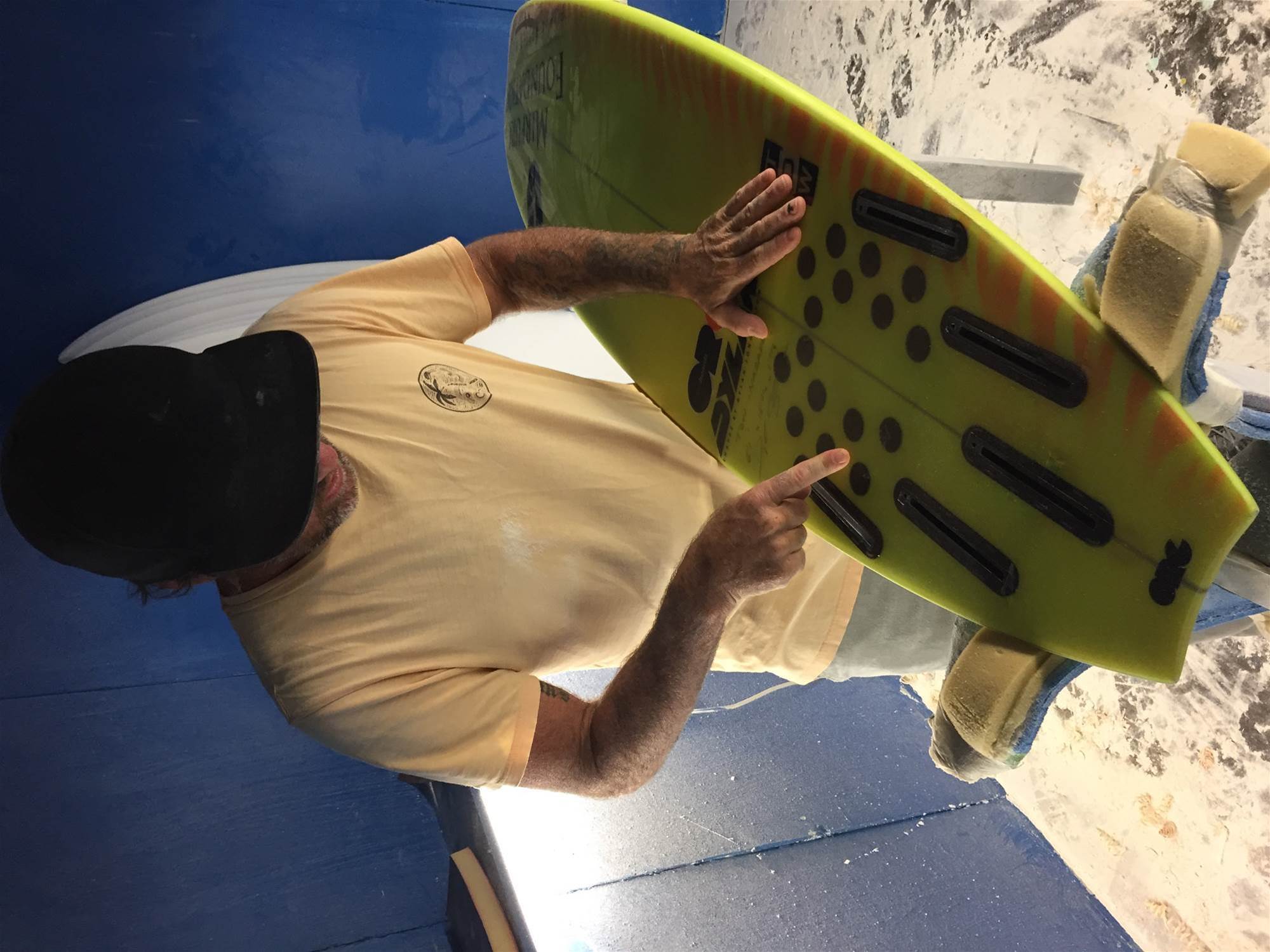 Dylan pointing out the weights that have been added to his Nazare tow-sled.

“The swell this weekend looks way bigger, if that were possible. I’ve put more weights on and I’m going to change from a quad to trifin,” Longbottom says. “You get so much air over the bumps and it reminded me of Shipsterns with the step. We use thrusters there because when the board is coming out of the water the thruster works better with the bigger back fin. Then I’ll feel that out, try some different lines and then make more changes if needed.” Profile: Dylan Longbottom, the shaper many of the world's best, big-wave surfers put their trust in.