Could you drive into a Pipline bomb? An unknown goofyfooter lines up his dream.

The pulled back perspective of Pipeline shows the dream and the nightmare. Front and centre a sweetly positioned goofyfooter lines up the dream. He’s thrashed down a vertical face, held composure through a critical bottom turn and ahead is the world’s most coveted tube. It looks easy enough but the peripheral details ink in the reality. Outside a set rears on Second Reef ready to clean up the unprepared. Boards will be bailed; boards will break and wash ashore in pieces. To the right of frame you can see a scrum of surfers, a small portion of a pack that reached around 100 on this day (December 13). This shot was taken 30 minutes before dark and it was still packed and the swell was still rising. Getting in was harder than getting out. As one onlooker summed up: “Sometimes it’s better to be on land wishing you were in the ocean than in the ocean wishing you were on land.” Maxing pipe at nightfall is everyone’s nightmare. Small waves today on the North Shore. Big swell due Friday - maybe an Eddie swell but probably not. 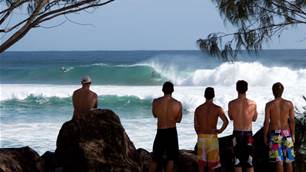 How to be a Good Tourist 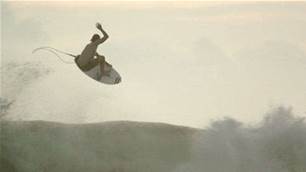 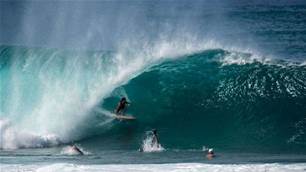