Trestles opened up this morning’s competition in promising three-to-four foot (1.5 metre) waves which bore witness to some solid surfing... 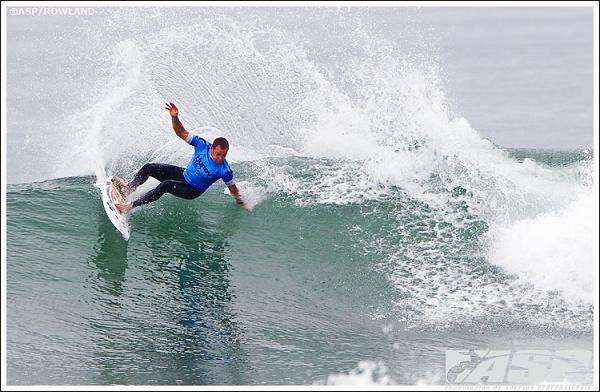 The oldest man on tour Taylor knox still knows how to turn heads, and move buckets.

LOWER TRESTLES, California/USA (Thursday, September 16, 2010) – Following the completion of Round 2 of the Hurley Pro at Trestles, event organizers opted to call competition off for the day due to the inconsistent nature of the building swell.

Event No. 6 of 10 on the 2010 ASP World Tour, the Hurley Pro at Trestles opened up this morning’s competition in promising three-to-four foot (1.5 metre) waves which bore witness to some solid surfing despite the at-times lull-filled conditions.

“I just live day-by-day,” Knox said. “The 33rd was frustrating in JBay and the 33rd in Teahupoo, I didn’t really have any big mistakes there, I just didn’t get any opportunity. When that happens, you don’t beat yourself up over it, you just move on. I’m just fortunate and to do well at home in front of friends and family is an extra bonus.”

While Knox was able to capitalize late in the affair with Roy Powers (HAW), 29, both surfers had to endure two restarts before sufficient waves became available.

“That’s not the way you want to have a heat,” Knox said. “Roy (Powers) and I are friends and he and I were watching the waves this morning and were pretty excited. I feel bad because when you go out in a heat because you want everyone to have equal opportunity and that’s the beautiful thing about Trestles is that when the waves do come, there are a lot of the same waves, so the surfing wins. Roy just didn’t have the opportunity to get the waves.”

Knox will battle Bede Durbidge (AUS), 27, in Round 3 of competition. 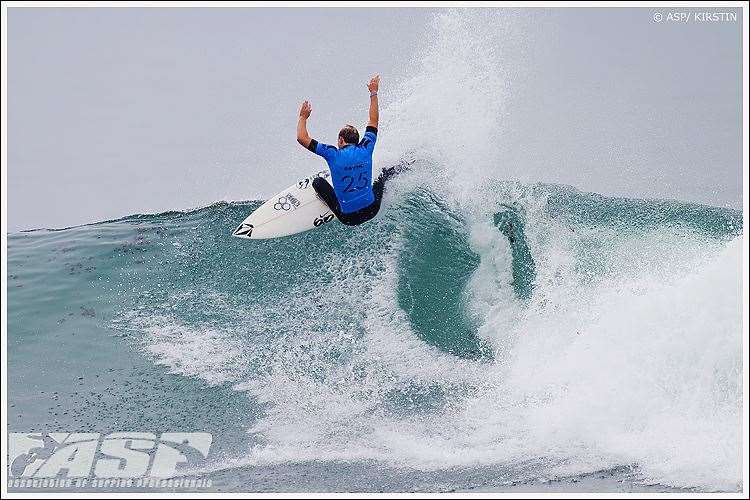 Dusty Payne while chugging along is yet to light up the world tour.

Dusty Payne (HAW), 21, relied on a variety of tail-free turns, rail-carves and committed air-reverses to dispatch French talent Jeremy Flores (FRA), 22, in their Round 2 bout in a high-performance matchup at Lowers Trestles.

“It was really tough to see out there,” Payne said. “The horizon is just blending in and it looks like all one color. I think when the wind picks up and gives it a bit of texture it’ll be a little easier to read. It’s hard to time your turns right now. Jeremy (Flores) is coming off of a good result in Tahiti. He made the Semifinals, so he had a lot of momentum going into that heat. I was just stoked to get through that heat. That round is no fun to lose in.”

Payne will take on reigning ASP World Champion Mick Fanning (AUS), 29, in the opening heat of Round 3.

Tiago Pires (PRT), 30, current ASP World No. 13, battled through a slow first half of his Round 2 heat to defeat dangerous Australian Dan Ross (AUS), 27, after unleashing powerful carves on two clean Lower Trestles right-handers in the back half of their bout.

“I’m happy to get the heat win, but it’s kind of tough because the waves were great before the contest started,” Pires said. “There were so many sets coming and you mentally get yourself ready for a very high performance heat, catching a lot of waves and doing your best surfing, but it didn’t really happen out there. I was bummed because I fell on my first left and I wasn’t really in rhythm. That would have been a good wave for me. Dan (Ross) is a very tough competitor and it was a stressful heat.”

Pires, who had won every Round 1 heat in 2010 prior to Hurley Pro at Trestles competition, was relieved to avoid a 25th place result and is hoping to generate momentum entering Round 3 as the swell builds.

“It’s always important to advance into Round 3,” Pires said. “This is the first contest this year that I didn’t win my first round heat, but it’s always good to make a few heats and get your body going, get your board going and I’m just hoping to get some more waves in my next heat and have a good second half to the year.”

Pires will face Owen Wright (AUS), 20, in Round 3 of the Hurley Pro at Trestles. 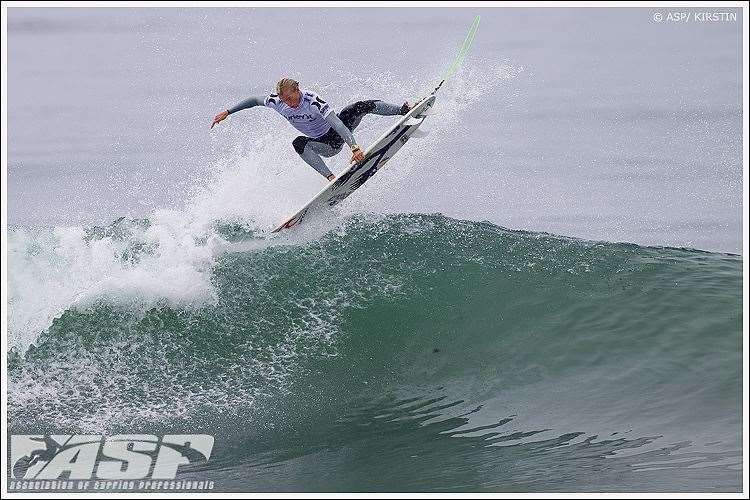 Gentle giant and aerial spider monkey Owen Wright has lit up the world tour and is looking strong at Trestles.

Kieren Perrow (AUS), 33, received the injury wildcard for the back half of the 2010 ASP World Tour and put it to good use today, surviving the elimination Round 2 against local Patrick Gudauskas (USA), 25.

“I knew it was going to be a tough heat,” Perrow said. “Pat (Gudauskas) is a great surfer out here. He lives here and knows the wave really well. He’s a really cool guy, I like Pat and it’s always tough when you come up against one of your mates. I saw him fall on a few and I was a little nervous too. That wave I got a 7 on, I probably could have gotten a higher score, but I just wanted to make sure I nailed those first few turns. I haven’t had a heat win in a few events, so I’m stoked.”

Guaranteed to remain a fixture on the elite ASP World Tour throughout the remainder of the season, Perrow now sets his sights on establishing himself amongst the world’s best.

“It feels good to get that heat win after getting the wildcard,” Perrow said. “I was kind of freaking in the middle of the year. I came back from my injury and I surfed the first few events with my knee injured. We had that long break and I felt really fit and focused and then I got two 33rds. It was really disappointing. I wasn’t even going to put an application in for a wildcard and after JBay I just thought ‘I have to do it, it was too much of a risk for my career.’ I’m stoked they gave it to me and it feels great to get a heat win.”

Surfline, official forecasters for the Hurley Pro Trestles, are calling for a substantial South swell to fill in over the next two days.

Event organizers will reconvene at 7am tomorrow to assess conditions for a possible 8am start.

When competition resumes, up first will be Dusty Payne (HAW), 21, up against reigning ASP World Champion Mick Fanning (AUS), 29, in the opening heat of Round 3.

The event will also be broadcast LIVE on FUEL TV in Australia. Check out http://www.foxsports.com.au/fueltv for details.